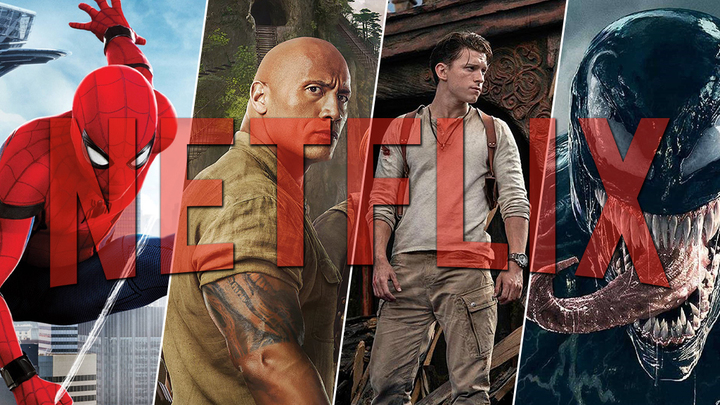 It looks like we won’t be getting a Sony streaming service shortly. According to IndieWire, Sony Pictures and Netflix have made a deal to turn Netflix into their exclusive streaming home as of 2022. Its upcoming films like Venom: Let There Be Carnage, Morbius, Uncharted, and Bullet Train will be heading directly to Netflix after they left theaters and are released physically. They’ve also inked a first-look deal. So, we will see more Netflix Originals produced by Sony. It’s another massive gain for the streaming service after crossing the 200M subscriber mark and purchasing the Knives Out sequels. Netflix’s Head of Global Films, Scott Stuber, gave the following statement:

Sony Pictures is a great partner and we are thrilled to expand our relationship through this forward-thinking agreement. This not only allows us to bring their impressive slate of beloved film franchises and new IP to Netflix in the U.S., but it also establishes a new source of first run films for Netflix movie lovers worldwide.

Now, there is one big question mark that hangs over everyone’s head, and that is how this will affect Sony’s relationship with Disney. The current live-action Spider-Man films are co-produced by the studios. Marvel Studios tackles the creative output so that it aligns with their Marvel Cinematic Universe. It may not directly affect their production, but it does mean that the latest adaptations won’t be available on Disney+ anytime soon. There is a chance that they might make an additional deal and share the rights, but anything is game in the current streaming wars. Deadline confirms that the Spider-Man installments are part of the deal. So, it doesn’t look like the wall-crawler will be available on Disney+ anytime soon for the foreseeable future.