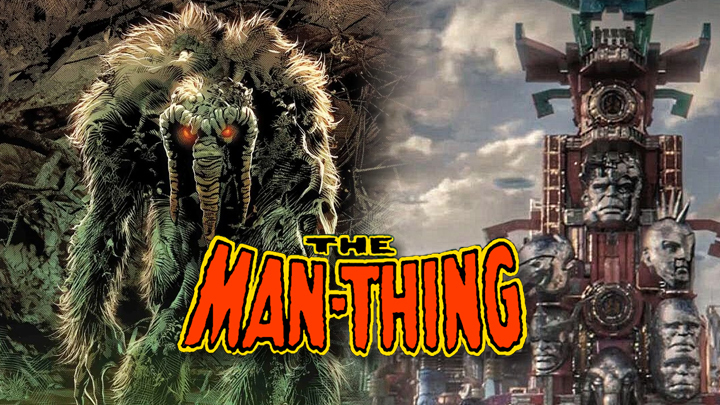 For over 80 years, Marvel Comics have taken fans on adventures spanning the cosmos, the multiverse, the depths of Hell and more. Thousands of characters have gone on countless journeys and saved the universe time and again and, over the past 13 years, have begun to make their respective ways into the Marvel Cinematic Universe. Marvel stable of comic characters is so vast that fans can’t reasonably expect all their favorite characters will find their ways to the MCU but, as we learned from our interview with Malcolm Spellman, Marvel Studios lets their writers work and then going to their expansive roster of characters to find just the right one for the job. As the MCU moves into Phase 4, there’s a character on Marvel’s bench that could serve as the connective tissue to a couple of key Phase 4 themes while also setting the stage for some properties in development: enter the Man-Thing. 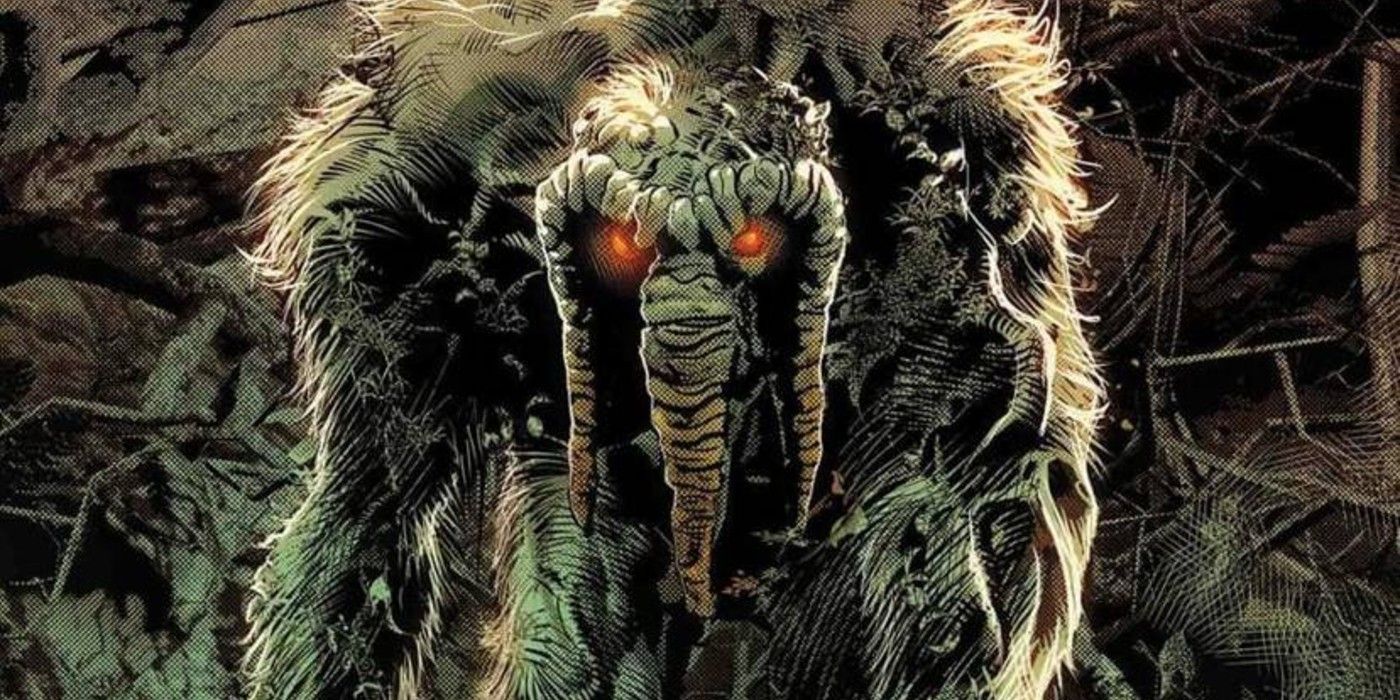 Man-Thing already exists in the MCU. We saw his loveable face on the Grandmaster’s tower in Thor: Ragnarok, met his comic book ex, Ellen Brandt, in Iron Man 3, got a name drop in Season 1 of Agents of S.H.I.E.L.D. and the Nexus of All Realities, of which he is the guardian, was seemingly referenced in WandaVision and definitely referenced by Erik Selvig in Thor: The Dark World. However, other than the look at his mug, we’ve never seen him in action but the revelation that Isaiah Bradley is a part of the MCU and that his blood has been used to attempt to recreate the Super Soldier serum could finally open the door for Dr. Ted Sallis’ story to be told and for us to finally meet the Man-Thing!

The Falcon and The Winter Soldier was all about the legacy of Steve Rogers and the Super Solider serum that made him Captain America and, as we found out, that serum has been at the heart of some terrible things. In the comics, Dr. Ted Sallis worked for the U.S. Army on a project which was intended to create a way to help soldier survive biological warfare. Before long, he found his way down the same road many Marvel Comics’ scientists have: attempting to recreate the Super Soldier serum. Betrayed and sold out to A.I.M. by his wife, Ellen, Sallis injected the only existing sample of the new serum into himself (as all good scientists do) and crashed into the swamp where, because magic, he was transformed into the Man-Thing. Sallis’ story has some other twists and turns, such as working alongside Curt Conners and also having a bit of his regen serum in him as well (I guess he could get his hands on that if say Curt Conners were to show up in Spider-Man: No Way Home), but the MCU is actually set up really well to retrofit his story and insert his story into the present day.

The Past: Sallis’ Research and Brandt’s Betrayal

Much of Dr. Ted Sallis’ comic book origins could easily be kept intact and adapted into the existing MCU, especially now that we know samples of Bradley’s blood have been the subject of experimentation since the 1950s. We know from The Incredible Hulk that the U.S. Department of Defense has experimented with Super Soldier serum during the interim and we could easily see Sallis retconned into being a part of the DoD’s research and working into the Everglades. While not something they necessarily need to do, Marvel Studios could easily retcon Ellen Brandt’s story (we only know that she was in the military herself and lost an arm) by having her be one of Sallis’ partners on the project, acting as an agent of A.I.M. (another organization that could really use some retconning). In the current MCU timeline, A.I.M. came into being sometime after 2000 and Brandt joined up in 2009. Sallis’ story could easily take place in the early-to-mid 2000s and allow him to meet and fall for Brandt, have her betray him and try to steal his work and have him encounter her one time as the Man-Thing, explaining the scarring on her face. Maybe we could even find out how he won the Contest of Champions!

The Present: The Nexus of All Realities 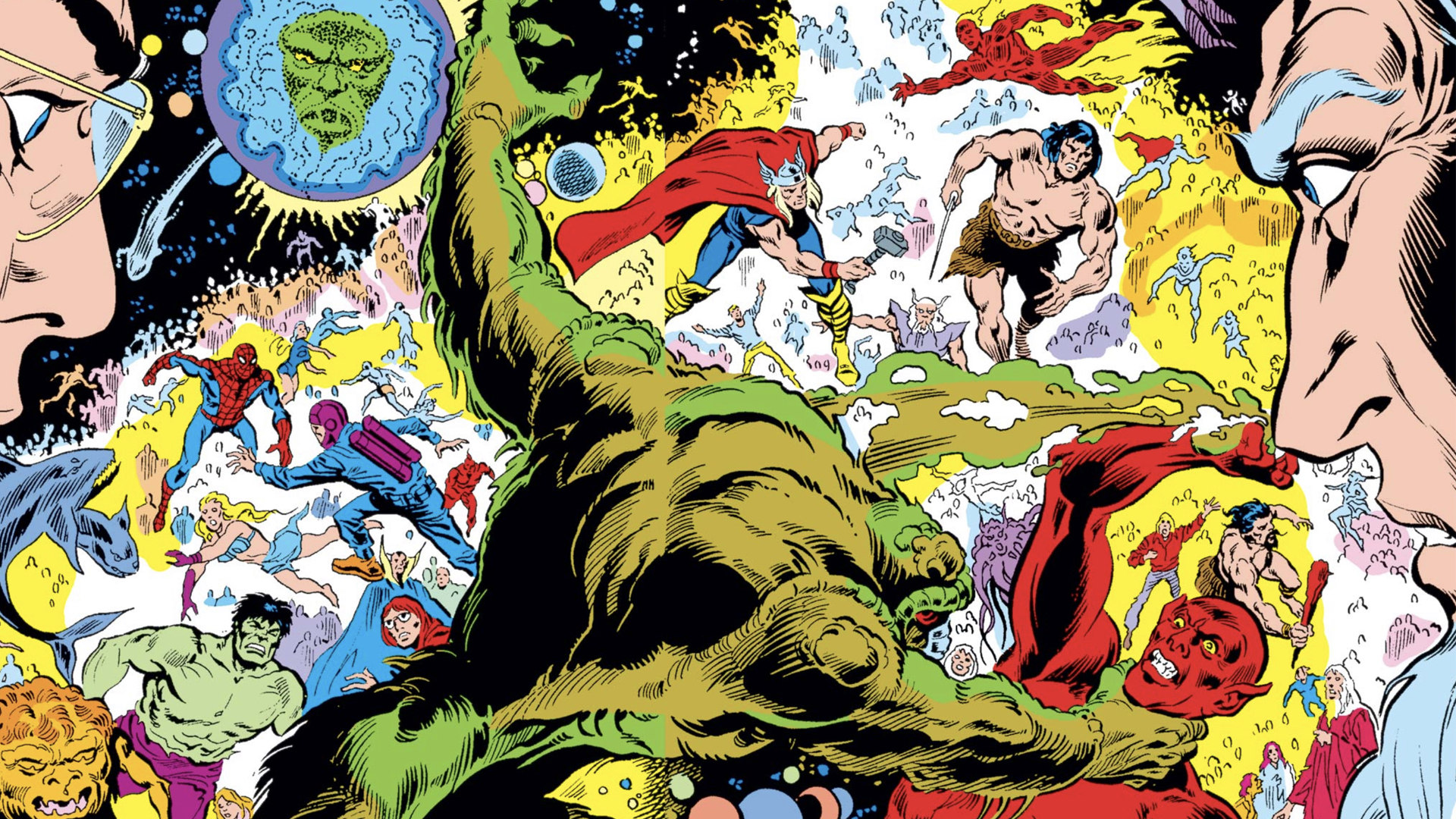 Spider-Man: No Way Home is set to bring all sorts of characters from their respective multiverses to the MCU, a theme that seems like it’ll spill over into both What If…? and Doctor Strange in the Multiverse of Madness. In the comics, the Nexus of All Realities is the type of interdimensional gateway that would allow for characters like Tobey Maguire’s Peter Parker or Alfred Molina’s Doc Ock to travel from one universe to another and it’s Man-Thing’s job to protect that gateway as it is the crossroads for the entire Multiverse. As the guardian of the Nexus, Man-Thing has the ability to transplant people and places from their home reality into this one by opening portals to other realities. While we’ve never heard anything about Man-Thing showing up in any of these projects, if there were ever a time for big fella to arrive in the MCU, that time is now. 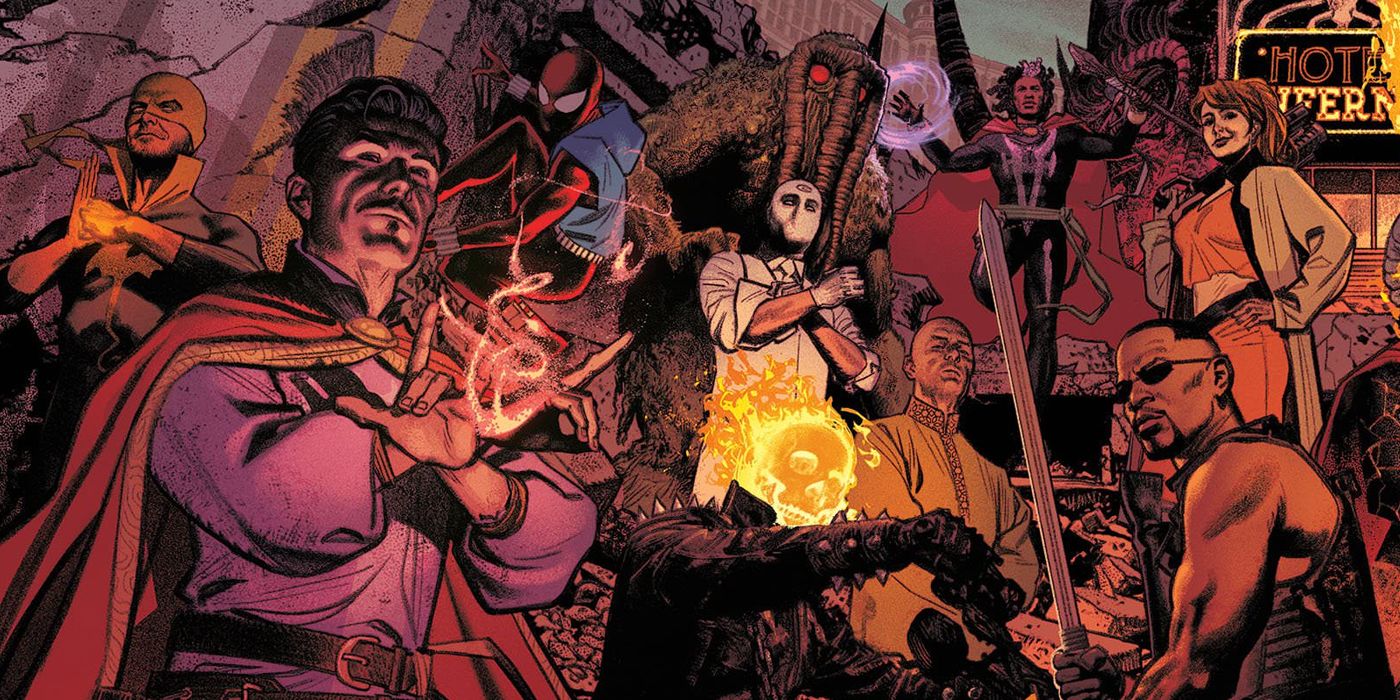 Doctor Strange is present and Brother Voodoo is expected to join him shortly. Moon Knight is coming soon. Blade is headed to the MCU. Ghost Rider is in development. The supernatural side of the MCU is about to get crazy and bring in any manner of vampires, demons or other horrific creatures. Should the threat get bigger than any one hero could handle and a team-up be necessary, the Midnight Sons are that team and one that fans have been hoping to see come together for quite some time. Having first come together in the early 1990s, the team reassembled recently in Doctor Strange: Damnation with a few changes to the roster. If we were to meet Manny sometime soon, we could see him join this team in time for something like the third Doctor Strange film or even an event series on Disney Plus.

Given that the set up exists thanks to the MCU’s past, the great opportunity for him to tie into so many of Phase 4’s projects and the fact that the spooky side of things is going to make its way into the MCU, Man-Thing might be the nexus point of the shared cinematic universe if they give him a chance.