Episode 7 of Doom Patrol methodically builds onto the Sisterhood of Dada storyline while gradually weaving in our main heroes. Flashing back and forth from past to present, we see how intricately the details of Laura and Rita’s past have come to a head in the present. While it takes a little time to truly get going, by the end of Bird Patrol there’s no doubt that the story is rolling and rolling fast. While the Dada story is undoubtedly still the heart of the episode, we get very meaningful developments with our main characters that suggest more dramatic changes and decisions will come their way very soon. The end of the episode is wacky and confusing, but is an incredibly intriguing cliffhanger and setup for next episode.

The episode gives us more of an explanation as to what the Sisterhood’s goal actually is. Last episode, they were simply metahumans trying to find comfort with one another and express their creativity in a safe space. While in present day, we watch foreboding fog roll in slowly throughout our characters’ unrelated lives. At some point, the Sisterhood grow pretty tired of their lives because they realize they are not actually making any difference in the world. The growing fire for change coupled with a triggering event is what moves the Sisterhood from an eccentric group of friends to an odd group of perpetrators bent on the eternal flagellation.

Laura’s role in the Sisterhood’s transformation becomes apparent as we watch her ultimately betray the Dada by caving into Bureau pressure and reclassifying the members as weapons. What makes this arc so interesting, though, is that Laura does not become “evil” or a “villain”, but rather is portrayed as a woman who saw the need for more soldiers after World Wars I and II. She’s tired, depressed, and somewhat hopeless—there’s not much active intent to do harm, and she truly believes she is doing the right thing.

The show has been working on filling in the gaps in Laura’s story, but at the same time we’ve been adding on to Rita’s. Her relationship to Laura and Laura’s betrayal causes everything to come together by the end of the episode. The moment the episode chooses to reveal Laura’s true betrayal of the Sisterhood is pretty stunning. After the fog rolls in and takes over, the Doom Patrol and Laura are in a sort of rundown, haunted version of the place the Sisterhood used to meet. Something possesses the characters to do strange dances that the Sisterhood members used to do. All of this causes Laura to regain her memory, and its shown that she is reenacting when she and the Bureau came to apprehend the Sisterhood as well as Malcolm’s death in the process. The past-present switches are phenomenal, and it solidifies how important Rita’s role in the story is after her love Malcolm’s emotional death.

The only negative to the reveal is that Laura isn’t close enough with the Doom Patrol for the reenactment of her betrayal on them to hit all that hard. Still, it underscores Jane’s realization later that this story has really nothing to do with the Doom Patrol. It’s an interesting stance to take for the show, but the past couple of episodes have proved that they can be a useful vehicle for the Dada story, and the upcoming eternal flagellation along with Rita’s new life will certainly play into our characters’ own stories. Plus, the Dada story certainly benefits in terms of how enjoyable it is from having the Doom Patrol serve as a sort of middleman.

The Doom Patrol are continuing their (what feels like) mini-stories while the rest of this is going on. Cliff is still addicted to several online activities and is generally being an idiot. Jane is inching closer and closer to a major confrontation with the other personas over Kay growing and maturing—no one really says it explicitly, but clearly the other personas are concerned about disappearing, and it’s interesting that Jane doesn’t seem to either think or worry about it. Vic is still looking into synthetic skin and calls Roni who encourages him to keep the tech to be a better hero—essentially, Vic has to figure out if Cyborg is important enough to outweigh the fact that he doesn’t know if he even is “Cyborg”. Larry’s lump turns into some sort of giant larvae that he vomits up. Laura tells him to burn it, but Larry can’t get himself to hurt it. Instead, he leaves it in the woods with a sleeping bag and a peanut butter and jelly sandwich.

The end of the episode is bizarre in the best way. Rita shows back up in the present day as the surprise-ish orchestrator of the eternal flagellation. She’s notably different—she’s much more confident, angrier, and more demanding. She’s certainly not the passive Rita we’ve known. The Sisterhood have some sort of giant cage with a bonkers-looking monster. Rita absolutely insists that Laura has to be the one to open the cage and begin the eternal flagellation. It seems to be pretty important, but Laura doubles down on believing she did the right thing so someone else opens it. Countless strange birds (“Dada birds”) emerge and fly everywhere. It is yet to be seen if the fact that Laura didn’t open the cage has some actual consequences.

While Rita and Laura are coming to a confrontation, Laura escapes by shapeshifting into a bird and flying off. It’s absolutely chaotic, and this is all happening while the Doom Patrol just sort of stand there confused and not a part of any of it. It seems like they will be, though, because the final scenes are them being sort of zapped up by Dada birds and disappearing.

Bird Patrol was probably the most exciting episode of Season 3 to date. The ending undoubtedly served as quite the cliffhanger going into the eternal flagellation, which is still incredibly mysterious and unknown. This episode makes it clear that Doom Patrol can tell a story where the Doom Patrol isn’t actually all that important. The show recognizes that they are entertaining and creative vehicles to tell another story through, and the inevitable weaving of them into the greater narrative can only make the actual story more fun than it could be on its own. On the other hand, having the Doom Patrol’s sporadic individual stories organized and portrayed through a larger and somewhat unrelated plotline also amplifies those stories in a way they would not have been otherwise. 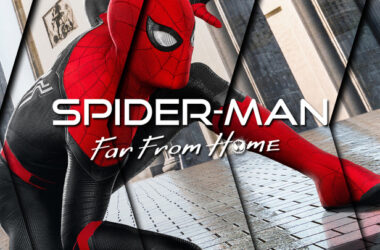 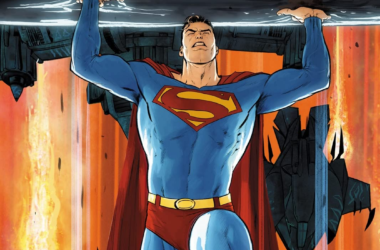 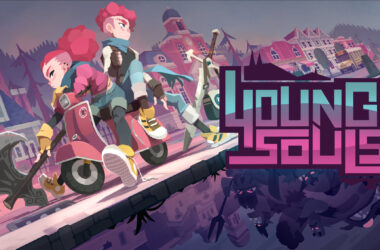 What do you get when you combine classic 2D beat 'em up gameplay with RPG elements and bubblegum animation? You get Young Souls.
Read More