On Christmas Eve 2012, Michael Waldron wrote the first pages of his wrestling show, Heels. Last night, the final episode aired on Starz, wrapping up what was one of the best TV series of 2021. And while the episode revolved around the DWL and its crew of wrestlers performing on their biggest stage ever, the South Georgia State Fair, and the climax of the episode and of season 1 took place in the squared circle, Episode 8, “Double Turn”, wasn’t about wrestling…and neither is Heels.

Waldron and showrunner Mike O’Malley (who also plays Charlie Gully, the founder of the rival FWD wresting league) have created a show that pulls back the curtain on the world or wrestling. The audience is immersed in the language and trade secrets of professional wrestling right off the bat in Episode 1, “Kayfabe”, and throughout the series. But the series is as much “about wrestling” as The Walking Dead is “about zombies.” Heels is about people: good ones, bad ones and ones who don’t know for themselves which side of that coin they fall on. Heels is about characters-and great ones, too. Heels is about family, dreams and refusing to accept setbacks as permanent failures. Heels isn’t a wrestling show: it’s a show about the human beings and wrestling is simply the vehicle through which their stories are told.

Season 1 revolved tightly around the Spade family and the fallout of Jack’s efforts not only to keep the DWL afloat but to elevate it to the heights his father, Tom, had dreamt of. Over the course of the season, Jack’s refusal to give up on the dream and his need to be in control of the DWL’s story have caused him to lose sight of the role that he’s playing in his own and in Episode 8 he comes face-to-face with what that’s cost him. The deconstruction of Jack Spade is one of Waldron’s greatest Season 1 accomplishments. Even though he’s the heel of the DWL, Jack is the patriarch and de facto “good guy” of his two families; however, as the season progresses, the same determination and perseverance that has kept the DWL alive becomes Jack’s weakness. By the time he decides to loosen his iron grip, he’s lost his family even as the DWL reaches new heights, literally and figuratively, at the conclusion of the episode’s wild-ass ladder match.

And while Jack is the main character of this wrestling show, he’s surrounded by a dozen other colorful characters, each with almost the perfect amount of their own stories to make them matter just as much as they need to. This is, perhaps, one of the toughest balancing acts a creative team has and here it’s done incredibly well. The supporting cast around Jack do what a supporting cast should do: flesh out the main character. His relationships with Ace, his wife Staci (who quickly became one of the series’ best characters), Willie, Wild Bill and his father, Tom, define him; however, the relationships those characters have with other characters define them to the audience as well, making them, in most cases, fully-realized, multi-dimensional characters with interesting stories of their own. Waldron and O’Malley have said they have 5 seasons of the series mapped out and with characters like these, it’s easy to see how they have enough material to fill that out. As Episode 8 brings Season 1 to a close, it’s Crystal, a character not even mentioned above, one that was treated as disposable by almost everyone, who bails out Jack and the DWL just when everything looks to be crumbling down. Part of Crystal’s story is one that many folks are all to familiar with but Crystal refuses to let her circumstances be an excuse and dictate her reality. She’s progressed from the girl Ace banged when he was bored to the savior of the DWL and did so while being disrespected and denied at every turn. Great shows have great characters, something Heels has…in spades. And while these characters are wrestlers, they aren’t great because they’re great wrestlers; they’re great because Waldron and the writers’ room seem to deeply understand and connect with people and express that here in the way they curated these characters.

Reflecting back on the first season of Heels, it’s clear that one it’s core themes is processing trauma. Nearly every single character has been traumatized at some point and most of their traumas revolve around or are connected to wrestling. And so while that puts wrestling at the center of the series, it does not make it a “wrestling show.” What Heels ultimately becomes is a mirror into which we should all take a look and reflect on how we process our traumas. Do we drink it away? Do we hurt those closest to us because we’ve been hurt? Do we run away from it? Or do we confront it head on, process it an grow? Heels is a deep and beautiful character study in how we are all shaped by trauma and how the ways we choose to deal with us can impact us and those around us. Heels explores the nature of what makes us good guys (faces) or bad guys (heels) and how life almost never allows a binary determination of those things: we’re often the good guys in our own stories while being the villain in someone else’s. If you want to watch a wrestling show, turn on Raw; if you want to watch a show that’s going to hit harder than a Scorpion Death Drop, check out Season 1 of Heels. 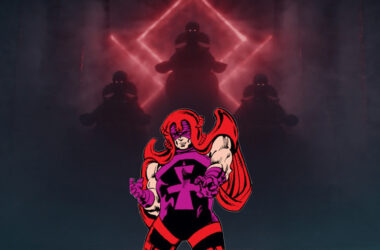 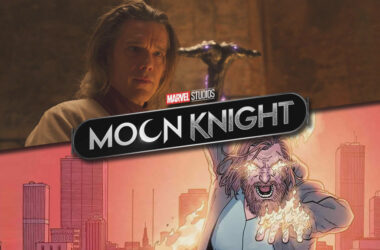