Mary Maerz
0
0
0
The third episode of Moon Knight features more supernatural lore and is a special treat that can only likely exist in a genre-fuzzy world.
Total
0
Shares
0
0
0

Throughout its first three episodes, Moon Knight has solidified that it, at the very least, feels substantially different from the vast majority of Marvel Studios’ projects. Generally speaking, this is a positive — why anyone would want the Marvel Cinematic Universe’s 33rd entry to be as similar to the rest as possible is a mystery. Moon Knight stands out with its ability to make the viewer feel as though they know just about as much as its original, in-the-dark protagonist; its heavy reliance on Egyptian mythology and imagery; and its focus on the development of its main character(s). Still, this unique take is not without its growing pains.

For one, a lot of important background information seems to have been generally skipped over. There are a few very brief moments of dialogue that attempt to explain Marc Spector, Moon Knight, and Khonshu, but everything moves on without an actual understanding. Is this the result of the series trying to be a better origin story by avoiding the predictability of traditional origin stories? Most likely, yes. There is far too much background to remain unaddressed, and it seems entirely intentional that there are no flashbacks or long expositions. The viewer is almost kept as up-to-speed as Steven is at all times, which is a unique and potentially intricate way of exploring a nonlinear narrative. Halfway into Moon Knight, it is still too soon to tell how exactly it will pay off.

While there is often not enough lore, at times in Episode 3 there felt like too much. The meeting-of-the-avatars scene felt out of place. While the concept of Egyptian deities and human avatars had remained sort of “small” in terms of its presence within the series, this moment really took it to a dramatic next level of complexity that the show did not feel ready for, nor that truly felt needed. It does go to show, though, that Moon Knight and Khonshu are part of a much bigger thing, and that bigger thing is not a fan of Khonshu. That leaves Marc as the odd avatar out as well, further emphasizing that the character is on the fringes of virtually any environment he is in. When Khonshu is imprisoned at the end of the episode, it leaves Marc and Steven without the ability to summon suits or hear the god. But considering how limited some of that was anyway, it does not feel like it had the type of impact it should if the viewers are meant to truly feel affected by that.

Moon Knight definitely feels more akin to drama with supernatural elements rather than an action-adventure. That fits with the notion that the show is truly a character study, but it can be a bit hard to reconcile with the general branding and advertisement, which certainly put the suited-up Moon Knight in more of a spotlight than the series has to date. Quite frankly, the Marc Spector-level element of the character has almost always been much more interesting than the vigilante one, but there is some amount of tension between natural expectations and watching the story play out. It could certainly be guessed that the series itself doesn’t exactly know where it stands in terms of its own focus and scope. While some might find it more difficult to sink into an MCU series with different tones and narrative themes, Oscar Isaac’s performance alone should be enough to convince anyone to give it a real shot.

In any event, the pacing of this episode remains impressively consistent in terms of how well the plot progresses. Whether one likes the story at any given moment or not, it moves at such a strong pace that keeps the puzzle building quickly enough that nothing feels stale. Everything is always moving, and even the quieter moments stay dynamic. Anything that tries to combine darker tones with humor will meet resistance, but Steven Grant’s intrinsic humor—and Mr. Knight’s by relation—are some of the highlights of this episode and the series as a whole and add to the exciting current of Moon Knight.

Worth mentioning is how great of an addition May Calamawy’s Layla is to the series, and it was highlighted in this episode. Romantic leads have a tendency to be shallow introductions that, at best, add to the main character’s presence rather than providing anything new. While that is not necessarily always a negative thing, Layla avoids that problem completely as she both adds to Isaac’s character(s) and is a genuinely meaningful part of the story. On one hand, the character actually provides an Egyptian connection to the Isaac and Ethan Hawke-led show that extensively incorporates Egyptian mythology, symbology, and setting. Her background in stealing already-stolen relics makes her one of the most useful people around this very relic and artifact-heavy scavenger hunt of a series. She also plays into the Marc-Steven dynamic, as her interactions with newly-met Steven emphasize the differences (and similarities) between the two personalities. The fact that we’ve heard that Khonshu is interested in having her as his avatar is growing to be a much more interesting premise.

The action scenes in this episode are relatively few, and they again do not live up to the wide expectation that this show was meant to be substantially more violent than other projects. There are some solid moments, like when Marc punches the guy licking the knife, but it continues to utilize slow motion at odd times that can take you out of the action. These scenes do imply that Marc is rather violent, as Steven stopped him from slashing that dude’s throat. Still, he often held back—and the episode teases that there may be more to Marc and Steven than we know, as both seem to blackout while their body kills several people.

Overall the third episode of Moon Knight is on par with the tone and character-level scope of the first two but with the underlying Egyptian deity and Arthur Harrow danger getting closer and closer each minute. This episode tackles supernatural lore more than the previous two, which does cause the balance between “superhero show” and “character study” to change, though watching Steven Grant, Marc Spector, Mr. Knight, and Moon Knight all in a power struggle to both save the world and not lapse into insanity is genuinely a special treat that can only likely exist in a genre-fuzzy world. 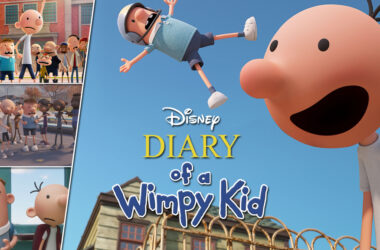 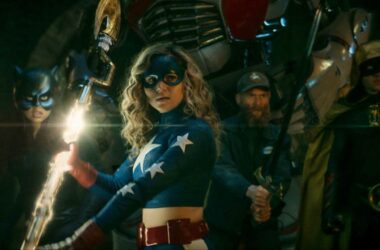 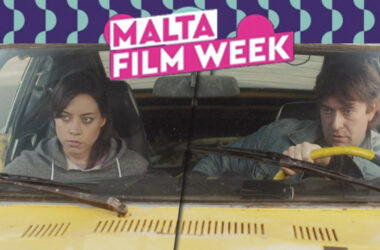