Hunter Radesi
8
0
0
Prime Video’s ‘Night Sky’ draws most of its beauty from the hearts and souls of its characters.
Total
8
Shares
8
0
0

Sissy Spacek and J.K. Simmons are two remarkable acting powerhouses, and for most of its eight episodes, Amazon Prime’s latest science-fiction offering Night Sky feels designed specifically to point that out. The slow-burn series from creators Holden Miller and Daniel C. Connolly centers around elderly couple Irene and Franklin York, played by the aforementioned Academy Award winners, who live a seemingly normal life in a small Illinois town. Of course, normality isn’t what qualifies the show as science-fiction, so there is one major twist – the couple are hiding a mysterious portal to another planet in the ground under their shed. They manage to maintain a fairly dull life despite this shocking secret, until a strange young man emerges from the otherworldly doorway and turns everything they thought they knew upside down. From that point, it’s mostly just really good acting.

The show’s premise will draw people in, but Spacek and Simmons will be the reason they stay. Although the written synopsis may appear to promise moments of visual awe and pulse-pounding discovery, that type of storytelling is actually fairly sparse for most of the series’ runtime. Aside from a handful of truly beautiful cosmic scenes and a subplot involving cult-like bounty hunters, the majority of Night Sky is actually a long-form drama about the endless, overwhelming love shared by Franklin and Irene. In fact, it becomes apparent partway through the season that the whole “space door” plot point, and the ancient organization associated with it, are more so catalysts to challenge and examine the York’s marriage than they are real developments of their own.

This works almost exclusively because the show’s leads are so good at what they do. The series’ writing is very well done, but its pacing is far slower than expected. While the front and back of Night Sky are filled with exciting progress, the middle chunk of episodes suffer from a frustrating lack of life that could leave some viewers in a position of wanting to change the channel. Truthfully, Night Sky does not seem to be structured with the binging model in mind. Most episodes are dense enough that they could use that old-fashioned week of processing and analysis between installments. Attempting to take in more than a couple of episodes at a time could prove to be a bit much, so the recommendation here is to slow your roll and appreciate independent episodes for what they are.

Once the season gets cooking, however, it has a lot of really intriguing things to say. The main point of tension in the York family is the lingering death of their son, Michael, who passed away decades before the start of the show. His loss of life has caused Irene and Franklin to struggle finding meaning in theirs, with their care for each other as the only thing still keeping them around. The sudden arrival of Chai Hansen‘s curious Jude into their lives threatens to rupture the relative peace Franklin has procured for himself and Irene in recent years, but it means something else entirely for his wife, who sees the situation as an opportunity to experience something real again. Much of the personal conflict that follows revolves around the duo’s differing outlooks on how Jude will change their future and affect their views of the past, and makes for a rather compelling relationship drama from a demographic not seen as frequently on television.

The other main plotline in the series follows Julieta Zylberberg’s Stella and her teenage daughter, Rocío Hernández‘s Toni. Without getting too far into spoiler territory, the pair spend much of the show’s first season on a cross-country road trip that forces both to confront questions about themselves they’ve been avoiding for most of their lives. As expected, this drama comes to a head around the same time Franklin and Irene resolve their comeuppance. The common theme shared between the two plots is simple, yet effective. Both pairs of family members spend too much time running in circles, desperately trying to avoid the inevitable. They do so because they are scared, and because change, especially immense change, is a terrifying thing to face head-on. It isn’t until they accept fate and embrace change that they realize how glorious life can be.

The most impressive thing about Night Sky is that it consistently makes you forget there’s a big space portal in the protagonists’ backyard. Where most science-fiction shows tend to bury character drama beneath cool special effects, Amazon’s newest does the exact opposite. The beauty of the series does not come from the infinite universe in which it takes place, but instead from the hearts and souls of the characters that inhabit it. 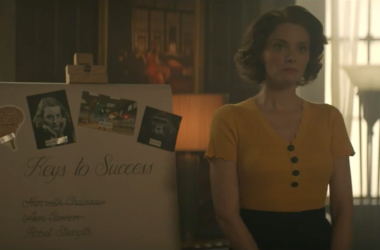 Season 3 of Doom Patrol is nearing its end, and "Evil Patrol" helps do the work to ensure the finale is special.
Read More 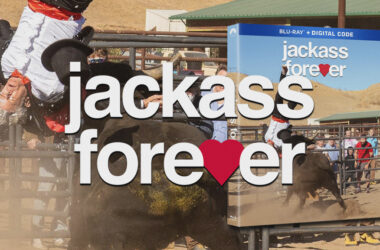 Jackass returns! Fans of the franchise will want to pick up a Blu-Ray copy of Jackass Forever, if only for the bonus content.
Read More 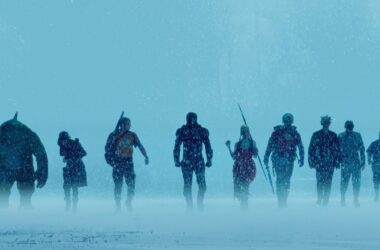