Let’s get one thing straight off the bat. I did not go into this film expecting a masterclass of cinematic action. I based my expectations on my experience with the first film in 2017 and set the bar for its sequel at around a decent action popcorn flick that you could have a couple of chuckles with your friends. And having that expectation going into the movie probably aided the moviegoing experience overall. The Patrick Hughes-directed sequel somehow managed to essentially be a much louder version of its predecessor. 25% of that loudness can be attributed to the decent amount of action, explosions, and high stake chases while the other 75% can be attributed to the rest of the cast; 50% of it going to Salma Hayek.

PRO: The A+ Star-Studded Cast

Without a doubt, one of the saving graces in this movie was the superb acting from this stellar cast. Ryan Reynolds once again nails his role as Michael Bryce, ex-AAA Bodyguard. Comparing his performance in this series of films as the safety-obsessed, careful-to-detail ex-bodyguard to his more outlandish and unhinged portrayal of Deadpool really is a testament to the range that so very few actors can deliver when it comes to their films. Samuel L. Jackson also returns as the lawless hitman, Darius Kincaid. There was no limit to his resorting to violence, guns, puns, and a whole ton of expletives. You could tell Jackson had fun working on this project and enjoyed every second of screentime he shared with his costars. Speaking of co-stars, Antonio Banderas was introduced to the franchise as this film’s big bad, Aristotle Papadopolous. Comparing it to the antagonist of the sequel’s predecessor, Banderas’ role in this film kind of fell flat, mainly because I couldn’t invest in Banderas as a character. At least with Gary Oldman, you could feel invested in the motives and be convinced that this was a dangerous individual. But in the end, he served his purpose. The true wild card of this film was without a doubt Morgan Freeman. The collective gasps and shocks in the theater really delivered as one of the film’s coolest twists. And, saving the best for last, Salma Hayek just absolutely killed it as Sonia Kincaid. Her completely unhinged portrayal as the wife of the most dangerous hitman in the world really is on par with Samuel L. Jackson’s performance and both were able to play off each other so well in so many aspects. Her interactions with her costars were fantastic and she pretty much stole the scenes she was in with her incredibly powerful voice and loud use of Spanish expletives. She just goes to show that you should never piss off a Latina woman.

CON: Almost everything else

Let’s break it down by category:

Cinematography: The shots and visual aesthetic of the film were great. The sights and locations all across the Mediterranean were fantastic. Where it falls flat was more on the editing process. There were so many scenes that cut from one place to another and really affected the pacing of the film overall. It felt as if there were some pieces missing when going from one scene to another. Regardless, the overall grade was a B-.

Script: The writing in this film was just all over the place. There were some points where the film really tried to make genuine approaches to the psyche behind Bryce’s backstory before making a complete joke out of it. Every character’s motives in this film were simple and to the point and I don’t really see that any of these characters grew thanks to the events of the story so they all remained 1 dimensional to me. So, the grade for the writing there was a C.

Sound and Score: Atli Örvarsson really delivered on the score of this film. The 70s inspired Cop vibe was fantastic and loved it through and through. The grade there was an A+.

Final Score: If you’re looking for a film where you don’t have to think too much into the character’s motives and want a couple of good laughs and a good time, then The Hitman’s Wife’s Bodyguard really has got you covered on that front. So the final grade for this film overall is B-. 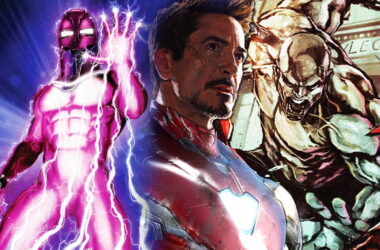 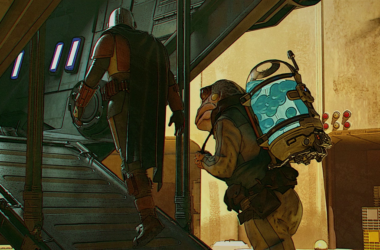 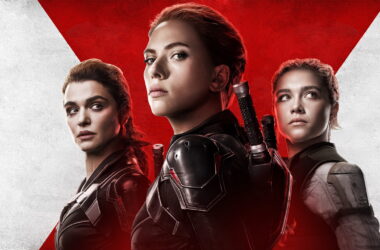