Hunter Radesi
1
0
0
Amazon’s The Marvelous Mrs. Maisel is back for its fourth season and our titular character is more anxious than ever.
Total
1
Shares
1
0
0

It feels like a lifetime since we last saw Rachel Brosnahan step on stage and grab a mic as the exuberant, crowd-pleasing Mrs. Midge Maisel. A lot has happened in the real world since 2019’s excellent third season aired, and fans of the show are no longer who they once were. Where there was once cool determination towards fast-paced success, there is now loads of anxiety surrounding an uncertain future. Many post-pandemic projects have tackled this newfound era of global turmoil with on-the-nose allegories, while others have chosen to ignore it completely and embrace the concept of escapism. The first two episodes of The Marvelous Mrs. Maisel‘s latest outing have taken a more subtle approach, opting to reflect the current state of affairs with a fresh tone that puts Midge and Alex Borstein‘s Susie Myerson on a new path of personal apprehension.

To be clear, it does this exceptionally well. It helps that the shift in the titular character’s mood is an organic offshoot of where we last saw her, having been kicked off a life-changing tour and left to mope on the airport tarmac. A moment like this leaves a lot of doors open, and what the writers choose for the character next becomes a defining moment in the show’s story. In the season’s first episode, Rumble on the Wonder Wheel, it’s a mental break not unlike what many viewers have likely experienced in the past few years. It’s self-doubt and self-sabotage meant to rationalize the blow of life falling apart and slipping out of one’s own control. Charmingly, it’s also how someone who really wants something can crawl out of their own gutter to go and get it. The season’s second episode, Billy Jones and the Orgy Lamps, is a wonderful flip side of the coin. Despite the darkness of everything our heroes must face, viewers are treated to the glimmer of light that comes from no longer caring to play the game. This batch of episodes sees Midge, and Susie, in rare form, and sets them up for a journey that promises a confrontation with questions they’ve never been asked before.

Though the show may be venturing into unfamiliar emotional territory, its other signature hijinks remain gleefully intact. In particular, the pacing of each episode continues to be some of the best tempo work on television. Even in the slower, more dramatic moments, every comment made, sound created, and move taken fits together like a well-choreographed dance number. The natural chemistry of the show’s cast oozes out of every conversation, with dialogue rattled out at speeds that would make theater kids blush. It’s joyous watching sets brought to life by a machine that’s so well oiled, with steadily reliable tracking shots and visual color coordination that make it hard not to be engaged. If anyone thought Amy Sherman-Palladino‘s energetic production would lose steam heading into its fourth season, they should be pleased to find it’s more alive than ever.

This is due, in large part, to the supporting cast. While Midge and Susie face demons, the rest of the gang bring the show back to the upbeat comedy that made audiences love it in the first place. There’s a great bit at the end of the season’s first episode that puts the series and it’s characters on the same level of blissful, beautiful, unaware chaos as It’s Always Sunny in Philadelphia. These are people with massive personalities, and much of the best humor comes from when innocent civilians are thrown in their way. In this scene and many others, Tony Shalhoub and Kevin Pollak remain the series’ underrated MVPs. Timing is everything in the world of Maisel, and these two have it in spades. Every line is delivered with neurotic perfection, bouncing off whoever shares the screen like a basketball on a concrete court. Michael Zegen is perhaps more likable than ever as Joel Maisel, who seems to be on the latter end of his redemption arc. The B-plot revolving around his new life as a club owner in New York’s Chinatown is surprisingly interesting, and more welcome than the show’s previous forays into his rollercoaster personal life. Along with Shalhoub‘s math teacher-to-art critic character journey, the series appears to be shaping into it’s final form as a story about people realizing what they’re truly passionate about.

Speaking of final form, Season Four, so far, feels very much like the beginning of the end for this beloved series. While it’s possible it goes on for a little while longer, the essence of Rumble and Billy Jones is that the overarching story is starting to figure out where it’s going. From the very first, striking shot of the season’s open, it feels as though The Marvelous Mrs. Maisel may be headed toward her final act. Luckily, there’s still some ground to cover, and this new set of episodic installments promises to bring a whole lot of laughs, and maybe a few more tears before it’s all over. 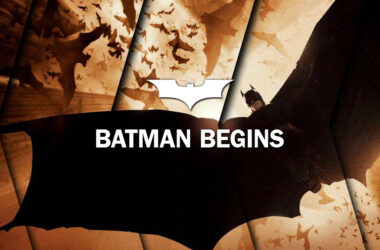 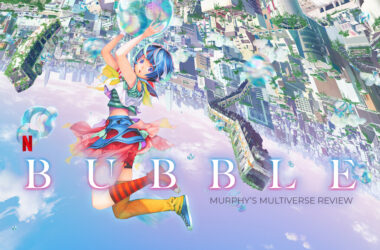 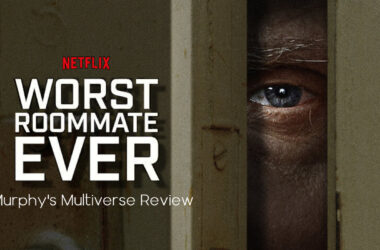 Netflix's Worst Roommate Ever has the ability to be exciting, unfortunately, though it feels like an Investigation Discovery rehash.
Read More