monarchwrites
0
0
0
If episode 5 was a standout memorable moment, episode 6 was a defining one
Total
0
Shares
0
0
0

Episode 5 of How I Met Your Father really upped the emotions and was a standout episode for the season. As a result, episode 6 had a lot to live up to in order to keep the show on a high. From an amazing emotional performance last episode to humor massively improving from episodes 1 and 2, I had hopes that the show would keep up and be able to meet that kind of quality for the entire second half of the season. Did Episode 6 continue on the great path?

“Stacey”, the episode title, refers to Sophie’s current love interest’s ex-girlfriend because all sit-coms need that episode in the beginnings of a new relationship. To avoid spoilers, the man in question on this episode will not be named. He and Sophie are invited by Sid and his fiancee to a weekend out. Not having previously slept together, obviously, tensions were a little high.

The episode did a really good job of focusing on the relationship aspect of the show. I have already said how well they have been developing the characters and relationships thus far; the show really dug into that this episode with each of the main cast members. From Sid and his fiancee dealing with their own problems, to Sophie and her current love interest dealing with some jealousy with the ex-girlfriend, and the rest of the cast having a dinner party, which ends up revealing many secrets about their relationships as well, it was all handled competently.

As previously discussed, the emotional moments of the original show and how they were starting to come up on the new show as well matter. After last week’s episode, I thought they would surely save episodes like that for the end of the season, as most shows do. However, with the season only being 10 episodes long, I also felt they would be wasteful if they followed that since there really isn’t time for filler episodes that sitcoms are known for. Luckily, they did not nearly do what I expected, at least so far.

If episode 5 was a standout memorable moment, episode 6 was a defining one. Sophie not only has an absolutely charming end to the episode when all loose ends are tied, but she also has a surprising moment with one of the other characters on the show (who I suspect is the true father). One moment that further develops the current relationship, and one that hints at other possibilities is one of the biggest things I loved from How I Met Your Mother, comes to How I Met Your Father and I am all for it. Always keeping viewers on their toes about the mystery of the aforementioned father is what the show truly needs to shine and keep viewers engaged and, so far, they have absolutely killed it. With one character currently winning Sophie’s attention, one that makes sense on a lot of levels, again, no spoilers, and one that has openly denied very unconvincingly that he is in love with her, there are so many possibilities.

Humor also stayed on a high note in this episode. Multiple character moments had me giggling and some added environmental humor that,while a little corny, also managed to get a laugh out of me in the end. Add in a whole lot of banter from the cast and the show really feels like it is getting in a grove. Great sitcoms are a mix of good humor, memorable characters, and relationship development. How I Met Your Father already had the relationship development down; now, the memorable characters are getting developed perfectly. While some moments are still corny, or definitely will not age well, they are starting to work out those kinks, which makes me really excited for how the recently announced season 2 will help in that area even more.

The second half of the season is really getting How I Met Your Father on a hot streak. With better humor, keeping up with the tremendous characters, and delivering absolutely stellar moments, the problems of the first two episodes seem so far away now, likely even to be more forgivable on a second watch-through, similar to season 1 of How I Met Your Mother. I truly hope the show stays on this path, I am absolutely loving how charming and emotional it is becoming, and with season 2 confirmed, I cannot wait to see what else this cast and crew are able to deliver with feedback in hand. The foundation is set for success on this show’s journey to be a great successor to the phenomenal original, maybe even being able to fix some of the original’s complaints, such as the often criticized final season. With only a few episodes left this season, I’m excited about where things are going. I just hope they can deliver on a season finale worthy of the twists and turns of How I Met Your Mother’s. 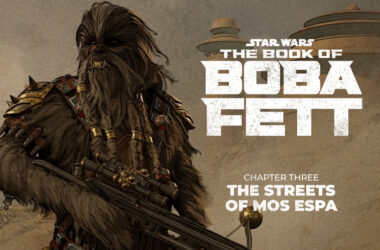 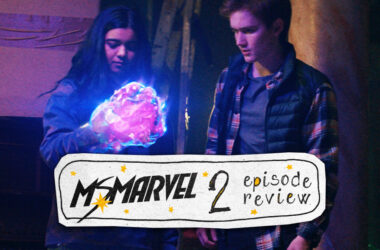 After the triumphant first episode of Ms. Marvel, the series is back for its second installment. It brings…
Read More 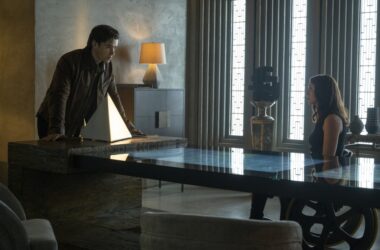