Charles Villanueva
0
0
0
With a meticulously constructed atmosphere and a haunting conclusion, Windfall is a thriller rife with noir prestige.
Total
0
Shares
0
0
0

Set in a quaint vacation home where an embittered man robs the home of a mogul, Windfall proudly touts itself as a Hitchcockian thriller and does its damnedest to feel like one. The opening credits alone, where cinematographer Isiah Donte Lee’s motionless image of a lavish patio conspires with the thumping Bernard Hermann-inspired score and vintage typography fading on-screen, paints an eerie picture of the suspense creeping up in this vacation home. As the camera dollies closer to Jason Segel‘s character named Nobody enjoying the panoramic view of a lush orchard, Danny Bensi and Saunder Jurriaans‘ score fades out, tethering dread and silence together. And when the owners discover the Nobody robbing their home and are held hostage, director Charlie McDowell begins to slowly appoint the audience as voyeurs in this uncanny unraveling of marriage, wealth, and power.

Contrary to McDowell’s Hitchcockian virtues is Andrew Kevin Walker‘s screenplay co-written with Justin Lader, which is low on plot but heavy on themes. Walker’s celebrated screenplay for Se7en pings back-and-forth from scene to scene, building a mystery that asks audiences to connect the dots alongside its characters. Windfall, on the other hand, simmers mostly in thought, leaving wide-open spaces in the storytelling that feels too loose. The mystique the screenplay tries to construct by having all three leads unnamed and their backstories obscured mostly fails to materialize in any meaningful way. Walker’s script reckons heavily with populist views of excess and capitalism and uses it to subtly define the characters. The character referred to as the CEO, played by Jesse Plemons, rambles about hustle and opportunity while the disenfranchised Nobody preaches equality. These traits wouldn’t be so bad if the characters weren’t just those identifiers; Plemons and Segel end up caricatures rather than autonomous, with nothing else to say beyond class arguments progressives and conservatives argue about daily on Twitter.

The Nobody may be a tiresome character but Segel’s performance is not. Segel does decent work as he aptly embodies a man clinging to what dignity he has left. Segel’s pathetic bumbling may seem like a fumble on the actor’s part but in the little we learn from his disputes with the CEO, it’s evident that the pathos comes from conviction. Plemons, on the other hand, borders on generic as an unapologetically rude man of wealth. There’s fun to be had in seeing Plemons chew up the scenery with jackassery but the performance feels uninterested in leveling itself with the taciturn of the film.

Ironically, the character we end up learning about the most ends up the most engaging. As the Wife, Lily Collins gets to define her character in a way that isn’t encumbered by Walker’s social commentary. Little is explicitly said about the Wife but Collins fills in the gaps with hefty anecdotes that hint at a backstory that is pained and at odds with her current disposition. While the Nobody rants about the vague and cruel ramifications of the CEO’s technology, the Wife is unconcerned with neither and is musing about her own past and future. When her marriage with the CEO is put into question along with her autonomy as their cozy hostage situation draws on, Collins embraces the noirish ambiguity of it all and displays a subdued darkness. Collins’ performance is emblematic of the potential of a script concerned with character more than proving a point.

Windfall ultimately works thanks to Collins’ enigmatic presence, McDowell’s precise understanding of Hitchcock’s work and his deftness in distilling that influence into a rambling script. With a meticulously constructed atmosphere and a haunting conclusion, Windfall is a thriller rife with noir prestige. 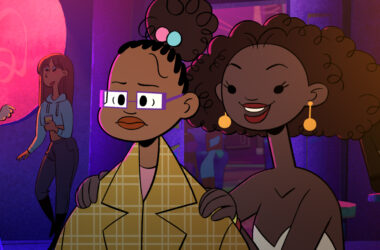 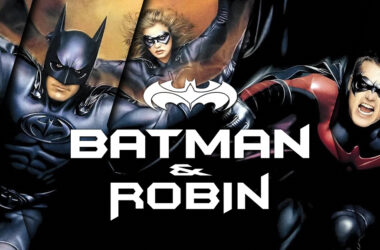 The fourth and final film of what was originally the Michael Keaton-led Batman franchise is famous for being a disaster.…
Read More 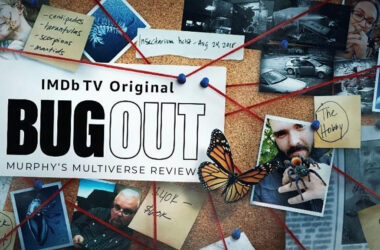