Torbjorn Frazier
0
0
0
While at San Diego Comic-Con, we got a chance to sit down with some of the producers of Hulu’s ‘Solar Opposites.’
Total
0
Shares
0
0
0

Solar Opposites recently released its third season, consisting of 11 episodes, on Hulu, and much praise has been given to the extremely high concept ideas that are presented and the overall strong writing from the adult animated series. During this past weekend’s San Diego Comic-Con events, Murphy’s Multiverse had the opportunity to sit down with series co-creator Mike McMahan and executive producers Josh Bycel and Danielle Uhlrik to talk about the creative and writing process behind Solar Opposites. McMahan opened the interview by discussing the ultimate creative freedom the team has and their ability to formulate absurd pitches into tangible content.

Half the time, I’ll pitch an insane thing, Joshua (Bycel) will go, ‘Well we can’t do that,’ and we’ll spend the day thinking how we can do it.

A good portion of the “insane” ideas that end up being folded into the series come from a deep lexicon of film and television references. Both Danielle Uhlirk and Josh Bycel spent some time talking about these inspirations that permeate in the writer’s room.

We love TV and movies so much that the more we can break the rules, the better. And then we are just surprising ourselves, because, at the end of it, we are just trying to entertain ourselves in the (writer’s) room.

So many times, so many of the nods or the homages are only things that we like that no one else is asking for. Like no one was asking for us to do a storyline about Sylvester Stallone’s movie Daylight, but we thought it was funny and Mike (McMahan) and I liked it.

With that in mind, Mike McMahan brought up the advantages that the animation medium has in being able to reach these unpredictable concepts that the creative team produces.

When you’re watching an animated show, you know right at the beginning…it isn’t going to be a ‘standard’ show. So how are we going to wield that? Executives always ask, ‘Why is this animated?,’and for us, it’s because you’re never going to predict what happens in the show.

Josh Bycel also took some time to discuss the joy he and the writing team get to have in getting to branch out into various genres of film and television for this show, even within their distinct background of comedy.

On the concept of The Wall, Mike McMahan revealed that the Solar Opposites team still has large amounts of story to be told from that arc that will cover a good portion of the show’s future.

I think for The Wall, we have at least two or three more seasons figured out, but luckily it’s such an open book. Because you can switch the genre and because it’s just little people in a society…it’s like a video game in a way. We can always adjust it and change it, we just have to introduce new villains and new heroes and let time pass. The one thing we push the breaks on is we don’t want to jump ahead, it’s more funny to us to be like ‘Okay, now the Cherie character has a baby, but next season it can’t be a teenager, that almost has to be a toddler and let it be a slow, unexpected serialized thing.’ But then because we get to genre-change all the time, it feels like a different Oscar-movie thriller every year which we never get to write that stuff as comedy writers. It’s like a whole new sandbox, and we never run out of ideas

If Solar Opposites is able to maintain the high level of creative quality it has exuded thus far for the multiple future seasons of content the writing team has accounted for, Hulu could have a long-term success story on their hands. All three seasons of Solar Opposites are currently available to watch on Hulu and a fourth is currently in development. 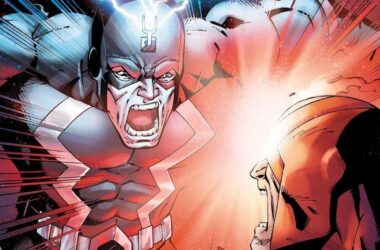 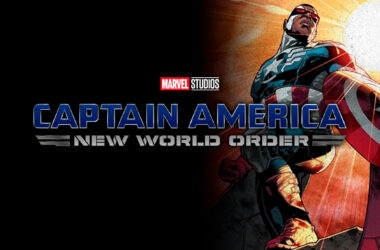 Premiere: May 3, 2024 Following the tremendous success of The Falcon and the Winter Soldier it didn’t take long for…
Read More