Stargirl season 1 is nearing its much anticipated finale and while the first part to this season’s conclusion works, it’s essentially just used to make the payoff in the real even more unique. The first part doesn’t completely let you down as it features some of the best fights to date and some great character moments. But the pressure is on and the JSA doesn’t have long before the ISA’s master plan is executed. Stargirl season 1 has been an absolute treat and is was definitely a shining star in entertainment this year when many things are being delayed and unable to shoot. Stargirl landed an early renewal for its sophomore season but will be leaving ‘DC Universe’ in favor of the CW network.

We’re finally treated to the return of Sportsmaster and Tigress back in action, two of the best fighters in the bunch, whose fight scenes in ‘JSA’ were some of the best fights of the series. The showdown between Tigress and Stargirl in the Dugan/Whitmore home was almost flawless, Tigress agility and fighting style against Courtney and the staff essentially fighting as two separate entities that work best when they’re together is incredibly exciting to watch and never gets old. The brawl between Sportsmaster and Pat was a bit more one sided, as Pat takes quite the beat down from crusher. Pat is able to hold his own well, especially since he’s out of the suit, but Sportsmaster definitely caught him slacking on multiple occasions during this altercation. It was towards the end of this fight that Pat is able to gain the upper hand with a surprise assist from Mike, who was able to sneak up on Sportsmaster with a power drill. Finally bringing every family member into the loop, Mike is welcomed to the world of the new JSA, while not exactly a member it definitely made things a lot more clear for the youngest member of the family. After both failing to put down their assigned targets, Principal Bowin, The latest Fiddler is sent to set the two straight but not long after is killed by Tigress for questioning the pair’s parenting of their daughter Artemis, a questionable response but not one that would be totally unlike Tigress. It wouldn’t be shocking to see Bowin’s son pick up the Fiddle, as ‘Stargirl’ kinda has a thing for legacy characters.

Finally after a season long wait, we know what the ISA has been up to in Blue Valley and just how they plan to enact their sinister plot, but is it that sinister? When Beth is able to crack into the details of the ISA’s plan they’re shocked to see that their one true goal is to truly make a better world and combat Global Warming and discrimination against race, religion, and sexuality, making some of the team question if they’re truly on the right side. It’s not until Beth is able to dig deeper and discover the ISA plants to use Brainwaves psychic abilities and Dr.Ito’s satellite to broadcast Brainwaves abilities across the united states and control the minds of those with fully developed minds among one-hundred million people. But twenty-five percent of that target will be able to fight back against the reprogramming ultimately causing their brains to shutdown and killing them. Towards the end the JSA realizes that the plan has already been set into motion, and the thirty minutes they thought they had is the time it’ll take to complete the brainwashing and usher in a new and better America.

Splitting up and making their way through the tunnels beneath Blue Valley, the much anticipated final showdown between the JSA and ISA will finally take place and will determine the fate of america as they know it, and with the plan already taking affect on Pat and Sir Justin, how will the team be able to stop the satellite when they’re busy enough throwing down with those closest to them.  While working mostly as a setup for the finale, ‘Stars and S.T.R.I.P.E. Pt 1’ offers up important character moments and sets up a surely stellar final episode to this season. 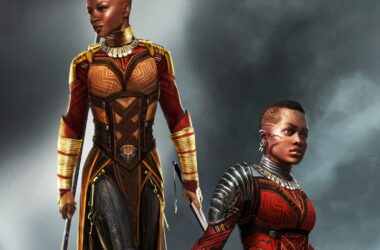 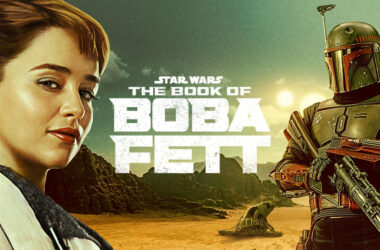 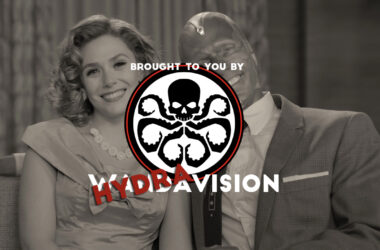