Following last weeks cliffhanger ending, “Shiv: Part 2” picks up where the previous episode ended, concluding the Shiv origin storyline, and proves to be just as good, if not better than part 1.  Being already halfway through season 1, it’s great to watch it go full steam ahead, it has yet to show any sign of fatigue and is still introducing to new and exciting possibilities for the rest of this season and its newly confirmed second.

We pick up right as Pat is hurdling down the road, and in order to keep Courtney’s extracurricular endeavors a secret, crashes his prized 1955 Buick special hardtop. The relationship between Courtney and Pat has come a long way over the course of this season and one of the best parts of the show has been watching this newly blended family come together each in their own way. The two barely spoke when the show began and now we’re shown what Pat is willing to do to keep his new stepdaughter safe. Pat’s character is surely one of the best on the show, and Luke Wilson’s charming and vigilant performance perfectly captures the character of Pat Dugan from Geoff Johns “Stars and S.T.R.I.P.E.” Watching him lead the new JSA in this episode was quite gratifying, even though we didn’t see much of him in his Stripesy days, the show gets the point across what an integral part of that team he was, and to watch his rise to mentor status was exceptional. 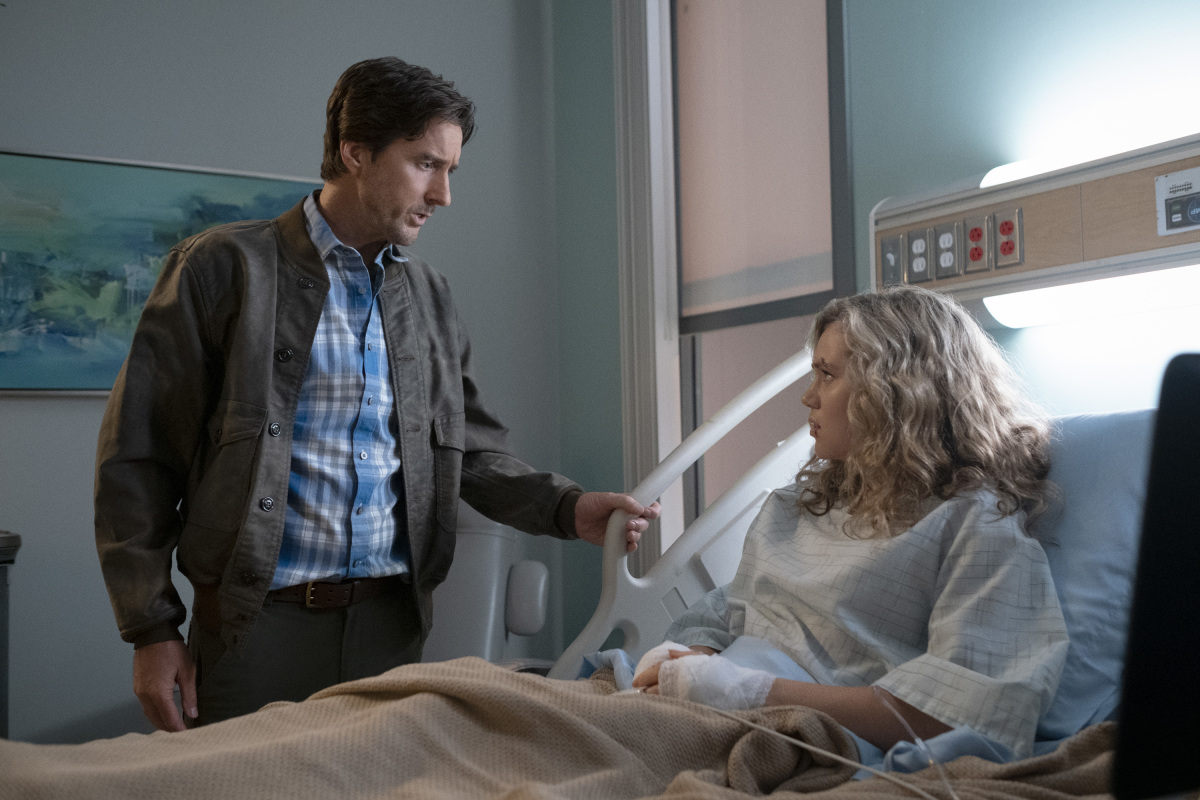 You’d think a show with this many villains would have a problem properly developing them and getting each a modest amount of screen time, luckily that problem has yet to rear its ugly head. We are treated to multiple fantastic and diverse villains, Icicle and Shiv being the standouts. With what little screen time he’s given to proves himself to a force to be reckoned with, Neil Jackson’s Icicle is a standout in every scene. He’s keeping his cool yet getting down to business. Yet Meg Delacy continues to kill it as Cindy Burman, aka Shiv, eating up every scene she steps into. Cindy’s visit to a wounded Courtney still reeling the consequences of their first altercation quickly turns cold as Cindy makes it known shes aware of Courtney’s alter ego and threatens the lives of those around her. Having learned nothing from the previous battle, Courtney’s impulsiveness makes itself even more obvious as before, leading us to another epic brawl, one of my absolute new favorites, between the new enemies as they clash in street, but not before Henry makes an appearance, and being so overwhelmed with the discovery of who Cindy and Courtney are, is unable to control his newfound abilities and sets off a psychic finishing the fight on both sides.

I trust that this show will deliver on everything its been building on this past season and work to set up the future. I am immensely curious to see what happens with the mystery of the janitor and Henry and hope that we won’t be forced to wait long for answers. It would be great to see them setup new members of the JSA and and plots for the future of the show, they’ve proven to be able to handle a large of amount of characters. If you’re still on the fence about ‘Stargirl’ now might be the best time to jump in and experience the vintage and charm of Blue Valley.

Premiere: August 18, 2022 Showrunner Jessica Gao is currently prepping what appears to be a light-hearted take on Jennifer Walters,…
Read More