Disney is no stranger to breathing new life into their classic animated films in the form of live-action ones. These films have destroyed the box office numerous times and garnered much acclaim from critics and fans alike. The latest entry from the House of Mouse might follow suit soon. A reimagining of the classic 101 Dalmations villain, Cruella DeVille, Cruella stars two of the biggest Emmas in Hollywood, Emma Stone, and Emma Thompson. Murphy’s Multiverse recently got to attend a virtual junket for the film where both Emmas were around for and dished on their upcoming roles.

Emma Thompson plays the Baroness, a high-society fashionista who may very well give Anna Wintour and The Devil Wears Prada‘s Miranda Priestly a run for their money. Cunning and downright nasty, the Baroness is one of Thompson‘s few forays playing a villain. Thompson talked about what it was like to bring such a character to life.

I had such fun doing her, because I think I’ve been asking for quite a number of years if I could be a villain, a proper villain. And I spent decades playing what my mother used to call,  “Good women in frocks.” And, now I got to play a really evil woman in frocks. But oh, boy, the frocks. I mean, they wore me, actually, really is what happened. I had just the best, best time. And every time Em and I would come on set, we’d just look at each other and walk around each other like we were sculptures or works of art or something, which we were. I mean, it was in a way, everyone created the Baroness, and then I sort of stepped in and just said the words.

Playing a highly problematic character like the Baroness, Thompson was also asked whether she based her approach to the Baroness on any of the problematic individuals she’s encountered in Hollywood.

I was very well brought up by a very kind and wonderful woman, my mom, and my dad, a wonderful man. I was surrounded by lovely, kind people. And my experience of people who were truly mean like that and truly hard and narcissistic is quite rare. But there are quite a number of them in show business. Mentioning no names but some of those people have come to light recently. Awfulness in any profession, in any walk of life, is always possible. And I suppose the Baroness is a mixture of all kinds of people. She’s quite venal, but her greed is really just for herself. It’s like she can’t bear anyone else to succeed in any way. She has to destroy all the competition, instead of thinking that the competition might bring her game up, might make her better.

And there’s of course Emma Stone, who plays the titular Cruella. This version of Cruella is a far cry from the one we’ve come to familiarize ourselves with. The movie explores the origins of the character, her familial ties, and what she’s most passionate about. Stone talked briefly about how she feels about the controversial character and the way her story is presented in the film.

It’s very nature versus nurture, this story.  So what she would find a weakness early on or what her mother would deem a weakness early on with just her ability to really hit the ceiling quickly, her kind of volatility, her reactiveness, becomes sort of her strength through her creativity and through her genius.  It’s interesting.  I think it really is a movie about how your weaknesses do sort of become your strengths, in a way.

Although again, you know, this isn’t necessarily an aspirational character, so to speak, except for the fact that she’s really harnessing her creativity and who she is in a very strong way, and she’s learning to accept that who she is in her nature ha-does win in the end.  Um, so yeah, I don’t know.  Her biggest weakness in the end, well, I mean, you know, the original character of Cruella de Vil does get to some pretty dark places, and I wouldn’t necessarily call those a positive thing.

Stone also briefly talks about playing Cruella’s nicer alter ego Estella, whose name happens to be the character’s actual birth name, and how different she is from her dark side.

Well, you know, it’s interesting, because there is a sort of rejection of Estella that comes at a point, and I think, you know, Estella is sweet but she’s not fully embodied.  So I would say there is something about Cruella that’s pretty enticing because she just kind of is who she is. She’s in full acceptance and autonomy there.  So I am kind of interested in that Cruella world.  But, you know, that said, she does some things that I don’t think I would necessarily cross.  But to be honest, I kind of prefer Cruella.

Cruella is set to premiere in theaters and Disney+ Premiere Access on May 28. 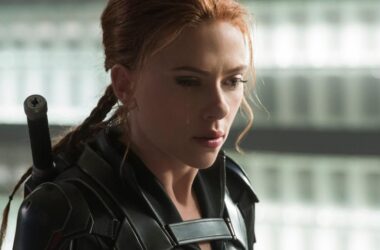 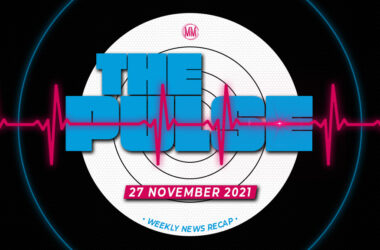 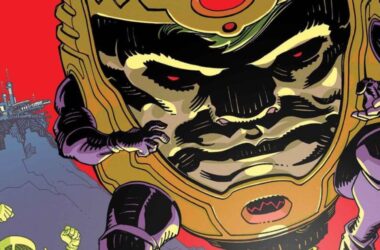