Almost all of the buzz around Chapter 13 of The Mandalorian was understandably centered on the spectacular live-action debut of Ahsoka Tano with the name of The Child and his heartbreaking backstory taking a distant second place. As interesting as the reveal of Grogu’s (dude, it is so hard to convince myself to type that) past as a Jedi Youngling was and as many questions as it generates, it’s the path he’s been set on to determine his future that I’ve found fascinating. In what’s become modus operandi for this series, Rosario Dawson’s Ahsoka casually laid out the plans for the next episode or two:

Go to the planet Tython. There you will find the ancient ruins of a temple that has a strong connection to the Force. Place Grogu on the seeing stone at the top of the mountain…If he reaches out through the Force, there’s a chance a Jedi may sense his presence and come searching for him.

And with that, Din and Grogu are onto the next part of their journey, a journey that has successfully followed a simple, straight-forward and repetitive beat for 1.5 seasons now. Each new stop seems to deepen and enrich the story and relationship of the Mando and The Child as it expands on the already massive mythological tapestry of Star Wars and, lately, that’s meant drawing from more than just previous live-action films and, in some cases, cracking open the “Legends” treasure chest. 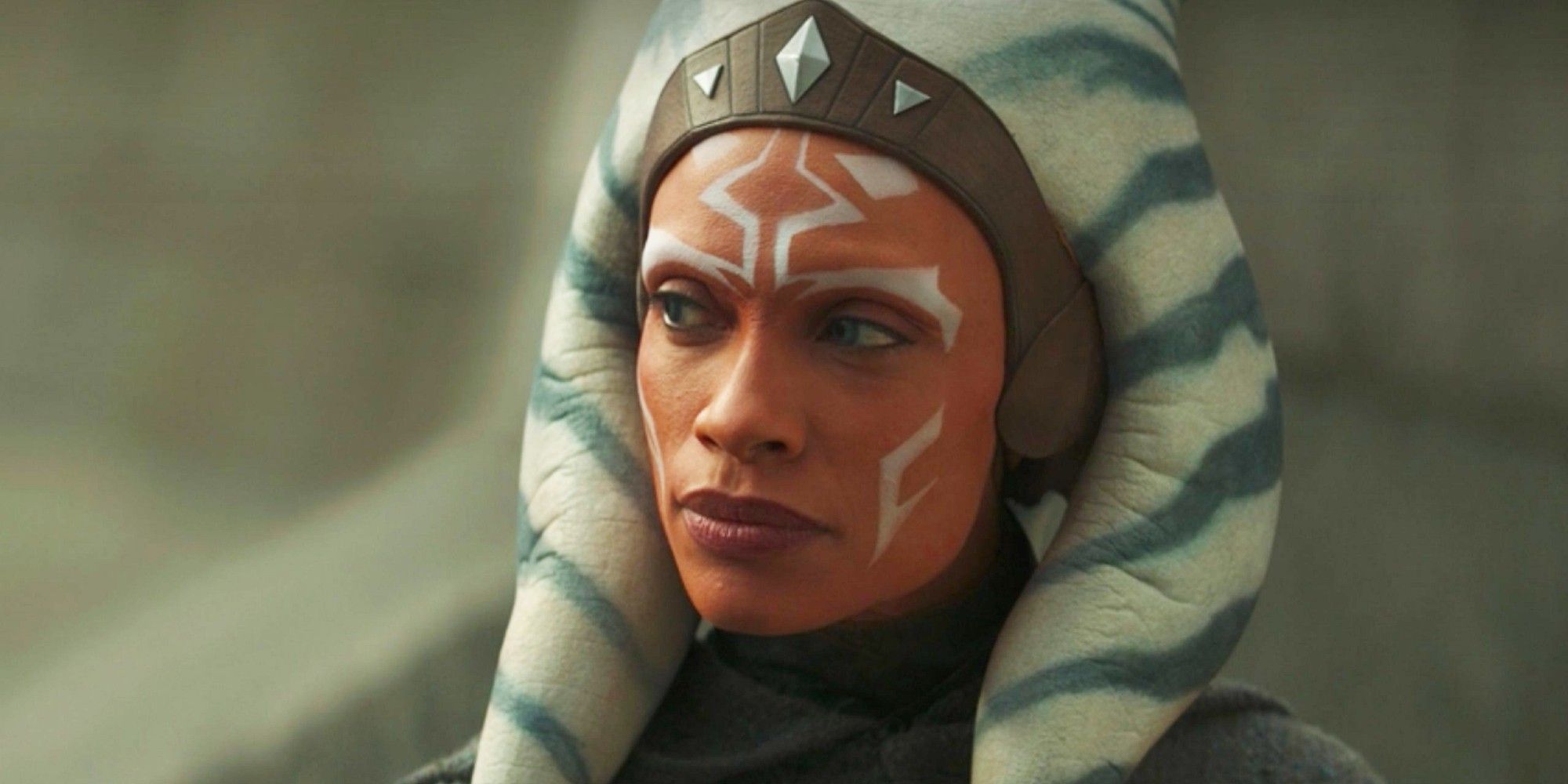 If you’re new to Star Wars and unsure about the “Legends” label, have no fear. For a long, long time, all of Star Wars was made up of 3 films and a Holiday Special. Over the years, the Star Wars universe grew unofficially through novels, comics and video games in what was known as the Star Wars Extended Universe (EU). In 2012 when Lucasfilm was purchased by Disney, Disney inherited all of George Lucas’s “canonical” work plus a whole mess of “non-canonical” stuff in the EU. In an apparent effort to streamline what was and was was not “canon”, Disney labeled the EU stuff as Legends material and the films, Holiday Special, Ewok Adventures, The Clone Wars (and maybe some other stuff) as Canon. This schism was pretty painful to a lot of folks as great characters with incredible stories such as Thrawn, Jacen and Jaina Solo, Mara Jade and more “didn’t count” now. Since that time, however, some characters and locations from the EU/Legends have made their way into modern Canon. Season 1 of The Mandalorian introduced Death Troopers to Canon and then we got Dark Troopers in Chapter 12. Grand Admiral Thrawn was a major player in Star Wars Rebels and was named dropped by Ahsoka in Chapter 13. And finally and most relevant to Grogu’s growth, the Deep Core planet of Tython has made the jump as well.

Originally introduced in 2013 in a short story in Star Wars Insider 141, Tython actually made the jump from Legends to Canon in 2019 when it appeared in Doctor Aphra #40 (yes, Star Wars comics written by Marvel Comics after the purchase of Lucasfilm by Disney are part of Canon). The issue presents very little information about the planet, but we do quickly learn it was once inhabited by Jedi and that the Force is incredibly strong there similar to Ach-To, the planet where Rey met Luke at the end of The Force Awakens. In this instance, the Canon depiction of Tython seems to share quite a bit in common with its more fleshed out Legends counterpart and, if that is the case, Din is taking Grogu not only to a location where he might choose his own destiny but, quite possibly, the place where the Force itself was first discovered.

In Canon, Tython is thought to be one of five locations to have been home to the first Jedi temple; in Legends lore, Tython was home to the Je’daii Order, a precursor to the Jedi Order, and the very place where the Je’daii came to understand the true nature of the Force: the Light, the Dark and the balance of the two. Tython’s two moons, Ashla and Bogan, represented the duality of the Force as one shined brightly in the night sky while the other remained cloaked in darkness. As Je’daii grew in the Force, they would spend time on one moon or the other to help them remained balanced. Get a little too dark-sidey and you head to Ashla for some light; get a little too light-sidey and you go chill on Bogan in the shade. The planet was also home to nine temples, each of which was home to Je’daii masters teaching different skills to their pupils. Eventually and as is the way with all things Force-related, some people chose the Dark side, others chose the Light and, a war broke out. The Light-siders won and formed the new Jedi order.

The planet itself was incredibly geographically diverse and at least some of the Legends design made into its appearance in Doctor Aphra. Should Dave Filoni be so inclined, he could use Grogu’s Force quest as an opportunity not only to develop the geography of the planet beyond what we saw in the comic book but also shine a light on the mysterious past of the Jedi order in a streaming series that is being watched by millions. In truth, only the hardest of hardcore Star Wars nerds know anything at all about the origins of the Jedi and the Sith and I’d wager only a small percentage of that already exclusive club could take folks to school on the ANCIENT history. I know I certainly couldn’t. 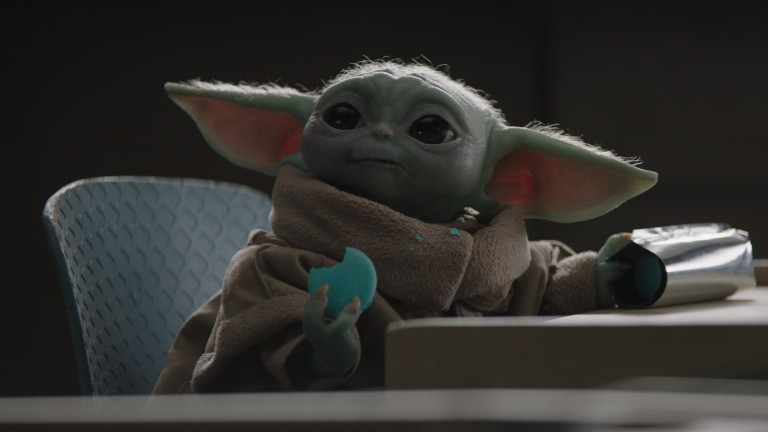 Grogu’s journey to Tython can do more than help the one-time Youngling determine his future; it can serve as the first legitimate, live-action history lesson on the Force. Think about it, outside of “its an energy field that created by all living things”, what does the casual Star Wars fan (and there are a great many of those watching this series) truly know about the Force? As the curator of the great mythology that Lucas created, I wouldn’t be surprised to see Filoni take us all to school for part of an episode. Bust out your space macarons. We all want to know if Grogu is going to get in touch with Sebastian Stan Luke or Kylo Ren or someone we aren’t even expecting (Ezra Bridger ?), but maybe it’s what we don’t know that we want to know that will truly make these next 2-3 episodes as mind-blowing as they’ve been promised to be.

Chapter 14 of The Mandalorian will begin streaming this Friday at 3:00 AM EST! After a long wait, we finally got our first look at the future content of Marvel’s Avengers. Kate Bishop…
Read More With Thor: Love and Thunder now in theaters, we take a look at the best 5 villains within the Marvel Cinematic Universe.
Read More