The Mandalorian‘s second season is just a few days away, so it seems like the perfect time for a quick recap of the first. One day in a galaxy far far away, a man who is shy about showing his face finds a magical baby. So, he gets chased by guys in plastic armor while finding his purpose and friends along the way. Of course, I am just joking, and there is a lot more to the first season of The Mandalorian.

Our first live-action Star Wars series introduced us to a Mandalorian foundling named Din Djarin. He is a bounty hunter trying to get by after the Empire’s destruction. His skills garner quite a lot of attention, which leads to him being offered a very peculiar mission by a client (Werner Herzog), who seems to have ties with the Empire. He is to find and take out an unknown target. He finds it with the help of a Ugnaught known as Kuiil (Nick Nolte) but can’t find it in himself as he realizes it is just a child. Technically, it is 50 years old, but by his behavior, he seems to be a toddler. After his ship gets taken apart by Java’s, he takes on a rhinoceros creature called a Mudhorn. In this process, he uncovers that the mysterious child has a strange ability only passed on in legends.

After spending some time with the kid, he still ends up return the child to his employer, who rewards him handsomely. Mando, as the bounty hunter guild leader Greef Karga (Carl Weathers) likes to call him, is paid in Beskar steel, which is a sacred metal of his kind. The Mandalorian armorer grants him a brand new shiny outfit with which he decides to save the child from whatever faith may befall him. He almost gets shot down before his brothers and sisters, who were in hiding, help him escape while sacrificing their hiding spot. Djarin is on the run to keep the child safe. He briefly tries to seek refuge on the forest planet Sorgan. There he works alongside former Rebel shock trooper Cara Dune (Gina Carano) to take down a stolen AT-ST. Yet, bounty hunters are hot on their tail, which gets him stranded on Tatooine. After a bounty goes south, we get a glimpse of a mysterious stranger walking through the desert.

Afterward, he is in desperate need of a job, so he gets in contact with some old buddies. We get introduced to the first man from Space Boston, Mayfield (Bill Burr). The mission sees them infiltrating a prison ship but, of course, our sharpshooter gets double-crossed. Luckily, Mando is also a fan of horror films, so he takes them out one after another. He didn’t kill them, as they are now trapped as prisoners on the ship. Shortly after, he gets a call from Greef Karga, who asks for his help to take out the stormtroopers that taken over the bounty hunter guild. In exchange, he would ensure that they wouldn’t get hunted down anymore. As you can guess, he was going to hand him over, but after the child healed his wound, he had a change of heart.

They recruit Cara, Kuiil, and a reprogrammed IG-11 (Taika Waititi), who was hunting the child earlier in the series, to take on the Empire stormtroopers, who still manage to outgun them. The arrival of a former Imperial officer Moff Gideon (Giancarlo Esposito) doesn’t help matters as they try to escape through an underground lava river. IG-11 sacrifices his life as Mando takes on a TIE fighter. Luckily, after one last meeting with the armorer, he is given a jet pack alongside his sigit, which is in the form of the Mudhorn. After a successful battle, Mando flies off with the child without knowing that Moff has survived and has the Darksaber, an ancient lightsaber with a unique black blade. 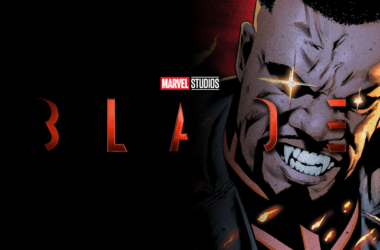