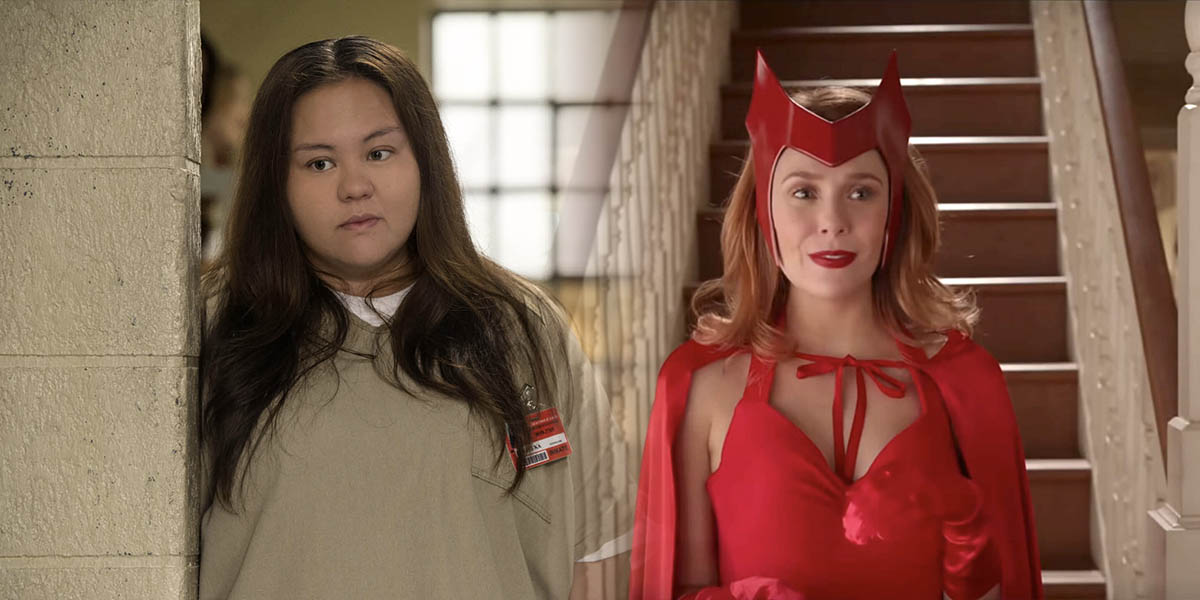 We got a rather sneaky reveal for an additional cast member in the upcoming Disney+ show WandaVision. Deadline just reported the casting of an HBO satire titled The White Lotus. The listing included five additions. Among them was the mention of Orange Is the New Black‘s Jolene Purdy. In the same article, they point out that she just recently wrapped filming for the upcoming MCU series. Not only that, but she also has a recurring role. This reveal signifies her involvement with multiple episodes throughout the season. There is a chance that she might be one of Wanda’s neighbors. So far, there has been no confirmation on this casting, so this is a great surprise. Purdy is well-known for her appearances on Under the Dome, The Magicians, and she even appeared in 2001’s Donnie Darko.

It is also interesting that it confirms that the series has only finished up recently. WandaVision still is rumored to release in the upcoming month, so they will be finishing up the effects on the later episodes as it releases. Plus, they will most likely have a Christmas break for a few weeks, which would give them more time to work on the post-production. We currently still don’t have a release date for the series. At least they seem to be aiming for a 2020 release for now. Hopefully, we will get a release date announcement in the comings weeks. The Mandalorian’s second season just released, so Disney doesn’t have to worry about the marketing cannibalizing each other.