In just 34 minutes Episode 4 of WandaVision, “We Interrupt This Program”, managed to shit on pretty much every popular fan theory, integrate some key pieces of MCU history and clarify the direction of the series, setting fans up for what looks to be one of the biggest heel turns in Marvel Comics history making its way into the MCU. While there’s a chance Marvel Studios could be giving us all a big okey-doke, it seems like we’ve seen what we need to see to know that depending on what side of the story you’re on, the bad guys are either Wanda or S.W.O.R.D. Let’s dissect how “We Interrupt This Program” gets us there.

Probably the biggest reveal of the series so far is that everyone in Westview, other than Wanda, Vision and presumably Agnes, is just Joe Schmoe. Herb’s not the High Evolutionary, Bev isn’t Bova, Norm’s not the Grim Reaper and Phil isn’t Wonder Man. I suppose there’s still a chance the Dottie could be SOMEBODY, but at this point, Occam’s Razor would lead us to believe that none of these neighbors are anything other than puppets in Wanda’s new reality, as Arlyn Murphy predicted earlier this week. On the surface, we get a cute little sitcom, but the larger reality is that Wanda is essentially responsible for the abduction of a large number of real human beings for the purpose of making her fantasy a reality. These people are being held captive and having their memories altered or erased.

The episode deftly integrated some key pieces of information about S.W.O.R.D. into its first few minutes and, by doing so, made it clear that they are a well-established organization that has redefined itself a bit after the Blip. We’ve always known S.W.O.R.D. was in the series, but by devoting an entire episode to the organization, Jac Schaeffer and Matt Shakman have made it clear that they are the “big bad” from Wanda’s point of view. It’s not Hydra; it’s not AIM; it’s just S.W.O.R.D.

We get some key pieces of info during the episode that explain some of the things fans have been questioning since the beginning. We see that the bubble around the town of Westview is hexagonal and hexagons have been omnipresent throughout the series. As I mentioned in our first episode of The Universal Church of Truth, the way they continually framed Wanda and Vision with hexagons made it seem like they were contained within one, something I attributed to Wanda’s “hex” powers from the comics. This episode seems to support that and it also lends credence to an old scoop that we shared which indicated that Wanda’s reality-altering powers from the comics would come into play in WandaVision.

We’ve seen hints throughout the first 3 episodes but now it’s made clear that S.W.O.R.D. is investigating this hex bubble and Wanda clearly views them as a threat to her reality. We saw the cracks starting to form in Wanda in the last episode, but today’s perspective shift made it crystal clear: S.W.O.R.D. is the enemy and Wanda has already assaulted an agent.

While there were other people (most noticeably Dottie) whose “real” identities weren’t revealed, it’s no mistake that we don’t have a real-world match for Agnes. Ever since she was cast, people have expected Kathryn Hahn to be Agatha Harkness and she certainly has a much meatier role here than helping Wanda with dinner. If you’re not asking, “Why in the hell is Wanda in New Jersey in the first place?”, then you should. And while we don’t have a clear answer at this point, the chances are good that it has something to do with Agatha.

Given what we know about Wanda so far, she shouldn’t be capable of something like this massive hex that seems to be altering reality, wiping the minds of people both inside and outside the bubble and releasing a massive amount of energy in the form of the cosmic microwave background radiation so neatly explained by Dr. Darcy Lewis (and now the most likely explanation for the impending powers of Monica Rambeau). Thanks to the lessons of the Ancient One, we know MCU magic is all about energy manipulation and it seems like that’s what is happening here, meaning someone had to teach Wanda some magic and that someone is Agatha. I expect we’ll get quite the exposition on her sooner rather than later, but I’m sure she’s Wanda’s teacher and the reason why Kevin Feige told us all so many times that WandaVision will give us the MCU’s true Scarlet Witch.

Wanda as the Villain 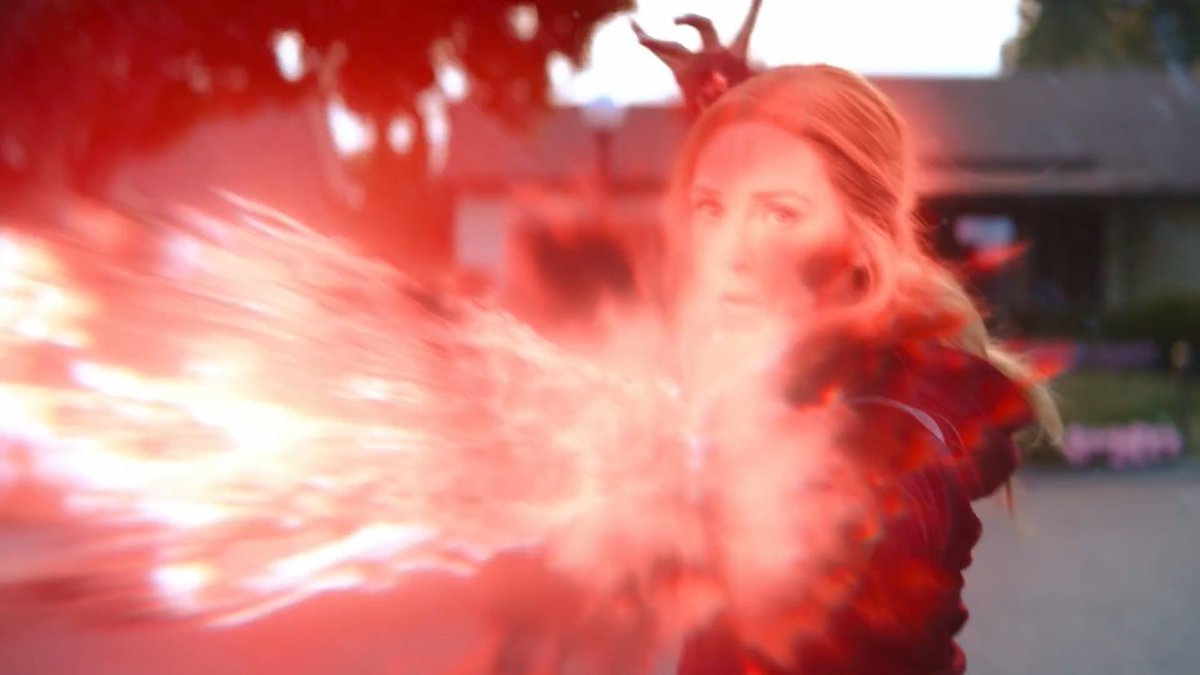 The signs have been there all along that Wanda will stop at nothing to keep her reality intact and we’ve already covered some of the darker decisions Wanda has made. In addition to kidnapping people, altering their memories and attacking a S.W.O.R.D. agent, she rewound time and maybe erased the S.W.O.R.D. beekeeper after she and Vision discovered him. She continues to stop Vision from investigating. She’s willing to lie to Vision repeatedly to keep him living the fantasy, but in one of the show’s creepiest moments yet, she received another reminder of the world she’s attempted to escape when we briefly saw the synthezoid corpse of her husband appear (is Wanda toting Vision’s corpse around with her?!). If she hasn’t lost it entirely, she will soon. We’ve heard the moment from the trailer where Wanda and Vision decide to fight for their home and that means that we are likely to see a full-on attack on S.W.O.R.D. in the final two episodes of the series. Wanda before magic was plenty powerful to nearly kill Thanos. This new and improved Wanda is going to be way out of S.W.O.R.D.’s league, even if Monica is powered up or if she finds herself going up against her own husband.  Think Avengers: Disassembled.

Who You Gonna Call?

Over a year ago, I shared a rumor about Benedict Cumberbatch appearing in WandaVision. While a lot of people had happy thoughts about him delivering the twins, others of us have had a different idea in mind: the Sorcerer Supreme is going to have to come into play to protect the real reality by taking down Wanda. We know Wanda’s story will continue into Doctor Strange: In the Multiverse of Madness and we know that she’s the key to breaking open the multiverse, turning the MCU into the MCM (Marvel Cinematic Multiverse). Avengers Disassembled again provides an excellent example of what we might expect when the Sorcerer Supreme faces off with the Scarlet Witch (even though I can’t hear that “NO.” from Wanda on the page, it somehow sounds a lot like the “No” from episode 2).

Wanda’s heel turn in the pages of the comics while not well received by everyone, was one of the very few times that the Avengers were not only helpless but also terrified. I imagine the same will be true in the final episodes of WandaVision, though I’m less sure that her villainous turn will carry on after the series concludes. Either way, it seems as though Episode 4 has made the path forward for the series pretty clear. Sure there are going to be some twists and turns, but this episode seems to have laid out the main components of the plot and given us quite a bit to look forward to over the next 5 episodes.