dalbinosorio
0
0
0
This week’s Bang The Table sees Meg and Dalbin put their chips all the way in for a second year player and a team that they think will make the leap. Is it possible that they both know more than Dr. Strange in Earth 616? We’ll see!
Total
0
Shares
0
0
0

2nd Year Breakout: I’m probably going to sound like a homer, but I’m banging the table for Kwity Paye of the Indianapolis Colts. After being sidelined with a hamstring injury and an ankle injury early, the lights “came on” for Kwity in the second half of the season. He had 4 sacks and was extremely disruptive behind Deforrest Buckner with 10 QB Hits. It seems others noticed Kwity as well, landing him on the 2021 PFWA All-Rookie Team. If he can stay healthy, look for him to light it up.

Team: The Jets have long since been a team that most fans don’t take serious since the infamous “butt fumble”, but I’m banging the table for them to make a huge jump in 2022. I love what Joe Douglas has done. I think he knows that they had to put some talent around Zach Wilson. He went out and got some shiny new “toys” in Garrett Wilson, Breece Hall and Jeremy Ruckert to pair with Elijah Moore (who is criminally underrated), Michael Carter, C.J. Uzomah, Braxton Berrios, and Denzel Mims. There’s a youth movement happening at Florham Park. My bold prediction for the Jets is that they will have their first winning season since 2015.

2nd Year Breakout: Meg went the homer route, and I thank her for that because it made me not want to do that. I’m going the less obvious route and putting all my chips on the table for Travis Etienne. Now, I know what you’re thinking: he was hurt last year, so even 2 yards is an improvement over zero. I don’t disagree, but I’m going even further than marginal improvements: Travis Etienne will win the rushing title in 2022. Doug Pederson knows QBs, and the Jaguars have added Christian Kirk, Brandon Scherff, and Evan Engram to an offense that didn’t have a lot of talent. Etienne will be the beneficiary of a better Trevor Lawrence in year 2.

Team: this isn’t just because Meg is my partner in print, but I’m going all in on her team: the Indianapolis Colts will win the AFC South. The Texans kind of stink, though they did have a really good draft. The Titans will take a step back until Malik Willis takes Ryan Tannehill’s job. And the aforementioned Jaguars will be better, but, good God, that defense is awful. Enter the rock-steady Colts, with a very good defense, the 2nd best RB in football, and a huge improvement at QB with the acquisition of Matt Ryan. Frank Reich is going to have his boys ready to play, and it wouldn’t surprise me to see them add Odell Beckham, Jr. to their WR room. This is as well-coached a team as there is in the NFL, with a GM not afraid to make the big move, and I think they make the playoffs and win the division. 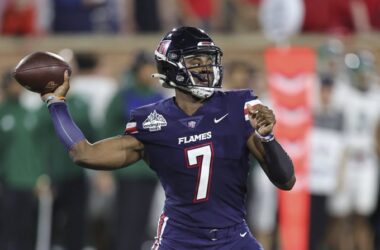 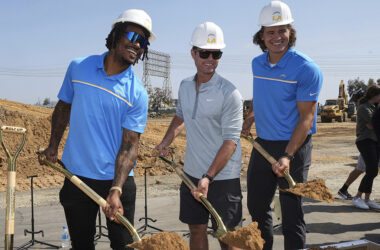