Marvel Studios sat out 2020 much to the despair of MCU fans; however, one possible timeline for the studio’s release pattern in 2021 could mean we’d only have just a few content-less Friday’s in the next year!

Last night, Edward Rose noticed that the official Disney Latino page listed WandaVision, Marvel Studios’ first Disney Plus streaming series, as having an 8-week run. That news got the wheels spinning and resulted in a hypothetical release schedule that would leave fans hanging on only 2 weekends. The underlying idea of this hypothetical scenario is putting new Marvel Studios content on as many Fridays as possible.

2021 will kick off with the first episode of Marvel Studios Legends on January 8th, catching fans up on the adventures of Wanda, Vision and maybe the rest of the returning cast members. The following week, WandaVision would begin its 8-week run (which does not necessarily mean 8 episodes and that really shouldn’t be that controversial of a statement) which would conclude on March 5th. Additionally, we’ll almost certainly get our first look at Shang-Chi and The Legend of The Ten Rings during this time, with the February 7th Super Bowl being on likely opportunity.

Apri 30th would be a great time to tell the story of Natasha Romanoff with a Marvel Studios Legends episode dedicated to the Black Widow. While this is a Disney Plus series, there’s been no indication that the series will only tell the tales of the characters appearing in the Disney Plus series and in Nat’s case, there’s plenty to tell. This would give old fans and new viewers alike the opportunity to be prepped and ready for Black Widow when it FINALLY hits theaters on May 7th. Black Widow also provides Marvel Studios the opportunity to push out the first look at Eternals. Expect a trailer for the project a week or two before Black Widow’s May 7th release.   ***NOTE*** Should Marvel Studios films open overseas earlier than in the U.S. date, this part of the hypothetical schedule hits a bit of a speed bump.

The Marvel Studios Disney Plus streaming series, Loki, is next up. Loki is set to release in May, meaning Marvel Studios will have two projects out at the same time and as long as Black Widow remains a theatrical release, they’ll want as many butts in seats as possible. To that end, they’ll definitely give Black Widow a little room to breathe. Theatrical releases often make 50% or more of their total box office on the first weekend and rarely do “big money” after the second weekend. With this in mind, they might look to release a Loki-centric episode of Marvel Studios Legends on May 14th (there’s certainly a LOT to tell) and debut the first episode of Loki Season One the following Friday, May 21st. All indications at this point are that the Hiddleston-led streamer will run for 6 episodes, meaning it’ll wrap up on June 25th.

At this point, it looks like Marvel Studios could realistically release new content EVERY Friday for the first six months of the year save New Year’s Day…and then comes July 2nd, which will launch the 4th of July holiday weekend in the United States. It’s possible that the studio takes the weekend off, has something special in the works for the Fourth (it is Steve Rogers birthday, after all) or, I suppose they could release an episode of Marvel Studios Legends dedicated to the MCU’s brief and confusing history of the Mandarin and the Ten Rings. The last one makes a bit of sense because, on July 9th, Shang-Chi and The Legend of The Ten Rings is going to rewrite that history when it debuts in theaters.

The further down the road and into 2021 this hypothetical schedule goes, the harder it is to predict, but why stop now? Next up for Marvel Studios is What If…?, their first animated project. The only available info on the project is that it’s set to be released next Summer and, according to several reports, is expected to consist of 10 episodes. Placing it on the schedule under the assumptions that they’ll give a theatrical film at least one weekend all to itself and that they’ll release What If…? one episode at a time as well, the animated series could debut on July 16th and conclude on September 17th.

In thinking ahead, that long gap serves a fairly important purpose if the goal is to provide new content every Friday: it allows Ms. Marvel and Hawkeye to “catch up.” The starts of both of those series were severely delayed by the pandemic and are currently scheduled for “late Fall.” If production continues without delays and the calendar fills out as predicted above, the two series could stream on either side of Eternals.

According to the Disney Investor Day Fact Sheet, Ms. Marvel comes first and could start its six-episode run on September 24th. It’s possible that the studio could push out a Marvel Studios Legends episode about Captain Marvel given the connection between Kamala Khan and her, but it’s also possible they just start right up. If they do, the Season One finale of Ms. Marvel would stream on October 29th.

One week later, on November 5th, Eternals would make its LONG awaited degut in theaters. By introducing an entirely new group of characters, Eternals seems unlikely to be preceded by an episode of Marvel Studios Legends, though anything and anyone could show up in the film.

***NOTE*** after finding some new evidence, this paragraph was changed to reflect Hawkeye as a 6-episode series, so it would end on Christmas Eve.

Following the pattern previously laid out around theatrical releases, November 12th could be a nice Friday for the Clint Barton episode of Marvel Studios Legends. Set photos have indicated that Hawkeye, the studio’s final 2021 project, takes place during the holidays so kicking it off on November 19th would give fans episodes on the day after Thanksgiving and on Christmas Ever. All signs point to this one being a 6-episode season, meaning we’d wrap up before the calendar turns over to 2022. Assuming no production delays, Marvel Studios would have the opportunity to jump right into She-Hulk and continue taking over the world of entertainment.

Currently set to release on December 17th, 2021, Spider-Man 3 (which is scheduled by Sony and NOT Marvel Studios) throws a monkey wrench into the thought process of not having a film premier compete with an episode of a streaming series, but there are so many workarounds for that issue (Hawkeye taking a week off, the release date for the film being moved since production got off to a late start, Hawkeye not even starting until after Spider-Man 3) that it really becomes a non-issue.

While the chances of this hypothetical release calendar coming to fruition are approximately 3,720 to 1, the point of this wasn’t to plant a flag so we can do some chest-pounding later, but to extrapolate one possible release schedule based on the idea of having new Marvel Studios content on as many 2021 Fridays as possible. Right or wrong (and let’s be honest, this is almost certainly wrong), an exercise like this makes visible the scale of the studio’s plans and the role that Disney Plus plays in them: Kevin Feige and Marvel Studios will own at least a portion of the news cycle nearly every weekend for the foreseeable future. 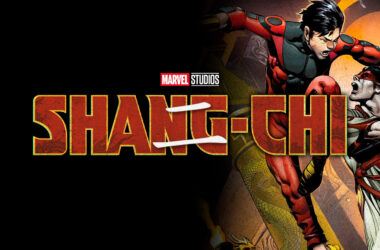 Premiere: TBD The success of Shang-Chi and The Legend of The Ten Rings made a sequel to the…
Read More 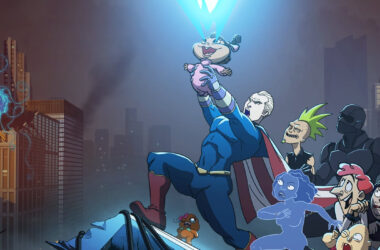