As with any MCU adaptation, Moon Knight has not been a perfect match with the comics. This is, of course, not automatically a bad thing. When bringing the complicated subject matter to life, it’s often necessary to simplify a few elements for the sake of flow and time. One such example of this would be Moon Knight’s many alters. Typically, the character has at least three personalities living in his body at any given moment. Marc Spector and Steven Grant, who is currently learning to co-exist in the series, are usually accompanied by a third alter named Jake Lockley.

Though he hasn’t made his debut on Disney+ just yet, there have been plenty of hints that he could be on the way. If, or when, Lockley finally pops up on the screen, there will be quite a few lingering questions for him to answer. Viewers will likely wonder where he’s been all this time, what sort of life he leads, and whether or not he’s the one who mysteriously killed all those guys in Egypt. Most importantly, however, is a quandary that many may not even think to ponder. Assuming Lockley is able to summon the power of Khonshu in the same vein as Grant and Spector, what might his version of the iconic suit look like?

Moon Knight surprised longtime fans of the comics when its early marketing revealed that Mr. Knight would play a role in the show. The character is a newer alter in the books, having made his first appearance in 2014 as a variation of the Moon Knight identity who is a little less brutish and a little more sociable. Marvel Studios’ take on the character differs from this, instead of presenting the ‘Mr. Knight” appearance is a version of Khonshu’s Moon Knight armor tailored to fit Steven Grant’s personality. The white, three-piece suit has most of the same abilities as the classic outfit worn by Marc Spector, albeit with different weapons, and its presence is simply used to signify when Steven is the one in control.

So, the standard being set is that each one of the alters would ostensibly have its own Moon Knight design. Marc wears the classic, hooded vigilante suit and Steven dons the formal “Mr. Knight” attire. The outfits match their personalities, which might actually help in deducing what Jake’s official anti-hero look could be when the time comes. Moon Knight has been featured wearing a shockingly diverse set of threads over the course of his existence, so there are quite a bit of pre-existing designs the show has the ability to pull from. Yet, the first of the options presented in this article has never actually been drawn in the comics at all. Let’s dig in.

It’s possible Jake Lockley has been under our noses the whole time. Early in the advertising process for Moon Knight, Marvel fans were shown three character posters featuring star Oscar Isaac. At first glance, they appeared to give the first glimpse of Marc Spector and his two superhero suits all in one place. However, now that audiences know Mr. Knight is actually Steven Grant and Moon Knight is Spector, the trio of images takes on a whole new meaning. What if Marvel actually gave the world its first look at all three avatars of Khonshu, and everyone simply failed to notice?

Jake Lockley has always been portrayed as the “man on the street” in the dynamic between alters. Where Spector is the skilled fighter and mercenary, while Grant is the intelligent one, Lockley is the private eye with his nose to the ground and street smarts up the wazoo. The series seems to be embracing the idea that Lockley is a violent, no-nonsense alter, emerging primarily when his specific skill set is needed and nothing much more. A flashy suit wouldn’t exactly help in extracting information with a low profile, so it tracks that Lockley’s preferred outfit would be something a little more unassuming and “street-level”, like the white hoodie and jacket in the poster above. Recent episodes of Moon Knight have had Marc and Steven wearing a remarkably similar outfits. So, this theory could already be shot. Though maybe the clothes were something picked by Jake off-screen, and he’s somewhere inside that psyche ready to pop the hood and get to work.

The Fist of Khonshu

This next theory is essentially the exact opposite of the last one. If Jake does in fact choose to wear some actual armor, there is one other iconic Moon Knight look that still needs to be covered in live-action. The character is famous for wearing all-white, but many of his suits throughout history have actually been predominantly black with white highlights. Even Moon Knight’s first-ever appearance had him wearing a darker color scheme than fans are accustomed to seeing, and it’s a look that’s made several notable comebacks in the decades since he was introduced. If the costumes worn by the alters in the show are meant to reflect their personalities, then what better way to display the darker nature of Jake Lockley than a suit that’s more black than white?

A version of the black suit was also used heavily in Jeff Lemire and Greg Smallwood‘s famous run on the character, which the show draws from heavily. It would be fairly cool to see all three looks from that stretch of the character’s history used in the same adaptation. Also, if Lockley plans on utilizing Khonshu’s armor when brutalizing his foes, his more “down-to-Earth” persona might come up with a suit that’s more tech-based in design than the supernatural wrappings of Marc Spector or the pretentious leisure-wear of Steven Grant.

Now that The Punisher is on Disney+, maybe Marvel will stun us all and turn Jake Lockley’s Moon Knight into their next most efficient killer. A good way to do this would be to use a variation of the Earth X universe attire, which already resembles the MCU’s base suit for the character. The main thing separating this design from the original Marc Spector persona is a pair of semi-automatic Uzi pistols that this universe’s Moon Knight prefers to use over traditional Egyptian weaponry. Outfitting Lockley’s Khonshu avatar with heavy firepower may potentially feel out of place, but it would be in line with the alters trademark violence and do wonders to set him apart from Spector and Grant.

This one might be a long shot, but it’s still fun speculation. The Ultimate Moon Knight design has a little bit of everything, including the aforementioned concept of mixing black with white. It sort of comes off as a fun cross between Marc’s Moon Knight and Steven’s Mr. Knight, although it may be a bit too extravagant for the Jake Lockley alter to double down on. It’s mostly included here for two reasons: Marvel Studios has a long history of using the Ultimate comics as inspiration, and the Ultimate version of Moon Knight has an alarmingly aggressive personality that feels right at home with everything analyzed thus far. For example, he once threatened to cut Spider-Man’s throat out and really meant it. Yikes.

In the end, it’s important to remember this is all just fun speculation. Though his arrival feels imminent, Jake Lockley has yet to be confirmed by anyone involved with Moon Knight and may not end up being part of the project at all. Fortunately, that doesn’t mean fans can’t have a little fun playing guessing games with the future. If he does indeed make the cut, one can only hope he looks as good as his two bodily brothers. 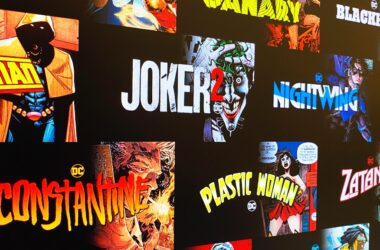 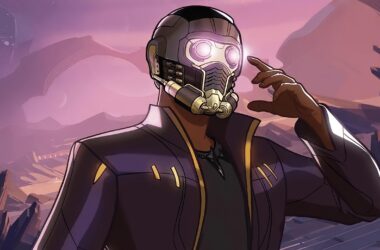