There are spoilers of the final season of Hanna in this feature. Only continue at your own risk if you haven’t yet seen it.

Hanna explores a world where the government is training young girls into becoming deadly weapons. That was until Joel Kinnaman‘s Erik Heller broke into a facility to save a young baby from that fate. He raised her hidden in the forest into a strong warrior that could take on anything in case the organization he stole her from found them. After she is set out into the world, we learn that the facility, UTRAX, was still active in the world and a new generation of girls was being trained to do the government’s bidding. Everything culminated in the second season about finally ending its existence. Yet, the third season seems oddly disconnected as a “final season.”

As fast as Hanna infiltrates the group of girls, the series sends them all out into the world to take on various goals. We spent the last season building up to the moment that Hanna is forced to join them and questioning her place in it. There was a great emotional growth throughout that season, as most of the series so far was about Hanna finding a “home.” Most of the first season explored that with the question surrounding Heller’s parentage. His death capped off her question of finding an identity, especially after being rejected by most girls who were part of the program when she tried to save them. Clara, the only one to join her, was a showcase of her goal

In the third season, we had a clear goal: take down UTRAX and everything involved with it. The big mystery remained around who exactly was running the facility. Marissa Wiegler, who had a somewhat motherly obsession with Hanna, is the catalyst for that development. So, the show titled Hanna isn’t about Hanna but rather Marissa’s ties to the organization. Outside of her father, our actual protagonist lost her role in the story the moment all the girls got sent out into the world to take down their targets, which happens early in the season. For a final season, it’s an incredibly dangerous undertaking to disconnect plot elements and scatter them across the world.

Yet, that is handled quite well even if they conveniently find their way to the same location in the final view episodes. The issue lies in the fact that Hanna is “given” a reason to be involved in this story through a new love interest. He’s her first target and she starts developing feelings for him. It’s not a terrible idea, as it adds a personal level to the actions she takes, even making some harsh errors throughout. What makes it stand out negatively is that his existence takes her agency. She serves to protect this character rather than to follow through with the initial plan. There’s no direct conflict between these worlds, as most of her actions are mainly to serve other characters.

It’s quite the departure from her rebellious actions in the first season kicking off the events that would unravel everything. Yes, she still has moments where she takes action but it feels like she became a side character in Marissa’s story. The “end goal” is even simplified to offer a clean cut for the series to end on instead of weaving more of this world’s darkest corners. Hanna was a point of hope, as she believed in the good of people. Helping Clara finds her mother was a clear indication of that. Yet, once she leaves the Meadows, it seemed that goal was completely forgotten.

The character of Sandy is never truly given a chance of redemption after she takes quite a lot of screentime throughout the second season. Jules’ turn isn’t even true given time to develop but rather is a sudden twist in the story that Hanna has no direct influence over. That’s kind of the issue at the end of the day, she’s not an active participant in the story outside of the new romantic subplot introduced early in the season. While I adore that it doesn’t end on the note that you’d expect, it doesn’t make up for an entire season moving further away from what the series was about. The series didn’t end on a strong note but doesn’t undermine what came before either. It just felt like Hanna was noticeably absent within this story and it’s a shame given Esme Creed-Miles continued strong performance in the series. 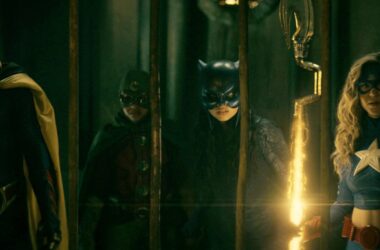 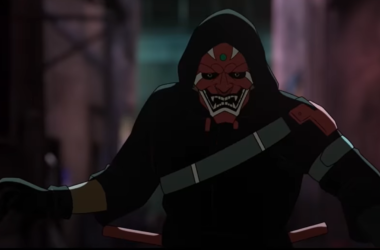 The new trailer for Marvel’s Hit-Monkey, set to stream exclusively on Hulu on November 17th, not only gave…
Read More 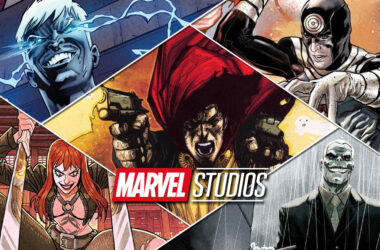