The first week of filming for Hawkeye has passed, and we were treated to a massive bounty of set photos and casting news along with it. While a great deal of attention has gone to a confirmation of Hailee Steinfeld as Kate Bishop, and the introduction of Lucky the Pizza dog, it was some pictures of Jeremy Renner’s Clint Barton and his kids that caught my attention and got my “theory” juices flowing. Could Clint and his family be attending a memorial or benefit to honor Natasha in New York? And who else is likely to attend?

So I’m clear, the following is based on theory, based on me scouring some set images. I haven’t asked any sources about this, and so, no, I don’t know if this happens for sure. Please read with that in mind.

While looking through the multitude of set photos from this past week, I was struck by images of Jeremy Renner filming with Clint’s kids Cooper, Lila, and Nathaniel, seemingly at some kind of event or fancy party at a hotel. There were also several images of Renner crouched down and looking very serious and sad. It’s sometimes hard to tell between acting and in between filming in some of the set images, however, some did look to me like they were probably acting moments and not just his usual between shots behavior. Additionally, Clint and the kids are dressed nicely in dark clothes, including a black bowtie on the youngest Nathaniel. I was reminded by someone in our Patreon’s discord that there is a fancy event that Clint attends with Kate in the second issue of Matt Fraction’s Hawkeye run.

At this event which takes place at a hotel in lower Manhattan, Kate and Clint are investigating some shady goings on and run into a bunch of baddies in the process. Among those baddies, is a fellow former student of Jaques Duquesne with whom Clint is familar. Now if you’ve been following recent casting announcements, you will know that Tony Dalton was announced as being cast as Duquesne in the Hawkeye series this past week.

It is possible that a similar event might happen in the show with Duquesne showing up as Clint’s mentor or as a familiar contemporary with a grudge instead. We know that the screen versions of the Marvel universe almost never follow the comics story exactly. In any case, an event where Clint runs into certain people from his past like this certainly makes sense for the series, and the fact that the Swordsman is cast in the show could mean the blast from the past will come directly from him at an event like this.

Strongly going against the idea that this is a similar event to the one in issue #2 is the fact that it is Clint’s kids that are there with him, not Kate. Clint is certainly not purposely bringing them along somewhere he’s investigating dangerous bad guys. In addition, there is no evidence that he’s fought anyone during the course of the event, unlike the comics version.

Although a great deal of the Matt Fraction run is expected to influence the Hawkeye series, something still bothered me about this idea about the event. Why so much black on the kids and Clint for some kind of hotel party or show? And a BLACK bowtie on the little one? Why wouldn’t they have a bit more color? Why not a more colorful purple bowtie for little Nathaniel? And why does Clint look so sad and contemplative in some shots which seem to me to be after the event? There are additional apparent acting shots with the kids that also look a bit melancholy. So again, this behavior doesn’t really make sense for an exclusively happy event or occasion.

But then I realized that, of course, they would wear darker clothes, and would be looking sad in some shots, if they were going to a memorial or benefit in memory of a loved one they lost. That memorial or benefit more than likely being held for someone very close to Clint Barton and his family: Natasha Romanoff.

To tie it all in with the Fraction run, and that previously mentioned hotel event, certainly it would make a great deal of sense for certain old friends and some less savory types that Clint and Natasha may have known or had run-ins with, to show up at such a memorial. The Swordsman Duquesne himself has substantial links to both Clint and Natasha in the comics.

Other potential attendees could include Kazimierz Kazimierczak aka The Clown (Fra Fee) and maybe, very, very possibly Yelena Belova (Florence Pugh). She will, after all, show up in the Hawkeye series at some point. For Yelena to appear at an event in honor of her “sister” Natasha seems only right. It also makes sense that the series would show Clint and his family continue to honor Natasha and her very personal sacrifice in this way.

I will just point out that it would not at all be necessary for Pugh to be in NYC now to film those scenes if her appearance takes place inside filmed on a stage in Atlanta instead. This could also explain why Laura Barton (Linda Cardellini) is not seen in any of the set pics, if she’s already inside handling some part of the memorial for Natasha.

That’s it, that’s my theory. In the Hawkeye series, Clint and his family will attend a benefit event or memorial for Natasha Romanoff in NYC and there they will meet up with some significant figures from Clint and/or Nat’s past.

Check out the Hawkeye set images at Getty Images. 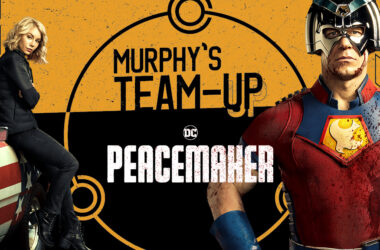 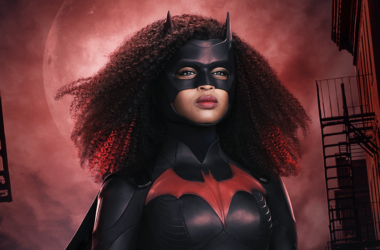 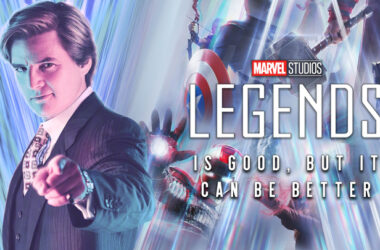