As we continue with our previews for The Falcon And The Winter Soldier characters, one of the most compelling returns is that of Helmut Zemo. Daniel Brühl‘s Zemo only appeared in one film, though you can easily make an argument that he had a substantial impact on the MCU. This guy broke up the Avengers without laying a hand on any of them. Zemo is one of the few villains who successfully reached his end goal in a film. There’s something intrigue about his return, so let’s take a look at how Zemo got here.

Captain America: Civil War introduces us to Helmut Zemo. He is a former Colonel of the Sokovian Armed Forces and the leader of EKO Scorpion. After the events of Avengers: Age of Ultron left Sokovia in crumbles, Zemo sought revenge for his family’s death. Knowing that he couldn’t fight the Avengers head-on, he focused on destroying the team with other means. To achieve his goal, he started hunting down a mission report on December 16th, 1991. Zemo found a book that contains the phrases to control Bucky, which he took after interrogating a former HYDRA goon.

He was the mastermind that coordinated the bombing of the UN in Vienna, which led to King T’Chaka’s death. It was around the same time the Sokovia Accords were signed, so tensions were high. His plan involved framing Bucky behind the explosion, which would start an internal struggle between Iron Man and Captain America. It led to the eventual arrest of the former Winter Soldier and Steve Rogers by the CIA.

It becomes the perfect opportunity for Zemo to use the book on Bucky, who goes on a rampage. He then plants the seed of him heading out to activate other HYDRA super-soldiers, which is why the Avengers fight at the Berlin airport. He waits his time at the base until Rogers, Stark, and Bucky arrive. There, he reveals that his plan was never about the soldiers. He killed them long before they showed up. The file he was looking for was to show Stark the night his parents die.

Now that he managed to destroy the Avengers from the inside, as Iron Man, Captain America, and Bucky duke it out, he sits in the snow. T’Challa, who learned there is no point in taking revenge, confronts the former Sokovian soldier on his action as he plays with a gun. The moment he tried to end his life, T’Challa jumped in to make sure he can’t go through with it. The last we saw of him, he was in the same cell that Bucky was imprisoned in. We will see how he escaped and decided to don his mask once the show airs on March 19th on Disney+.

It is amazing to think a full year has already passed for Murphy’s Multiverse. The team has grown…
Read More 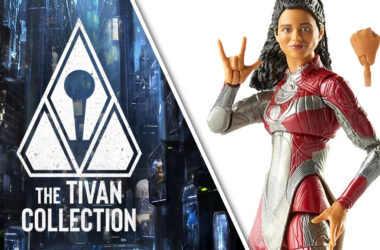 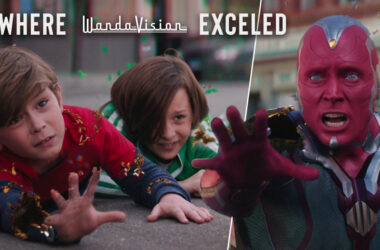