Marvel Studios could be using one-off specials on Disney+ to introduce new characters before they appear fully-formed in theatrical releases. The multiple reports that Marvel Studios is working on a Werewolf by Night Halloween Special for Disney+ suggest the studio could be expanding beyond traditional streaming series to formats that will allow more inventiveness in their theatrical releases. The evidence isn’t definitive at this point in time, but let’s take a look at what there is and see how it might play out beyond the projects we know about. 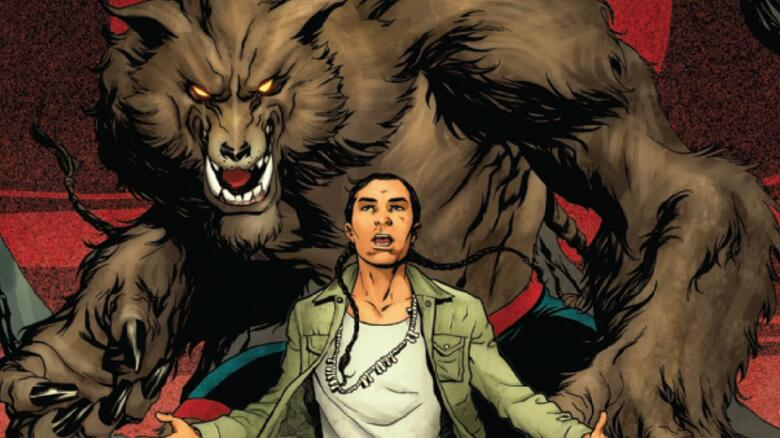 The Cosmic Circus reported earlier in August that Werewolf by Night would be a Disney+ project using Natural History Productions LLC as its production company and a February 2022 filming start date. But then The Wrap reported last week that the Werewolf by Night Disney+ project would be a Halloween Special. This prompted a reevaluation of 10 possible Marvel Studios LLCs that have been incorporated since the beginning of April.  Natural History Productions is listed as a “DTC STREAMING PRODUCTION” while other Marvel Studios’ LLCs are listed as “DTC SERIES”, meaning this designation could indicate Disney+ specials have a particular registration.

With that in mind, it seems logical that there would be less than a year between a special airing and a theatrical appearance from the same character. So what could be filming in 2022 that could feature Werewolf by Night? Blade is currently scheduled for a July 2022 start, putting it on track for the October 2023 release date. The origins of both characters are connected to the Darkhold, as vampires and werewolves were created using the book of the damned in the comics. It is possible we might see similar traces of lore as the book travels from Wandavision to Doctor Strange in the Multiverse of Madness. Both Werewolf by Night and Blade have also been members of Midnight Sons in the comics. It remains to be seen whether the actor that is cast as Werewolf by Night will appear in Blade, but it’ll be exciting to look out for it!

What about the other special we know about? The Guardians of the Galaxy Holiday Special will release in December 2022 while Guardians of the Galaxy Vol. 3 is set for release May 5th 2023, continuing the speculated pattern of less than a year between special and film. James Gunn has said that it will contain “stuff you’ll need to know ahead of Guardians 3.” This perhaps emphasizes the point about specials introducing someone or something ahead of a theatrical release.

So what stuff could we need to know before Vol. 3? Maybe we’ll spend some time with Adam of The Sovereign from the Vol. 2 post-credit scene, or perhaps we might be introduced to a villain, event, location or event that will be important for the film. As it is filming with Guardians Vol. 3 and using the same sets, it is likely the holiday special won’t have a separate LLC, as it won’t need separate accounting so will probably use Infinity Productions III LLC.

This doesn’t stop us from speculating on what the other LLCs not listed as DTC series could be. It’s by no means guaranteed they’ll be specials as Natural History Productions LLC is with Werewolf by Night. For the fun of speculation, let’s keep them as specials connected to a film or series starting to film within 12 months of the special itself filming. Taking on board the filming date of Werewolf by Night and that each of these LLCs were incorporated in April 2021, it’s likely both the specials and connected film/series will begin filming in 2022 or early 2023. So let’s speculate about what specials On Your Mark Productions LLC, Battle Anybody Productions LLC, and Acid Pop Productions LLC could be.

Although it seems like On Your Mark Productions LLC might be related to Ghost Rider, there is a better LLC match. As previously explored, Richmond Street Productions LLC, which is registered as “DTC SERIES” could be referencing the first appearance of Danny Ketch, indicating a better connection. The Human Rocket known as Nova could be suited to On Your Mark Productions, but where could he appear soon? With The Marvels releasing in November, perhaps there might be enough time after that finishes filming to produce a special to give some background on Richard Rider before he appears fully formed.

Battle Anybody Productions LLC could seem to fit the former commander of the Red Room who has experience in mimicking fighting styles to fight anyone that comes at her. It might also fit Contessa Valentina Allegra de Fontaine who is seemingly building a team ready to take on any threat. Perhaps Toni Masters (formerly Dreykov) is using her skills learnt from muscle memory to instruct low-level associates of organized crime when Val recruits her. This could easily be some backstory that we see filled in before appearances of both in Captain America 4 perhaps.

Lastly, Acid Pop Productions LLC has a Harry Potter connection as The Cosmic Circus pointed out. The most immediate reference there could be to Young Avengers which we have speculated could be using Blueberry Waffles Productions LLC through young heroes connected to magic. Perhaps this special could be an introduction to Billy Kaplan and Tommy Shepherd as they exist in the MCU after Doctor Strange in the Multiverse of Madness and before the Young Avengers series itself.

None of this speculation is assured by any means. It might be that these specials introduce an event, concept, or location, as recent Legends episodes have focused on The Tesseract and The Avengers Initiative. Or perhaps if a special is successful enough it might spin off into a full series. Perhaps specials themselves might be strung together as an anthology like BBC’s Small Axe before a theatrical film introduces a team-up. This speculation does perhaps point to increasing ways Marvel Studios might be creatively using their platform on Disney+ which could, in turn, enable them to innovate around their films.