It’s been almost two years since we last saw Marvel Studios grace the famous Hall H stage at San Diego Comic-Con, and what a doozy that last presentation was. We were lucky enough to be granted a plethora of project announcements that included everything but the kitchen sink. From the bold new film horizons of Eternals and Shang-Chi to the comforting return of fan-favorite characters to the small screen with Hawkeye and WandaVision. Yet one of the most exciting announcements was also perhaps the least talked about. In 1977, Marvel Comics launched a series titled What If…?, a comic book that explored what the Marvel Universe might look like if key events in its history occurred differently. At the aforementioned 2019 Comic-Con, Marvel Studios revealed it would produce an animated series by the same exact title, serving the same exact purpose, albeit for the Marvel Cinematic Universe. It’s an experimental work for the studio, featuring their first foray into animation, and is sure to aid in Marvel’s quest to diversify their storytelling heading into the future, but there’s one aspect of the series that is particularly exciting. Just like the comic it draws inspiration from, it’s an anthology. The show gives the viewers a chance to see a new adventure, starring different characters, every week. It’s an exciting format that opens up countless possibilities in terms of expanding what fans already know about the MCU, and if it goes over well with the general audience, I don’t think Marvel should stop using it after What If…?. After all, why quit adapting disco era anthology magazines after only one? Mr. Kevin Feige, if you’re reading this, I’m here to make a case for Marvel Studios’ Team-Up, the greatest Disney+ original that doesn’t exist. Yet.

First off, a little history lesson. Marvel Team-Up is a comic series that originally ran for 150 issues (plus seven annuals) from 1972 until 1985. The basic premise was as simple as the title: in each issue, one Marvel character would unexpectedly bump into another Marvel character while dealing with a problem, and then the two characters would work together to solve said problem. Oftentimes, the objective of the book was to promote minor characters by throwing them into adventures with major ones (i.e. Spider-Man meets Werewolf by Night), and then to fill the spaces in between with marquee pairings that could maintain sales and keep interest with readers (i.e. Spider-Man and the X-Men). The villains of these stories also had a tendency to be lesser-known threats, such as Zarrko the Tomorrow Man or the Grey Gargoyle, so that the arrival of big-name baddies could be saved for more mainstream titles. Although it wasn’t advertised as a Spider-Man series, the web-head was featured as one of the main characters in 140 issues and all but one of the annuals, and the series was subsequently replaced by a new ongoing Spidey book after a 13-year run. The popularity of the team-up concept persisted, however, and Marvel Team-Up found itself revived three more times, in 1995, 2005, and 2019, for a handful of issues each, while alternate versions of the Spider-Man character found themselves meeting all kinds of super powered individuals in the similarly short-lived Ultimate Marvel Team-Up and Superior Spider-Man Team-Up.

If Marvel Studios thinks they can find success copying the What If…? formula and pasting it onto their own Marvel universe, I think they can find success doing the same thing with Marvel Team-Up. Maybe I’m biased, considering the series was among the first I ever read as a kid and does have a hefty amount of sentimental value, but the idea makes a lot of sense in context as well. If you think about it, the general idea behind the original Team-Up was even used in a reverse fashion by Sony to some effect for their newest Spider-Man trilogy, co-produced by Marvel Studios, in which they found ways to team Spidey up with established MCU characters (Iron Man, Nick Fury, and reportedly, Doctor Strange) in an attempt to promote his new brand. Now imagine, for a moment, that strategy being applied to a hypothetical show wherein each week, two MCU characters, who wouldn’t be likely to interact often in any sort of film, cross paths and take down a relatively minor threat in the time span of an hour-long episode. The show’s objective would function much like that of the comic, mixing the marvelous misadventures of less popular MCU heroes or side-characters with bigger names, in an effort to give the spotlight to actors who wouldn’t normally have a chance to show what they’re made of and create fun new character dynamics that fans might not even know they needed. It would also be a chance for Marvel Studios to flesh out their universe in an organic way, showing what their protagonists and deuteragonists get themselves into when the big events aren’t happening, and opening the door for a litany of quirky new villains to make their live-action debut without taking time or space away from the main films and television series. Obviously, this kind of show would cost a small fortune to cast if every episode featured Spider-Man or Doctor Strange-level characters, but following the book’s given format would mean that the majority of episodes could center around cheaper names and faces, and the proof that folks would still tune in to watch is already in the WandaVision-flavored pudding. One of the latest episodes mainly featured Randall Park’s Jimmy Woo (side character from Ant-Man and the Wasp) teaming up with Kat Dennings‘ Darcy Lewis (side character from Thor) to solve a supernatural mystery involving Teyonah Parris‘ Monica Rambeau (side character from Captain Marvel), and half of Twitter is already calling for Marvel to make a spin-off.

A potential Team-Up series could also capitalize on the same kind of behind-the-scenes hype that The Mandalorian has used as a mixed marketing and creative golden goose since its inception. With the Team-Up pitch acting as an anthology, every episode could also feature the work of a different director, famous or otherwise, lending their talented touch to the script and conversation-inducing name to the credits. It would give Marvel Studios the opportunity to work with boundless talent from every race, gender, and creed (should they take it, and they should), and would allow multiple directors to get their hands on the world of Marvel, if only for an hour or so at a time. Perhaps Edgar Wright was never able to make his Ant-Man movie as intended, and perhaps we’ll never get the “young Hank Pym and Janet van Dyne series” that many fans found themselves clamoring for a couple of years ago, but we could hypothetically get an Ant-Man and the Wasp team-up episode set in the 1960s, directed by Edgar Wright as a consolation prize. As a bonus, should a certain director prove more than capable of handling the MCU, the studio could even make the move to give them a larger project, which is once again something we’ve seen work with The Mandalorian and Deborah Chow, who, after an impressive showing in the debut series, is on her way to direct every episode of the upcoming Obi-Wan Kenobi show. The same goes for guest appearances from new characters. The second season of The Mandalorian made headlines when Timothy Olyphant seduced audiences as Cobb Vanth for only a single sultry episode, and it now seems possible that he could appear in more Star Wars content down the line. Envision the kind of damage he could do in an episode of Marvel Studios’ Team-Up, playing long-lost Asgardian warrior Balder the Brave, as he fights alongside Jamie Alexander as Lady Sif and Simu Liu as the misplaced Shang-Chi, against the evil forces of the witch Karnilla and her magic Norn Stones in the realm of Nornheim, all directed by Rick Famuyiwa. Wouldn’t you like to see a Disney Gallery inside look at that episode? Put it back-to-back with the Jimmy Woo/Darcy Lewis reunion and you have yourself a show. Also keep in mind that the MCU is only growing, and soon a series like Marvel Studios’ Team-Up would be able to include characters from the world of X-Men, Blade, and the Fantastic Four, which most of us would see as an absolute win.

One quick side note, should Marvel Studios not be able to afford such a series in live-action, it wouldn’t be heartbreaking to bring the project to life via animation, like What If…? before it. Animation is a wonderful medium for all ages, and the market for exclusive animated shows on Disney+ has never been better, thanks to the valiant effort of The Clone Wars seventh and final season. We now know that the entertainment juggernaut has no problem getting its impressive stable of performers to return for one-episode vocal parts, and if Marvel can strike another deal with Quebec-based animators Squeeze, they could create any environment for any episode, without having to build a set. 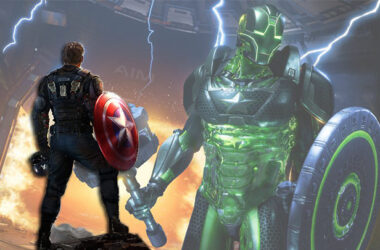 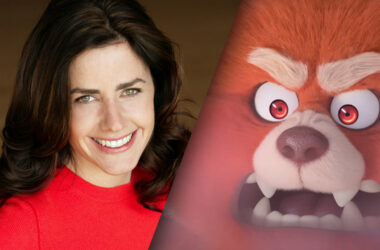 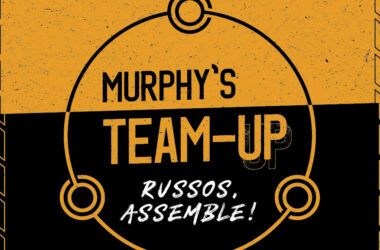