The last few days have been crazy for Marvel’s Avengers. A lot of details have leaked for the game. We just recently got our first look at War Machine and Black Panther. Shortly after, visuals teased the Inhuman Royal Family and even a gear customization menu. We are only a month into the game’s lifespan. The potential of new heroes, villains, and missions every month is an exciting prospect. It is hard to deny that it has been a bumpy start. Some bugs were even game-breaking. Still, Crystal Dynamics has been very active. They have been releasing patches just within the first few weeks. It gives some hope that the game will start to develop from here on.

I wrote up an article about what I was hoping would be added to the game, which you can find by clicking here. I am slowly getting into developing my builds within the game. While I did play Destiny briefly, I never got too into it, so this is the first time I am heading in with a deep dive. So, after finishing most of the endgame, I do have some more thoughts on how they can fix their current lack of engagement. Many hardcore players may already have invested 100+ hours into the game, so now it becomes a fight to bridge between content updates. I already made a wishlist a while back, so this is more focused on long-term ideas to expand the Endgame concept. They won’t solve current issues but would make the game stand out more among the growing Gaming-as-a-Service market.

From Mjolnir to Stormbreaker

So, in my wishlist article, I discussed the overall loot issue. Exotics are currently available either through the single-player Mega Hive or multiplayer Elite Hives. They aren’t that much different, so the chances of finding an exotic aren’t high. Crystal Dynamics also nerved the gear tier Legendary to only having two instead of three perks. Now, this isn’t uncommon as they are rebalancing the game. Understandably, this way will not get the best reactions. At first glance, the gear system is very by-the-numbers. We have different levels with a variety of perks. There isn’t much making it stand out, as visual flourishes aren’t applied here like with Destiny. I don’t mind it as I’d rather hate finding a gear I enjoy but have to switch it out for better perks. It probably also isn’t easy to balance with the skins. I started to think about how they could make both sides work and give the gear a better upgrade.

So, I had the idea of adding a unique weapon menu. Most every Avenger has a weapon or unique charm. So, why not create a special gear system around different weapon types. Users can then switch between weapons that have unique functions. You can collect gear to upgrade and develop them. It can also add visual flourishes like Mjolnir’s handle. This would work in conjunction with the regular gear system. Let’s say Thor has the choice between his hammer Mjolnir, or the Stormbreaker ax. You can now outfit each with special runes you grind. They each add different perks. As you upgrade your weapon, more slots become available. Not only does it give them unique attributes but also gives you an incentive to grind.

Plus, with different weapons, you can adjust your playstyle. Crystal Dynamics can also expand the gear system with new weapons per character that add some new ability or perk. Of course, this is just a simplified idea that could potentially add some more depth. It would at least offer a unique aspect to the Avengers gear system to make it stand out. Even Iron Man or Kamala, who don’t have weapons to have special items that could be used as the basis. It’s probably going to take time to program something like this so who knows if we would see this implemented soon.

Not your Usual Raid

So, we are still waiting for our first official Raid within this game. The A.I.M. Secret Lab will be the first time we have a brand new mission and story element post-launch. It will consist of multiple floors and, hopefully, unique environments. We hope to see more of these kinds of events shortly but so far, this is the only one we are aware of. So, I was wondering what kind of Raid events can we expect. Especially if they would include unique villain encounters beyond the existing Villain Sector missions. At one point, Crystal Dynamics will have to face the challenge of implementing larger enemies like Galactus, Fin Fang Foom, or even the Kree army. So, how do they add something new to make these events stand out while pushing multiplayer.

It could connect to my earlier idea surrounding the Chimera. Right now, it is just a hangout spot for your Strike team. Outside of your shops, there isn’t much to do at them. So, it would be great if you get a chance to develop and individualize your Chimera. You can upgrade it throughout your journey. You can even adapt it to how you want your Helicarrier to function. I would love it if you can also develop a team that is available through your actions with factions. This function can even be used at the various Outposts that you support in the game.

So, why go through all this? Well, what if a Raid sees an attack on the Anthill or the upcoming S.H.I.E.L.D. base? If you spent time helping them build it, they will give you more time to complete the mission. Also, the mission is unique if you join another person’s strike team. It creates an incentive to revisit raids that could offer different challenges. Raids could also involve multiple teams taking on massive enemies onboard of your Helicarrier. Each one would create a unique focus and support your team throughout the battle. You upgraded your Chimera to be cryo-focused, so it can temporarily slow down Galactus as he attacks. It would add diversity in the gameplay and also incentivize your work to upgrade your Outposts.

Right now, these ideas are more about the long-term potential this game has. Right now, Crystal Dynamics needs to focus on adding content to keep people playing. These are major additions that could expand the base game later down the road. We still do not know what the plan is for this game and how it will change in the coming months. Right now, its biggest issue is a lack of content once you finish the last major mission chain. It’s an issue for those that want to stick with the game long-time. I enjoy jumping in for a few rounds now as I enjoy the base gameplay. There are rumors of additional skill trees, which is an exciting prospect. It just shows that we are only at the beginning of what is to come in this game’s future. Hopefully, the wait is not that long as we enter the game’s second month.

Note: This article was originally published by Charles Murphy at That Hashtag Show on March 4, 2019. Last…
Read More 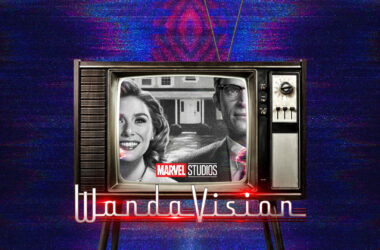 Tick Tock. There’s an interesting premise that’s called the “Rule of Three”. The rule of three states that…
Read More