It’s easy to forget that the Marvel brand isn’t as monolithic as we want it to be. It’s an enterprise that’s asymmetrical as they can come, with gear and chains that function unevenly and whose inner metrics are widely disparate from each other. The Marvel films may be Hollywood’s biggest commercial success for several years in a row, but Marvel Comics still struggles to keep their books selling. The Avengers brand is beloved worldwide, but a video game starring these billion characters was received coldly by the gaming market last year. Despite being in the same lucrative sandbox, Marvel Television and Marvel Animation have somewhat struggled to consistently churn out quality stuff that rivaled the famous films. It’s not always smooth sailing for some of the Marvel folk living in the era of Marvel domination.

This brings us to MODOK, an upcoming show from the underdog divisions that truly stands out in a Marvel era dominated and dictated by the Marvel Cinematic Universe. The show absolutely rules, which coming from someone who has spoken ill things about the output from Marvel Television multiple times on record, is saying something. Granted, a lot of the stuff that frustrated me with Marvel TV was rooted in their less-is-more/grounded approach to what should be imaginative genre storytelling. MODOK is absolutely untethered from all that nonsense. A boisterous explosion of everything that makes the Marvel Universe truly fun.

Despite growing up in the era where Adult Swim blew up, I never really got into its network programming. It might have been too eccentric for my normie teenage self at the time. So, Seth McFarlane’s work is what I leaned towards for my adult humor. Seeing a Marvel property go the way of Robot Chicken, a self-referential, parodying, manic, stop-motion bonanza is a totally novel thing for the normie in me and I dig it because it works so damn well with a character like MODOK. This wouldn’t work elsewhere with, say, a property like Squadron Supreme.

MODOK is one of the most absurd characters in the Marvel universe. That the character has had a staying power this long in the lore, while his equally wacky cohorts such as Paste Pot Pete or Big Wheel disappear into obscurity, is practically a miracle. In the comics, MODOK is this mad scientist who mutates himself into this big-headed glob of a being. He’s a primary figure in the evil scientific alliance AIM and has gone on to fight the likes of Hulk and the Avengers. So he’s a heavy-hitter as far as being a looming big bad in the Marvel Universe.

The show takes this premise and totally craps on it in the best way possible. It’s clear how Patton Oswald and Jordan Blum are aware of how ludicrous MODOK is given the lengths they go to just to crank it up to 11. The first episode sets up the idea that this floating head, who has a day job trying to destroy the planet and fighting Earth’s Mightiest Heroes, has a home life he needs to attend to nightly. He has a human wife and son, and a daughter who looks exactly like him for no good reason. On top of all that, they have the flamboyant Super Adaptoid living with them, who they treat as the Meg Griffin of the family. And that’s just the tip of the iceberg.

I cannot count the times I laughed hard at the stuff they explore in the episodes. There’s an episode about MODOK wanting to time travel to a Third Eye Blind concert to appease his wife. In another one, MODOK dumps his trash via a portal on Asgard. Hell, there is even an episode that showcases some of the most Z-list villains planning to steal Captain America’s shield. All those things, of course, cascade into the dumbest antics a supervillain can get themselves into

This kind of self-awareness is key to a premise like this. Playing it straight is absolutely the wrong way to go. This is actually a gripe I have with the Avengers game that treats MODOK with the utmost seriousness. As great as that final boss fight is, there’s just something drab about a poker-faced take on the character. The man is a maniacal head that floats on a toilet and has T-rex arms. I don’t wanna see what that would feel like in a plausible reality. I wanna see MODOK deal with the true threat of not being able to stand up when he falls on his round back like a turtle.

So if you’re precious and uppity about the sanctity of your comics, everything that makes MODOK great might be a dealbreaker for you. This show doesn’t hold back. It’ll poke fun at everything; from its own characters to the source material. But that doesn’t mean the show thinks comics stink. There’s a reverence to the way the show is irreverent towards the trove of inspiration it draws from. It truly feels like a love letter to comics and it stems from Oswalt and Blum’s adoration for it. Sure, it craps on so much of it but it’s really done in an endearing way that’s never mean-spirited about the material or the people who love it.

Easily the most evident way of expressing their admiration for the source material is the buffet of character cameos they pull from their disposal. Seriously, this show is like Super Smash Bros. but for characters that were left behind in the bargain bin of Marvel’s canon. And that’s not a bad thing at all. If anything, it’s an incredible showcase of just how rich Marvel’s villain roster is. There are bonkers cameos from characters that you didn’t even know existed in the canon. The fact that MODOK actually puts these characters in the forefront for people to enjoy is something to commend. Where else will I see Master Pandemonium host his own talk show?

The show wonderfully offsets all the craziness with some surprisingly real human character arcs. Never did I expect to be moved by the marital problems of a floating head or a child coping through a divorce but here we are. It’s incredible how the show manages to hone in on a lot of understated character work while treating its world with little to no regard. There are moments of tenderness in the show that make the experience. Doesn’t matter if it is MODOK doing his best to make sure his son doesn’t end up on the loser’s side of life like he is, or when he wrestles between his family’s happiness and his conflicting sense of purpose. 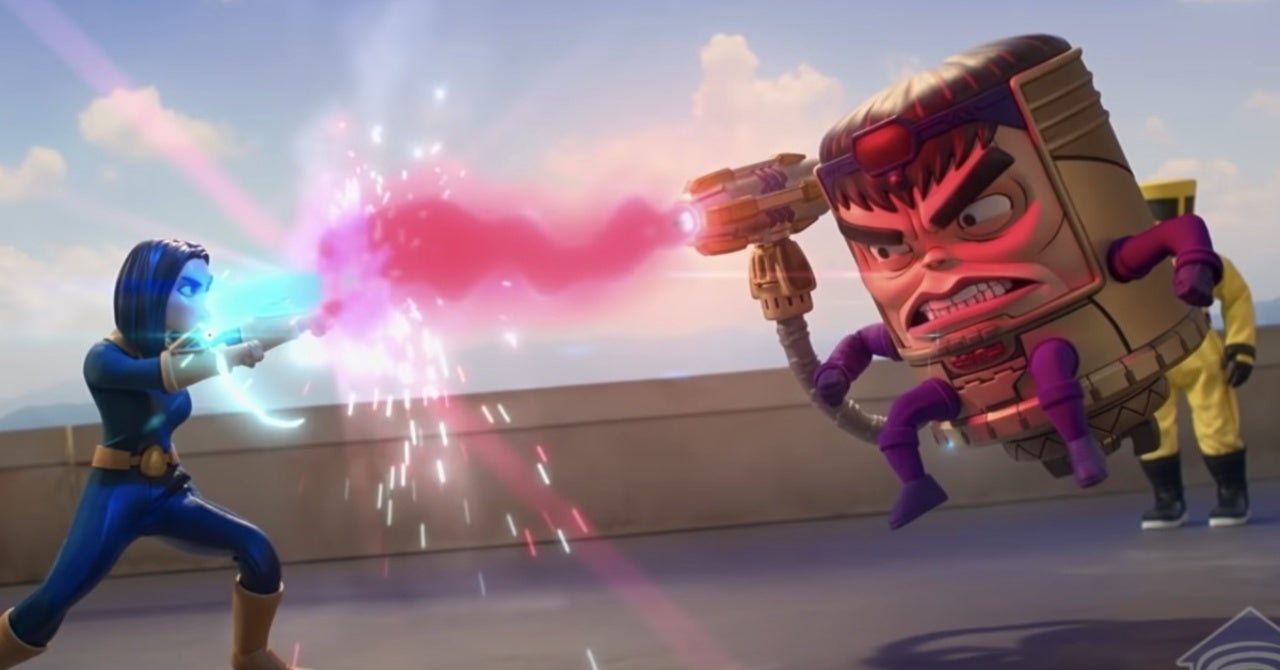 A lot of the character work is done justice by a murderer’s row of voice talent. Oswalt is pitch-perfect as MODOK that it almost seems criminal to cast someone else in a live-action iteration. There’s a moment in the season where the show hilariously and brilliantly alludes to this too. MODOK’s family is voiced fabulously. Melissa Fumero of Brooklyn Nine-Nine fame plays his daughter, who by virtue of his gene in her, is the queen bee of her high school. She is fantastic here and goes against the Amy Santiago-type by being a mean yet lovable heel for once.

Aimee Garcia is MODOK’s wife, Jodie, who’s somewhat of a Martha Stewart retail personality in the story. I’m in awe at the mileage they got from the character. She’s in many ways the center of the season. Garcia really gets to shine by being the heart of the story and sometimes, an antagonist to her husband. Ben Schwartz plays their son Lou, who reminds me of Steve Smith from American Dad. He’s that eccentric lovable nerd that can never follow in the evil footsteps of his supervillain dad. Schwartz emanates the spirit of Jean Ralphio playing Lou Tarleton and it’s a very welcome thing to hear.

There exists a through-line in MODOK in the form of two sinister subplots brewing within the shadows cast by the titular character’s charming stupidity. The subplots are mostly just okay. To me, it’s the weakest link of the entire season. It’s not flat-out terrible as it starts with a lot of intrigues and ties a lot of seemingly disparate plots together nicely. But as the season moves along, it gets buried in all the funnier elements of the series that by the time the subplots start falling into place, it almost feels too late. It certainly doesn’t help that the timing of when these subplots pay off in the season are sequenced oddly.  But who am I kidding? None of those weak links matter in a show that works as smoothly as MODOK. Like the megalomaniacal narcissist he is, the show revels in its strengths maniacally in the face of all its faults and is all the better for it. I’ve never had this much appreciation for a Marvel TV joint since Daredevil ended. The show is without a question, the best thing they’ve done since 2015. 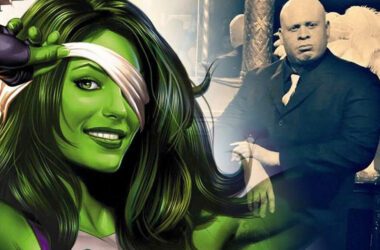 We’ve been anxiously keeping an eye on Disney+ Day, as it’ll offer our first look into the future…
Read More 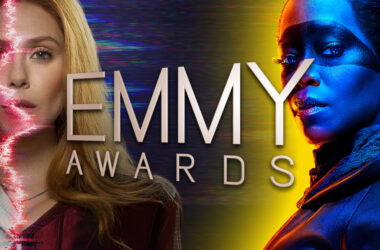