WARNING: MILD SPOILERS FOR THE MOVIE

Approaching Raya and the Last Dragon as a movie and not a benchmark for Asian representation in big media, it’s mostly just okay. It has all you need in a Disney movie; stellar animation, a color palette that’s bursting, cutesy characters, and moments of warmth to boot. And like a handful of these animated Disney movies, this one has tremendous action. Seriously. I haven’t been caught up with all the Disney animated films of the past decade but seeing how great the action was here left me impressed with the stuff they’ve been serving kids these past few years. The story falls short of having enough elements to make it a great movie on its own such as a complete arc for some of the characters but the film still manages to watchable. Kelly Marie Tran‘s voice acting breathes life into Raya fantastically. Awkwafina sounds adorable as the dragon Sisu. However, beyond the things that make a serviceable Disney animated film, it’s evident that Raya and the Last Dragon aspires to be something more. From the all-Asian cast to the Southeast Asian backdrop, the movie is meant to represent a culture that isn’t always seen by global audiences.

There’s a moment in the lengthy prologue where the estranged tribes of Kumandra convene in the prosperous land of the Heart tribe for a gathering. The Heart tribe at this point is established as the keeper of the divine dragon gem of Sisu, believed to be the source of the tribe’s prosperity. As they all gathered at the domain’s steps, I couldn’t help but feel anxious yet excited about how these tribes would be portrayed beyond the mishmash of Southeast Asian visuals and design. Being a Southeast Asian myself, there was already a bit of trepidation because of how the majority of the cast was made up of East Asian actors. Were they gonna screw up the other aspects of representation?

So there they were – the Fang, Talon, Spine, and Tail tribes – standing gloriously before the wide-eyed Raya. The Tail tribe in particular was the one I saw my Filipino culture in the most. Their complexion looked like mine. Their native attire looked inspired by our native attire. I was ready to be content in simply seeing the distilled image of the Filipino people in a movie as huge as this one.

But then they make you realize right away that all the other tribes, save for Raya’s, are totally unlikeable people.

Right from the get-go, we learn about the dynamics of a tribal Kumandra. All the tribes are jealous of Heart for keeping the gem to themselves and are desperate to betray each other no matter the cost. We see them do real despicable stuff as they ruin the gathering fast.  “Oh, I guess we’re the jerks in the story,” I thought to myself as these tribes were competing to see who the bigger jerk was.  Now, I understand that this is a story-driven choice but it’s not exactly mindful towards the goal of encouraging representation.  At least, it certainly wasn’t the way I was hoping my people would be represented in their first big Disney outing.

Raya and the Last Dragon at its core is supposedly a story about unity and trust. About how wounds can be mended if everyone could just get along and trust one another. Raya’s dad Chief Benja repeatedly shares his sentiment in one day reuniting the kingdom of Kumandra as a whole before he gets turned into stone. Being disillusioned by the ugliness displayed by the other tribes that started this whole mess, Raya feels otherwise and doesn’t believe in uniting a kingdom that is so self-centered. But throughout her journey, this outlook changes when she gets to know the other tribes and understands their differences.

Or that’s how I wish it happened.

The problem is that the film squanders the opportunity to redeem the ugliness displayed by the tribes. This comes in the form of the other tribe members she meets during her journey. Normally, this would make for an ideal time, not only for Raya to mend wounds and sow trust in her heart in place of doubt but for the filmmakers to actually give these cultures they’re claiming to give representation to some depth.

Instead, the voices of the other tribes are relegated to literal children (one is an actual toddler). With the exception of Benedict Wong’s Tong, nearly most of Raya’s supporting ensemble are children. Even the titular last dragon, Sisu, is portrayed as a naive child-like deity who has difficulty understanding humanity. The kids and Tong want one thing which is to bring back their families who were touched by the Druun and nothing more. That’s not to say that isn’t valid motivation but it’s clearly one that doesn’t lend itself to the film’s key themes. There’s not one discussion in the movie where the tribes get to settle their differences and realize that despite it all, they’re all one and the same under Kumandra. The movie fails to reconcile all these thematic pieces meaningfully.

The film also has a seemingly unintentional subtext about privilege and wealth as Raya continually laments how awful people are for fighting over a gem without realizing that her people benefitted the most from the gem out of all the tribes. How or why the Heart tribe came to be the keepers of the gem is never addressed too. She doesn’t take a moment to think what the other tribes’ notions were of being deprived of the gem in the first place. Raya just thinks everyone is totally jealous of them.

And look, I’m fully aware that this is a kids’ movie. But in an era of Disney animation where films like Inside Out and Soul tackle real existential themes of humanity in the most poignant way possible, missing the mark on thematics is very careless. Seriously, there are some straight-up contemptible characters here whose errors are never pointed out. All the bad stuff they do is magically handwaved away when the credits roll. And I’m not also asking for a reckoning for these characters nor am I saying that my people can never ever be portrayed as people with questionable morals, but on a stage as huge as a Disney film that a lot of eyes will be glued to, at least give us the benefit of having depth and somewhat of a redemption.

These issues only outline the bane of this movie: representation. More nuanced and educated people have said their piece about the glaring lack of Southeast Asian talent in a film that’s supposed to pay tribute to Southeast Asian culture but I’d be remiss as a Filipino if I didn’t say they could’ve done a better job in representing the world I grew up in. They absolutely could have done a better job. I don’t understand why they couldn’t find any other Southeast Asian voice talent to round off the cast when not one cast member wields a name brand that would instantly sell a movie. Box-office economics clearly isn’t a worthy argument. From a design standpoint, some creative choices are questionable. They even based one tribal location on the Wild West which is totally baffling. The dragon designs feel so far removed from how dragons and serpents have been culturally and historically depicted in select Southeast Asian countries. I understand that they wanted to make it the next furry stuff toy kids can buy but they end up being so unrecognizable. They almost look like My Little Pony characters, even.

Had they treated all these characters with more nuance, with some semblance of a meaningful payoff in the end, my tune would be different. Parts of this movie left me with a bad taste in my mouth. There’s a moment where a young Raya just totally bad-mouths each of the tribes in front of her father. She describes the tribe that resembles Filipinos as “mercenaries who fight dirty,” and makes more comments on how worrisome, weird and exotic the other tribes are from theirs. Those tiny digs may seem innocuous coming from cute characters but they end up sounding like microaggressions, intentional or not.

To the outsider, these qualms may feel very nitpicky, almost to a fault, even. But in a global platform where Southeast Asian representation is few and far in between, wasted opportunities like this feel frustrating. I’m sure the filmmakers’ intentions and efforts to pay respects to Southeast Asian culture aren’t mired in malice but in light of its shortcomings, it definitely feels superficial. 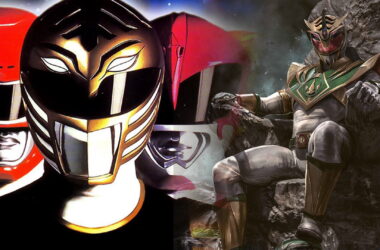 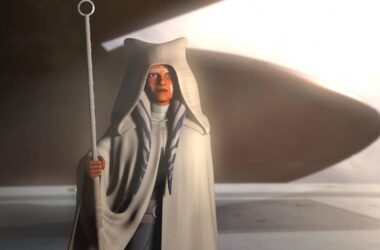 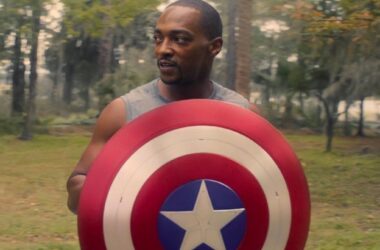