We’re nearing the end of Season 3 of Titans, which means the future is bright. Episode 11 makes sure to hold on to most if not all of the shortcomings the series has compiled this season and repeats many the same bad patterns that have pretty much been on a loop episode after episode. The remaining glimmer of hope is still Tim Drake, and his and Donna’s arc already greatly outshines everything else.

The main Gotham plot, if it can be found, is once more based on character choices that either come out of nowhere or have been visited unsuccessfully numerous times. The idea of Scarecrow going about drugging all of Gotham with an anti-fear chemical just to play a video that says the Titans are bad and Red Hood is good is disappointing to say the least. But now Jason’s aggressive interest in taking on Nightwing one-on-one to somehow prove that Red Hood is a hero is not only another situation where Jason has done a complete switch of character, but is so meaningless compared to everything else going on at this point. There is no need to worry about Jason being consistent, though, as by the end of the episode he has an internal crisis on being Red Hood.

Not to be outdone, Dick has gone all-in on being terrible. Not only have his terrible ideas gotten him and the Titans to the hiding places they currently reside in, the leader of this “family” stops at nothing to be able to fight Jason alone for absolutely no reason other than to just make it about himself. Shockingly, this gets him shot and then jumped by the dosed zombie-people of Gotham—not even Jason. Gar and Rachel, after needing a total of probably 45 minutes to learn about and then find a Lazarus Pit conveniently sitting open in a random abandoned building, pretty much hold up a neon sign that says, “Dick is going to die but we will put him in this pit and nothing matters.”

After letting Crane be the least threatening and most unnecessary villain around for the entire season, the show did put some type of effort into ramping up his crazy and violent side. The strange new complex about “the time for masks is over” somehow leads him to torturing the pizza guy and acting particularly manic. Why anyone cares whether this guy wears the Scarecrow mask or not is unknown at this time.

In another part of Gotham, Tim and Donna reunite in the world of the living. Tim’s character and Jay Lycurgo’s portrayal of him is what so much of Titans is unfortunately not—good. We get a better glimpse at Tim through his family, and the episode appears to be setting up a moment where the remaining “hold out” neighborhoods of Gotham revolt. It’s a much more compelling concept than the rest of the current plot, and the street-level and ordinary people aspect of it could be refreshing if it stays that way.

This episode seemed brilliantly self-aware that the series completely wrecks its most powerful characters for no reason. At least it can only be assumed it is aware considering it does it some more and somehow worse. For one thing, the best line of the episode is Conner telling Dick his is better than him in every way after kindly acting as Dick’s secretary. Because it would apparently be a shame for Superboy to be super, Dick promptly hits him and Krypto with some kryptonite so that the Titans can remain useless and he can get personal with Jason.

What they did to Starfire is almost unspeakable. Not only do we get some gnarly visions based on a random baby she saw in the street, but we learn that she was not born with the “fire”, her family used magic to give Blackfire’s fire to her, and now she unexplainably has new blue powers with no clear function or origin. It’s very difficult to understand why her new powers, which has “been with her all along”, are not even green–they won’t even let her be color-coordinated. Titans just won’t leave Starfire alone.

All in all, nothing much actually changed in the plot or in how the series tries to spin the plot. It is a rehash of the villains being all over the place with no real motivation or personality; Dick being a real hindrance to everything and everybody for no reason; and most good characters being reduced to nothing. Tim and Donna’s neighborhood war could be promising, but only if the rest of the Titans do not get involved. 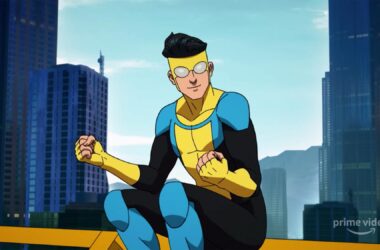 I had no prior knowledge of Invincible as a comic, so when I see that Robert Kirkman’s creation…
Read More 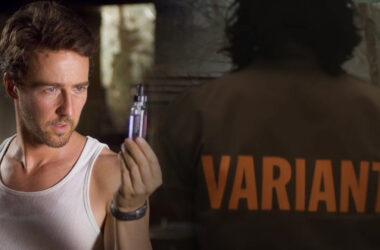