For the past year, it seems the only Marvel projects anyone has talked have been the smash-hit Spider-Man: No Way Home and the upcoming Doctor Strange in the Multiverse of Madness. This is with good reason, of course, as both films were surrounded by whispers of insane cameos and exciting character reveals. However, fans shouldn’t be so quick to forget about an entirely different MCU project that also looks to have it’s hands full in the guest department. She-Hulk is set to debut on Disney+ later this year, and the 10-episode “comedy” series is rumored to be just as jam packed with surprise appearances as it’s higher-profile siblings.

The difference is that, aside from some previously established stars like Benedict Wong‘s Wong and Charlie Cox‘s Matt Murdock, most of the rumored cameos will supposedly be from characters even hardcore Marvel fans may not know. A recent Reddit post named a handful of C-Listers as potential guests on the show, and gained a bit of credibility when an audition tape for one of those characters, Mr. Immortal, seemingly leaked online. If you’re not sure who that is, have no fear. Articles like this one exist to keep people informed. Read on to discover a few more of the relative unknowns, and learn about their brief comic book histories.

Craig Hollis, better known as Mr. Immortal, made his biggest impact on the Marvel Universe as a founding member of the Great Lakes Avengers. As a child, Hollis was visited by a cosmic entity calling itself Deathurge, which often attempted to put him in life-threatening situations. After a tragic event which resulted in the death of his father, Craig learned that Deathurge had granted, or cursed, him with immortality. Every time Hollis dies, he is immediately resurrected. In his adult years he would decide to put this ability to good use and become a costumed superhero, creating a team of similarly mediocre do-gooders operating out of the Great Lakes region.

Mr. Immortal was rumored to appear in She-Hulk asking Jen to help with a divorce from his wife, something the leaked audition tape supported when it’s dialogue involved the character mentioning both a failed marriage and a failed suicide attempt. In the leaked video, actor Tom Archdeacon is trying out for the role, but he isn’t the first person to go for the red-and-blue tights. Derek Theler, of Baby Daddy fame, was once attached to play Hollis in a loose adaptation of New Warriors for the Freeform channel. A pilot was filmed, but never released, opening the door for a new performer to possibly take the role for Disney+.

Another rumor from the same Reddit leak claims that Tim Roth‘s Abomination will at some point set up a mountainside retreat for “various low-tier villains and other side characters”. Among those named as inhabitants of the retreat is Man-Bull, a lesser known antagonist from the pages of Marvel’s Daredevil comics. William “Bill” Taurens (a clever last name) was a low-class thug hired to round up human test subjects for a mysterious scientist’s new experimental serum. The serum was seemingly designed as an enhancer, taken from the genetics of a bull, and Taurens was forced to undergo the procedure himself after Daredevil prevented him from kidnapping anyone else. Transforming into a large, bull-like creature, Taurens took on the name Man-Bull and sought his revenge.

He would go on to clash with Daredevil on multiple occasions, though he never managed to rise to arch-villain status. Man-Bull’s story would get more interesting in later appearances, coming into conflict with characters like Hulk, the Scarlet Witch, and Hercules. He even once found himself infused with extra power, becoming a version of the Minotaur from ancient Greek legend. Unfortunately, it’s likely none of this will come to pass if he shows up in She-Hulk, where Man-Bull is an odds-on candidate for comic relief.

Alongside Man-Bull at the mountainside retreat is purportedly Porcupine, who has had a few iterations in the comics. The original character to don the identity was actually a member of the United States Army, one Alexander Gentry. A weapons designer, he crafted a military battle suit inspired by the abilities of a porcupine. Anyone wearing the armor would be coated in a layer of powerful quill-like weaponry, which doubled as self-projectiles or tubes to fire other ammunition such as poisonous pellets, gas, fire, and other objects of the sort. Obviously, things with the army didn’t go as planned, and Gentry instead used his invention to turn to a life of crime. His first superhero opponents were the original Ant-Man and Wasp, but he would also eventually come into contact with other big name heroes like Captain America, Moon Knight, and the Fantastic Four.

Over time, a man named Roger Gocking would also begin using the Porcupine suit. Though he lacks an established background, he did follow in his predecessors footsteps by joining a variety of supervillain teams to support his own middle-of-the-road status. Around the same time as Gocking’s emergence, a mutant teenager named Billy Bates would develop porcupine-like powers and take the name for himself. It’s unclear which alias of Porcupine is allegedly scheduled to appear in She-Hulk, but Bates’ mutant origin may knock him from contention.

Perhaps the most interesting claimed constituent of Abomination’s little club is Baron Blood, who actually has sort of a long history in Marvel’s comics. Blood, born as English aristocrat John Falsworth, originally came to prominence as an adversary of The Invaders during World War II. He is the younger brother of longtime Invaders feature Union Jack, who, after losing his fortune to the elder Falsworth, travels to Transylvania to pursue his love vampirism. An encounter with Dracula turns John into an undying bat-like vampire, which apparently also results in a lapse of moralism as the newly-christened Baron Blood sides with the Nazis and begins battling his brother’s super heroic allied forces.

Blood’s importance in the comics has diminished since his early appearances, but he has continued to surface occasionally and cause trouble for his former World War rivals. Other versions of the character have been introduced in later stories, like an undead version of Doctor Strange’s brother and John Falsworth’s great nephew Kenneth Crichton, but it’s most probable the original is who might appear in She-Hulk. His brother James is already canon to the MCU, having been portrayed in a minor role by JJ Feild in Captain America: The First Avenger. Maybe Blood’s rumored cameo will allow more World War II stories to be told in the future of the MCU, or even establish an unexpected connection with Marvel Studios’ upcoming reboot of the Blade franchise. 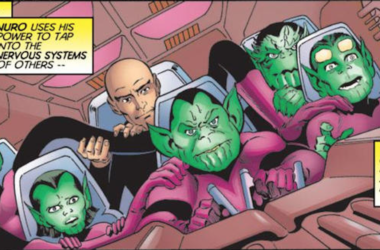 Could the inclusion of Killian Scott as Cadre K in Secret Invasion Lay the Groundwork for the MCU Mutants?
Read More 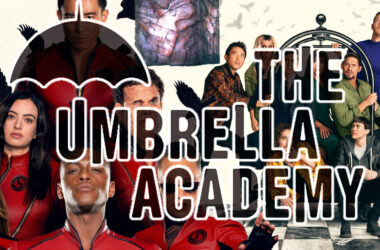 The Umbrella Academy's third season premiered on Netflix in June and ultimately failed to make use of The Sparrow Academy.
Read More 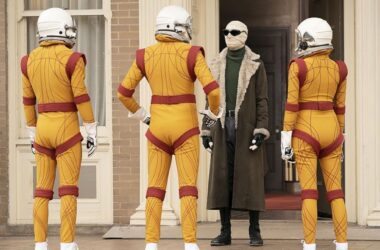