dalbinosorio
1
0
0
With the news that World War Hulk(s) is in development at Marvel Studios, we break down what a live-action adaption needs to do to succeed.
Total
1
Shares
1
0
0

On Wednesday, Geeks World Wide broke the news that the next time we could potentially see Mark Ruffalo‘s Jade Green Giant is in a film adaptation of World War Hulk that will spring out of Disney Plus’s upcoming She-Hulk series releasing in 2022. With a World War Hulk(s) movie in the making, Anthony and Dalbin break down what a feature adaption of the comic could and should be!

Anthony: There’s always been a fascination from the comic book community about what a World War Hulk adaption would look like on the big screen. Does it need to be comics canon? Not completely. Some things are necessary, though.

We need to see Bruce Banner at odds with the Avengers physically. We got a taste of that in Age of Ultron as Hulk took on Veronica the hulk buster, but that didn’t have the emotional stakes this one could potentially have.

Whether it’s an accident or something more significant, Bruce could be at odds with one of the more powerful leaders of the Avengers. Maybe a throwdown with Captain Marvel, or perhaps a rematch with Thor? All the possibilities are tantalizing, the difference being that this time there’s personal stakes attached.

Even seeing something like the Hulk and his brethren take on multiple Avengers could have catastrophic consequences for the Marvel Cinematic Universe. It also would be extremely compelling, bringing grit and grime the Hulk has been way overdue for. This is also potentially a great way for Mark Ruffalo to end his run as the Hulk. He’s getting a bit older and maybe he doesn’t want to do this forever. A story like this would be a satisfying conclusion to his arc if Marvel Studios and Ruffalo chose to go that route. However it goes, World War Hulk has the potential to change the fabric of the Marvel Cinematic Universe’s storytelling as we know it.

Dalbin: She-Hulk, the Disney+ 10-part series, is shrouded in some mystery, but what we know is it will star Tatiana Maslany as the lead heroine and Jameela Jamil as the villainous Titania. They’re the newcomers joining the Marvel Cinematic Universe, but the show is equally as important for who is returning.

Fresh off appearing in Shang-Chi and the Legend of the Ten Rings, the Abomination and a now-human Bruce Banner will feature in She-Hulk. As Jennifer Walters’s cousin, it’s no surprise we’ll see Banner, but last we saw Emil Blonsky he was no longer in a S.H.I.E.L.D. holding facility. (He was most likely on board the Raft). Instead, he had just fought Wong in the underground Fight Club that the new leader of the Ten Rings was overseeing. He and Wong left through a portal as Wong was training him on how to be a more effective fighter, however, it’s never made clear as to why Wong is training Abomination.

Could the Abomination, who is now free, be recruited by Julia Louis-Dreyfus’ Val for whatever her endgame is? Does she send Blonsky after She-Hulk? More importantly, is Banner then forced to transform into the Hulk to defend his cousin from the two superpowered villains?

Banner is the one whose appearance in Shang-Chi‘s post-credits scene raised even more eyebrows. No, not because Jolly Green seemed to be serving in a leadership role post-Endgame with Captain Marvel and Wong, but because he was human. Yes, his arm was in a sling, but he was very much Mark Ruffalo. What happened post-Endgame that split Hulk and Banner after Banner spent time post-Infinity War bringing them together? And how do we get from Banner in a leadership role to Banner potentially being exiled off Earth Prime?

What if it isn’t the Hulk we know? Could we be getting ready to see the introduction of the Immortal Hulk? A Bruce Banner whose timeline mirrors the Banner from Earth-Prime until the One Below All possesses him? This Hulk, in the comics, actually killed the son of Sue Storm and Reed Richards. Yes, the Franklin that tried to save the multiverse. An all-powerful Hulk unhinged is strong enough to be jettisoned off-world, but what if stopping at one Hulk isn’t enough? What if She-Hulk or any Hulk-like character are blasted off Earth Prime?

With the Multiverse opening up following the events of Loki, what we thought we knew about the Marvel Cinematic Universe no longer applies. After all, a Secret Invasion is heading our way soon that could pave the way for even more Skrulls to descend upon Earth or reveal themselves. Everything has within the Marvel Cinematic Universe has been leading to this. Yet, it’s hard to believe we are ready for what Marvel Studios has in store for Hulk.

World War Hulk will enter production sometime in 2022. A release date is yet to be announced. 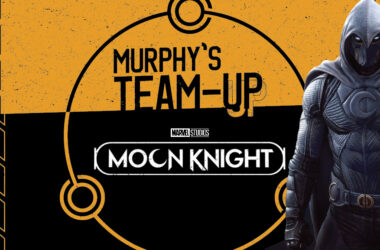 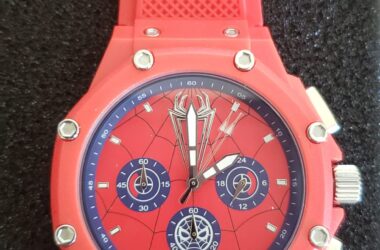 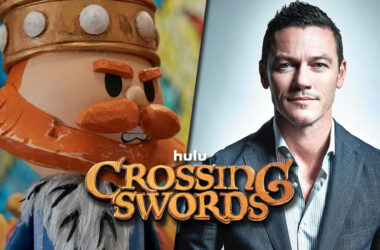