Episode 3 of Marvel Studios Disney Plus streaming series The Falcon and The Winter Soldier delivered on what we’ve all loved about the series so far. Fans got some intense fight scenes, some shit got blown up and it continued to give us character development, although in smaller doses this week. It also gave fans a nice basket full of Easter eggs and some references that could give some clues about where things might go in the future. Obviously, the rest of this article will go into spoiler territory, so if you haven’t watched it yet get out of here and come back when you have.

That’s Baron Zemo To You, Peasant

In what comes as a bit of a surprise to Sam and much of the audience who may not be familiar with the character, the episode reveals that Zemo, who was presented simply as a solider when we met him in Captain America: Civil War, is a Baron. In the comics, Helmut Zemo was the 13th Baron in a long line of Barons Zemo dating back to the late 15th century. While Zemo is on the side of our heroes for now (although our heroes aren’t acting very hero-y), it’s hard to imagine Marvel Studios brought him back to make him an honorary Avenger. We know that prior to the pandemic, The Falcon and The Winter Soldier was set to film some scenes at Ploskovice Castle in Prague, a location that, as we speculated here, could be the perfect stand-in for the ancestral Castle Zemo. It’s unclear if they ever made it there to film or not, but this looks like the kind of place Zemo could head at the end of the series to plot and plan and even have a few friends get together…

Was that a Snap Wilson Reference?

ould In a line that could have easily been missed (and also led to a great response by Zemo), we got what seemed like a callback to the now retconned past of Sam Wilson in the comics. At one point in comic book history, Sam Wilson was actually a mobster, pimp and drug lord who went by Snap Wilson. A weird choice to be sure, since at this time, Sam had previously been established as a social worker who became a hero; fortunately, Marvel Comics saw fit to erase this from Sam’s official history in 2015 by writing it out of canon as false memories implanted by Red Skull via the Cosmic Cube.

Once fans became aware that the series would be taking us to Madripoor, speculation about what characters associated with the lawless land we’d see and, quite frequently, Madripoor big-timer Tyger Tiger was among them. Looks like you could give yourself partial credit on that one because you got the last part right. Episode 3 gave us a reference to a much more obscure Marvel Comics character, Conrad Mack, aka Smiling Tiger. Mack was part of a really interesting group called the Folding Circle who had quite a powerful influence on Madripoor. Mack was also a part of the Thunderbolts Army during the Civil War arc.

As you first saw in our exclusive set photos, the set that was Lowtown, Madripoor was essentially a giant Easter egg. This episode showcased quite a few of the ones from those set photos,  including The Brass Monkey, but the best Easter egg of the episode came when Sam’s eyes took us to the neon sign for The Princess Bar. We never made our way inside and that’s probably for the best. The Princess Bar, owned by the aforementioned Tyger Tiger, is one of Lowtown’s seedier joints and is oft-visited by Wolverine when he’s doing business in Madripoor as Patch.

Selby…like the Mutant Liberation Front One?

While the episode didn’t give us Wolverine, we did meet a character who is likely based on another mutant. Zemo leads Bucky and Sam to Madripoor to meet with a fence named Selby. In the comics, there are a few Selbys, but the only one that would make any sense here is one that was a part of the Mutant Liberation Front founded by Stryfe. Obviously this one didn’t have much in common with the comic character and won’t be around for any MLF activities in the future, but there you go!

This one is awesome and convoluted and just plain crazy. In the episode, we meet Dr. Wilfred Nagel and learn that after working for Hydra on the Winter Soldier project in the early 1990s, was brought into the fold with the CIA where he used the blood of Isaiah Bradley to ultimately recreate a new version of the Super Soldier Serum. We first told you about Nagel’s appearance in the film right here and speculated that his inclusion might lead to the inclusion of Isaiah and Elijah Bradley, but upon seeing the episode there could be a LOT more to it. 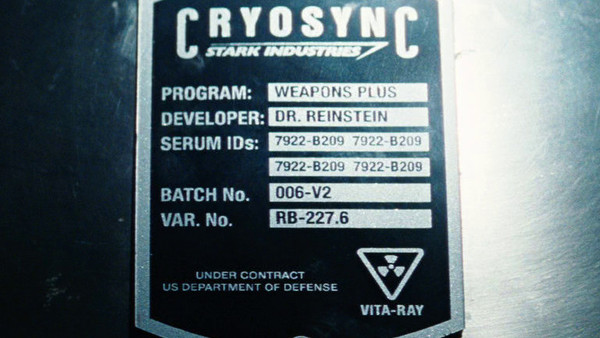 In the comics, Nagel’s story was a little different as he worked on Project Rebirth with Dr. Erskine and picked up the work after Erskine’s death. What’s interesting is that while working there, he went by the codename “Dr. Reinstein”, a name we’ve seen in association with the Weapons Plus program in 2008’s The Incredible Hulk. It’s totally retconnable for Nagel to have been working for the US Department of Defense via the CIA as Reinstein. What’s even more interesting is that as a CIA agent herself, Sharon Carter would have potentially had access to information about Nagel’s work, making it quite the coincidence that they are both on Madripoor together.

There are some other nice nods here. Some are obvious, such as Zemo’s mask and the appearance of Ayo (whose appearance we first speculated on here and here) and some less subtle like Sharon briefly battling with a weapon similar to her comic book weapon of choice. This episode definitely highlighted the globe-trotting espionage that we’ve been waiting for and, in doing so, gave fans a lot to think about going forward. There is still more to say about Marvel’s Avengers. Ever since the Beta launched, a Reddit user who…
Read More