Duchess Satine of Mandalore is on the run, and Jedi Master Obi-Wan Kenobi has been assigned to save her. The two have a long history together, dating back to Kenobi’s time as Qui-Gon Jinn’s apprentice. For a moment, all feels right again. Remarks and retorts are thrown back and forth as they relive their glory days, nearly forgetting about the weight of their responsibilities. The same weight that crushed any chance they had at a life together all those years before. Then, suddenly, Senator Tal Merrik is unveiled as a traitor. His sights set on ending Satine’s life. Thinking this might be the end, the Duchess admits something she never thought she would. “I’ve always loved you“, she says to Obi-Wan. The Jedi responds with one of his classic quips, “This is hardly the time-“. Satine stops him with a furrowed brow. She knows something about him nobody else does, and no amount of wit will substitute the admission she’s looking for. Kenobi takes a moment, and then he says it. “If you had said the words, I would have left the Jedi Order.”

Obi-Wan is a lot of things. To one generation, he’s remembered as the wise old hermit who set Luke Skywalker on the path toward becoming a legendary Jedi. To another, he’s seen as a valiant hero of the Clone Wars, who never faltered in the face of tragedy. He’s loved by legions of fans because he is brave, he is charming, and he always appears to do the right thing. He is Jedi Master Kenobi, a purveyor of righteousness and adept at all things not flying. What people tend to forget, however, is that he is also deeply human. Full of regret, sorrow, and longing. He knows where he’s made mistakes, and he knows where he will continue to make them. He’s just really hoping the next one won’t be as bad as his last.

It’s this trait, perhaps his most crucial, that endears him so completely to so many, even if they aren’t aware of it. Duchess Satine would end up surviving that terrifying brush with death, but Kenobi’s reputation as a by-the-books mentor did not. Suddenly, fans across the globe were aware of Obi-Wan’s true self. Free of obligation and duty, for just one moment, Kenobi became every bit the emotional puppy he had spent years telling his apprentice it was unacceptable to be. This is because, as much as he tries to hide it, Obi-Wan Kenobi and Anakin Skywalker are one and the same. They just have different coping mechanisms.

Kenobi spends most of his time in the prequel trilogy scolding Anakin. The young Jedi feels so much at any given moment, and he feels it genuinely. When a person is constantly bombarded with that level of emotion, it begins to manifest in one of two ways. It either numbs itself, or it boils to the point of outward reaction. Anakin reacts, and Obi-Wan numbs. The Jedi Master’s way of dealing with his own trauma is to stuff it down and live by his code, in much the same way a real person might bury themselves in work after a bad breakup. He never truly believed in the code as an end-all-be-all solution. It was just easier to cite a rule of “no attachments” than it was to confront his own feelings. Life is less complicated when you’re not allowed to do things anyway.

During the Clone Wars, Jedi Master Luminara Unduli spoke to Anakin about his love for padawan Ashoka Tano. With both Tano and Barris Offee presumed dead, Skywalker became frantic. Unduli remained calm. Searching desperately for his learner, Anakin was told by Luminara that it was not the Jedi way to feel so strongly for his apprentice. He refused to comply. The moment is played as an indicator of Anakin’s future, but it plays surprisingly well into his own master’s future as well. This same type of emotional denial would emerge again in one of the franchise’s most iconic moments. Faced with losing his apprentice to the Dark Side amidst the fall of the Republic, to which he dedicated so much of his life, Kenobi says something that flies in the face of everything he’s told Anakin since their partnership began. “You were my brother, Anakin. I loved you!”. This, good folks, is attachment. Unbridled attachment, showing Kenobi’s true colors in the same way they emerged when he thought Satine would be gone forever.

Unfortunately, with the untimely death of Qui-Gon, Kenobi was forced to begin raising Anakin way before he was ready. At such a young age, the Jedi Knight was still learning who he was, and the Jedi Code was simply sitting there like the galaxy’s warmest comfort blanket. Qui-Gon never got the chance to teach Obi-Wan how to love himself, and he was never allowed the time to sort that out himself. Being then tasked with the emotions of a young, wildly Force-sensitive boy likely stunted his own emotional growth, and in turn, negatively impacted the way he was able to deal with Anakin’s own needs. He wanted to help, but he just couldn’t understand the way Anakin would respond to the same scenarios as himself. Both cared, both wanted nothing but the best, and yet they always argued over how to solve the problem. One reacts, one numbs, and neither is able to comprehend the other. This is the true tragedy of Star Wars, a catastrophic lack of communication.

It doesn’t help that, typically, when confronted with accusation or pressure, Kenobi will respond with some sort of cheeky comment. For him, it makes it easier to sidestep the admittance of his own faults. Earlier in the same aforementioned adventure with Satine, the Duchess mentioned having a scar to prove she spent time with Kenobi in the past. “I remember carrying you to safety“, the debonair Jedi claims. “That’s from when you dropped me“, she informs him. The visual feedback on Obi-Wan’s face seems to communicate something along the lines of, “Why would you say that in front of my friends?”. In actuality, what Satine has done is cut through the teacher’s façade. In front of everyone, she has revealed him to be fallible. No matter how many cool moments he’s had in the past, everyone now knows that Obi-Wan Kenobi once dropped the damsel in distress. He is imperfect, and it’s beautiful.

“If you had said the words, I would have left the Jedi Order“. Potentially the most important sentence Obi-Wan Kenobi said in his entire life. Only moments after speaking it, the Jedi Master would be given a near-impossible choice. Senator Merrik holds Satine at gunpoint, taunting Kenobi with the power he now holds. If Kenobi kills him in cold blood, he will betray his order and lose Satine’s respect, but if he doesn’t, Satine will die. Obi-Wan stands his ground as music swells, raising anticipation for the decision everyone hopes he’ll have to make. He grips his lightsaber, scowls, and prepares to do what must be done. Then, a blue-colored blade runs Merrik through. While Kenobi numbed himself and weighed his choices, Anakin reacted to save those he loved. “What“, Anakin says jovially, “He was gonna kill her“. The crisis is averted, and everyone involved is able to maintain the status quo. Life goes on, and nobody learns anything. This is the way of the Jedi, and its eventual demise. The rest is history. 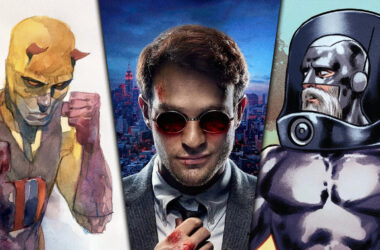 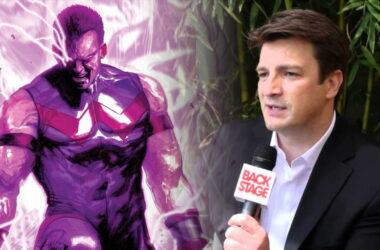