Announced in November 2018 this live-action series, set between the events of Revenge of the Sith and Rogue One, will follow Cassian Andor’s early days as a rebel spy.

After stepping late into production and co-writing Rogue One, Tony Gilroy will return to a Cassian-centered project as both director and writer. Lucasfilm is bringing established writing talent to the show, as shown by the contributions made to the series by Beau Willimon (House of Cards), Stephen Schiff (The Americans), and Dan Gilroy (Nightcrawler).

Diego Luna, Alan Tudyk and Genevieve O’Reilly will all reprise their roles from Rogue One, with a number of new faces joining the cast, being Adria Arjona (True Detective; 6 Underground) the latest name to be confirmed.

Production is eyeing a November 2021 start, a full three years after the show was initially announced. On September 22, 2020, Tony Gilroy stepped aside as director, being replaced by Toby Haynes (Black Mirror). Later on, in early February 2021, directors Ben Caron and Susanna White were also attached to the show.

During the Disney Investor Day on December 10, 2020, we got confirmation of a 2022 premiere, as well as some a first sizzle reel. Alan Tudyk was later confirmed to not be appearing in the show as K-2SO. There might be the chance this changes down the line if Cassian ends up being a multiple-season show.

The loss of a familiar face in K-2SO was compensated by the confirmation that Obi-Wan Kenobi would cameo on the show, with reports coming out that Ahsoka Tano would also make an appearance. It was also announced that Robert Emms (Chernobyl; His Dark Materials) would be making an appearance on the show in an undisclosed role.

On June 10 2021 it was reported, through different sources, that both Ben Mendelsohn and Forest Whitaker would be returning to the Star Wars universe, reprising their Rogue One: A Star Wars Story characters, Orson Krennic and Saw Gerrera respectively. 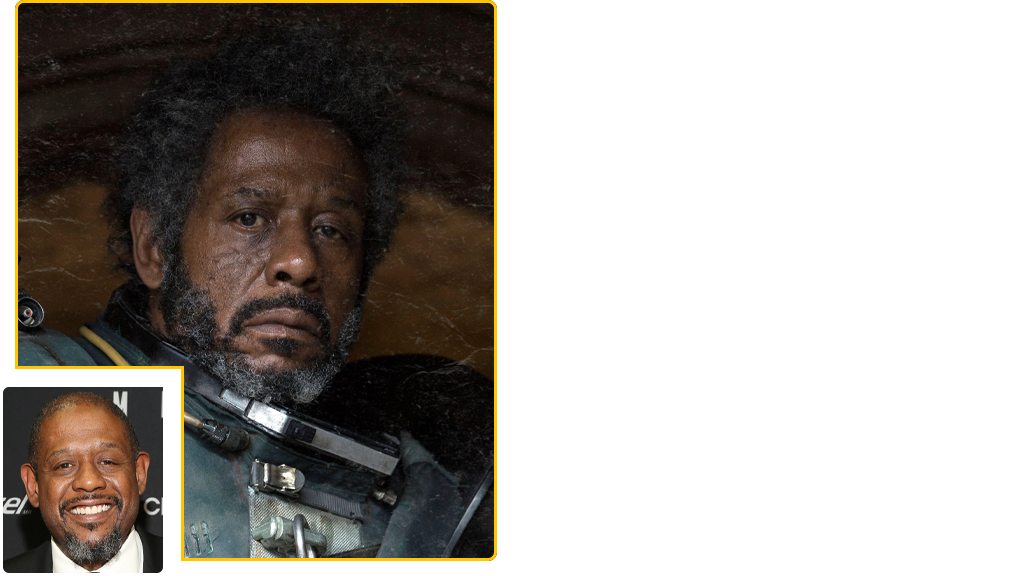 According to Corey and Noah at the Kessel Run Transmissions Grand Moff Tarkin is set to make an appearance in the series, even though Guy Henry, the actor that provided the physical and vocal performance for the character in 2016’s Rogue One hasn’t yet been approached to reprise the role.