The post-credit sequence of Black Widow set up the return of Florence Pugh‘s Yelena Belova. We meet her at Natasha Romanoff’s grave where she gets a new mission from the mysterious Val. The reality of the events that took place in Avengers: Endgame was twisted, as she is given the task to take out Clint Barton. Of course, we already knew he was getting his own Disney+ series and her return in the series was already confirmed ahead of time. There was also a report in July that she might even appear in multiple episodes. So, Total Film tried to get a bit more out of Hawkeye director Rhys Thomas, who played coy on her exact role.

I can’t speak to that. But yes, we know their past, and obviously what happened in Endgame. We know in these first two episodes that Clint’s dealing with the fallout of that. But in terms of how they meet, I can’t – I’ll just pretend I don’t know. Imagine it’s a happy meeting, where they talk over coffee and work things out.

Total Film was open about the fact if we’ll see these two at each other’s throats, but the director wouldn’t give anything away. Thomas did tease that “it all connects in some way” and that “the story is its own little world.” So, we can expect callbacks and connective tissue to the rest, but given its smaller scale, we might have a much more intimate story on our hands. 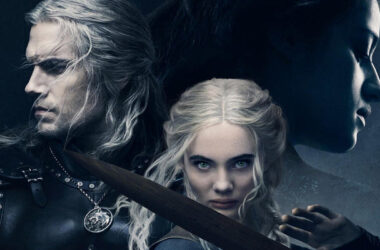 RUMOR: ‘The Witcher’ Season 3 To Begin Production in March

The forthcoming third season of Netflix's hit series, The Witcher, is reportedly looking to enter production in March.
Read More