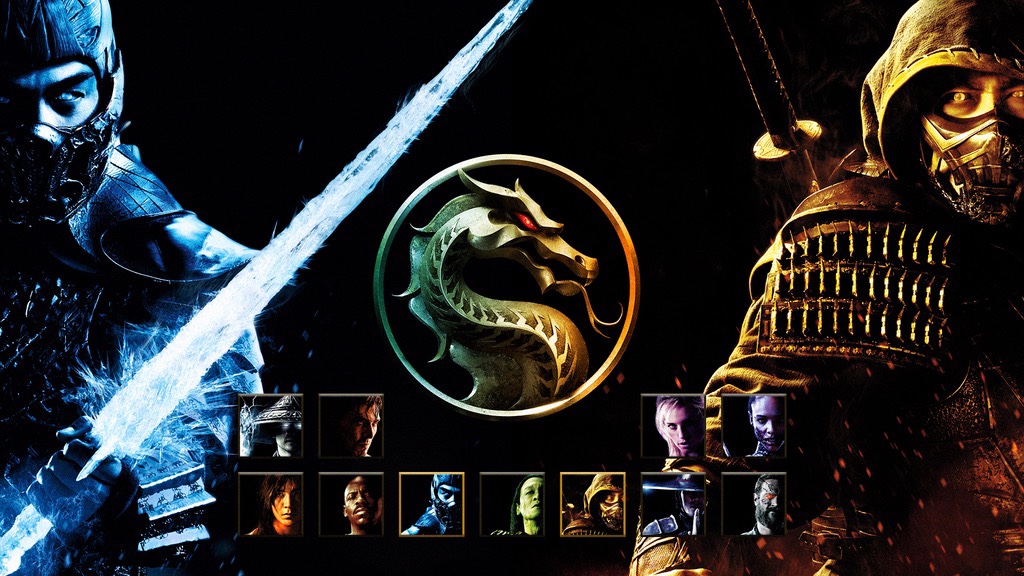 The release of Warner Bros.’ Mortal Kombat reboot is fast approaching. While die-hard fans of the infamously bloody franchise are no doubt excited to see their favorite fighters on the big (or small) screen, newcomers may be feeling a little overwhelmed by the wealth of over-the-top characters included in the film. Luckily, dissecting fictional universes is what we at Murphy’s Multiverse do best, and I’ve taken the liberty of breaking down every person, half-person, and monster confirmed to pop up in the movie. Welcome to the tournament and here are its combatants: 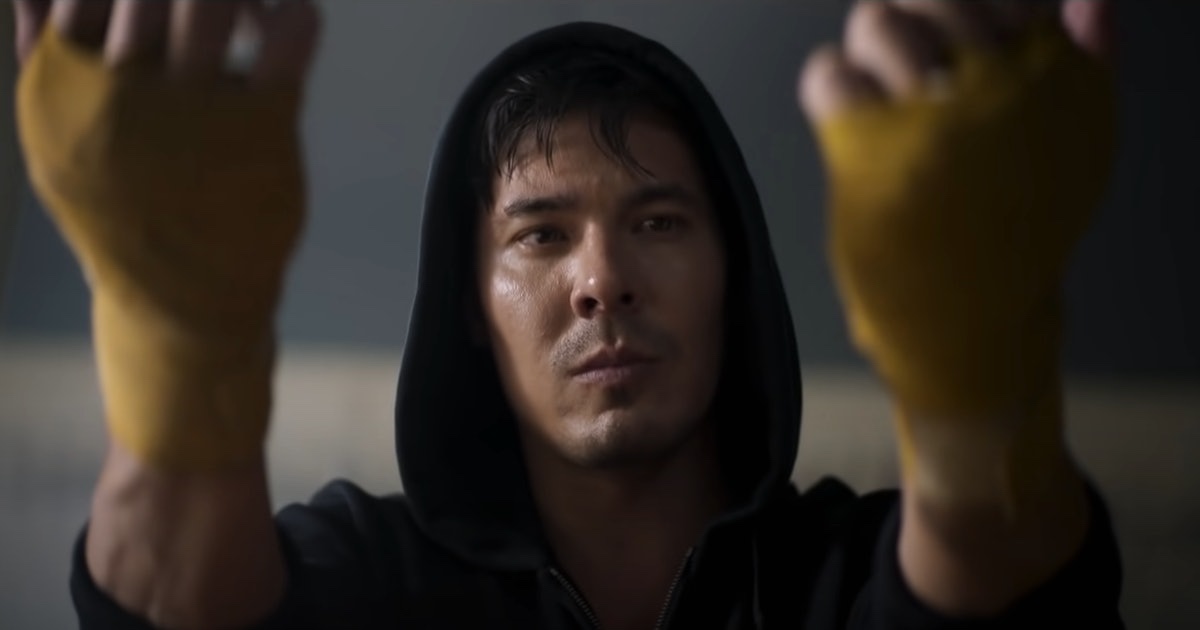 Cole, played by Lewis Tan, is the outlier on this list. As far as we know, Mortal Kombat‘s main protagonist is an original character created for the film. According to Entertainment Weekly, Young is a washed-up MMA fighter with little knowledge of his heritage. He has a mysterious birthmark in the shape of the Mortal Kombat tournament’s logo on his chest and a major chip on his shoulder. Down-on-his-luck, he finds himself pulled into the world of MK when Shang Tsung sends Sub-Zero to hunt him down, but his story after that is still a giant question mark. Although, we may have some ideas on that.

Mortal Kombat‘s mascot, and by far the most famous character of the bunch, is an undead warrior hell-bent on revenge. Born Hanzo Hasashi, he became the greatest warrior in the Shirai Ryu ninja clan, an off-shoot of the storied Lin Kuei clan. During a raid on his village by the bitter Lin Kuei, Hanzo and his family got slain by Sub-Zero. Luckily for Hasashi, he was resurrected by the evil sorcerer Quan Chi as a specter from the Netherrealm and given a second chance at evening the score. He enters the tournament to face his rival and eventually succeeds in killing him. After completing his initial task, Scorpion spends the rest of his existence balancing attempts at a peaceful life with rage-induced killing sprees against those who’ve wronged him. Along with Sub-Zero, the character has appeared in every installment in the series. Hiroyuki Sanada will wield the character’s iconic kunai when the movie premieres.

As one of the franchise’s most iconic characters, Sub-Zero is a respected member of the Lin Kuei clan with the ability to harness ice as both a tool and a weapon. The first Sub-Zero, and the one in the movie, was Bi-Han, a cold-hearted assassin who murdered Hanzo Hasashi and his family in cold blood. After Hasashi’s resurrection as Scorpion, the two became embroiled in an intense rivalry. The feud made its way to the Mortal Kombat tournament, where Scorpion would eventually get his long-awaited revenge. After his death, Bi-Han’s younger brother would take up the Sub-Zero name and Scorpion rivalry as a more honorable version of the character, while Bi-Han himself would become a ghostly wraith known as Noob Saibot. Joe Taslim will don the blue armor as the film’s main antagonist.

The original series protagonist. 1992’s debut Mortal Kombat game introduced Liu Kang as an honorable Shaolin monk. He finds himself recruited to fight in the tournament when its previous champion, Goro, and host, Shang Tsung, threaten Earth’s existence. Kang defeats them both and becomes the new Mortal Kombat champion, falling in love with the princess Kitana along the way. He returns as the protagonist and becomes champion for the first four games in the franchise. Kang defeats the likes of both world-conqueror Shao Khan and evil sorcerer Shinnok. Although he eventually takes a back seat to allow new characters to shine, as he has remained a staple in almost every iteration and installment of the series. Oh, and sometimes he can turn himself into a giant fire dragon. Ludi Lin will play Kang in the upcoming movie.

Shang Tsung is an evil sorcerer intent on stealing the souls of the tournament’s victims. He uses the souls to maintain a youthful visage and temporarily steal their inherent abilities. He spent 500 years as the host of Mortal Kombat on his private island, with Goro as his champion and Shao Khan as his only master. He came close to allowing Khan to conquer Earth but was finally defeated in combat by Liu Kang and removed from his position as head of the tournament. Following this, he spends much of the series on the sidelines, concocting nefarious schemes and continuing to serve the Khan in exchange for his eternal life. Cary-Hiroyuki Tagawa played the character in the original Mortal Kombat from 1995. Chin Han is taking over for the reboot.

Sonya is a no-nonsense member of the United States Special Forces. Alongside her partner, Jax Briggs, she formed an intense rivalry with the Black Dragon crime organization and its top mercenary, Kano. Her pursuit of Earth’s scum led her to Shang Tsung’s island, where she got forced to participate in the tournament. Her military training allowed her to assist Liu Kang in becoming champion, and she found her tough exterior cracked by the romantic advances of cocky movie star Johnny Cage. Since then, Blade has committed her career to defending Earth from otherworldly threats, settling scores, and even starting a family along the way. She will be portrayed on screen by Jessica McNamee.

Raiden is the assigned protector of Earthrealm and the franchise’s resident thunder god. The original game saw Raiden join the Mortal Kombat tournament to save his realm from Shang Tsung. After Liu Kang’s victory, he became an advisor of sorts to the heroes of Earth. He spends much of the series stoically guiding protagonists through their problems, stepping in to shoot some lightning when need be. Though recent entries have taken the character down a darker conflicted path, it seems the movie will stick to the lighter version we know and love. Tadanobu Asano will tackle the godly role in the upcoming film.

A threat from down under, Kano is the leader and top mercenary of the Black Dragon crime organization. His skill with a knife and an array of cybernetic enhancements, like his laser eye and the ability to turn himself into a spinning death ball on occasion, allow him to be a formidable fighter when he needs to be. Kano originally joined the tournament in search of riches on Earth but quickly found himself taking advantage of his newfound connections to become a real player in Outworld’s criminal underworld as well. He’s been everything from a general in Shao Khan’s army to a secret Special Forces informant, but one thing has remained consistent: Kano is the scum of the Earth. Josh Lawson will take on the role of the film.

Jax is Sonya Blade’s faithful and physically imposing Special Forces partner. He first appears in 1993’s Mortal Kombat II, venturing into Outworld to save a captured Blade. He quickly becomes a mainstay, joining his partner as one of Raiden’s chosen warriors to protect Earth. His larger-than-life personality, inspired by Marvel’s Luke Cage, is complemented by powerful robotic arms fitted to enhance his favored style of combat – boxing. It already looks like the movie will take liberties with his origins (the trailer shows Sub-Zero removing his organic arms). Mehcad Brooks‘ performance seems like it will bring the same energy that made the character lovable in the games.

He is Liu Kang’s best friend and a fellow member of the Shaolin monks. He is the last living ancestor of the Great Kung Lao, the former Mortal Kombat champion who lost his life to Goro and Shang Tsung 500 years prior. Known to be every bit as honorable as Liu Kang, his ultimate goal is to find eternal peace on Earth, and he often chooses the route of non-violence when possible. Despite this, he is well-known to be a deadly combatant with the aid of his razor-tipped hat and extreme proficiency in martial arts. Max Huang will embody the role on screen.

She is the monstrous clone of Princess Kitana. After conquering the realm of Edenia, Shao Khan took the former ruler’s family as his own. Fearing his newly adopted daughter would eventually rebel (she did), he created a more loyal copy with the essence of both Kitana and a warrior from the terrifying Tarkatan race. Known as Mileena, the disfigured clone was raised as Kitana’s sister until her taste for flesh and violent tendencies turned her into an efficient assassin. Though Kitana has not gotten confirmed yet to appear in the film, Sisi Stringer will bring her evil counterpart to life.

He is one of the more minor characters appearing in the movie. Kabal is an on-again-off-again member of the Black Dragon crime organization. The Black Dragon member got introduced as a reformed mercenary in Mortal Kombat 3, who used his expertise with hook swords and surprising super-speed abilities to act as both a hero and a villain of Earthrealm. He was renowned for his intense body scars, which resulted from an attack by Shao Khan. It left him reliant on high-tech respirators for survival. A man of few words, he will be played by stunt actor Daniel Nelson in live-action with Damon Herriman providing his voice.

A winged vampiress, Nitara is a freedom fighter masked by a haunting facade. Only making a handful of appearances in the franchise, the character is an inhabitant of Outworld hell-bent on freeing her homeworld from its unwanted bond with Shao Khan’s empire. Elissa Cadwell and Mel Jarnson will team up for Nitara’s cinematic debut.

He is a prince and the reigning Mortal Kombat champion for 500 years. This four-armed beast became the brawn to match Shang Tsung’s brain and helped place a stronghold on the fighting tournament to take over Earth. After centuries of easily vanquishing opponents ill-equipped to deal with his hulking frame, Goro finally tasted defeat at the hands of Liu Kang. He would return, however, as one of Shao Khan’s favored warriors. Goro would consistently be a threat to the heroes of Earth. Angus Sampson will voice the Shokan in the movie.

For all you Justice League fans out there, Reiko is the Steppenwolf to Shao Khan’s Darkseid. The leading general in Outworld’s world-conquering army, Reiko has a knack for brutalities with a variety of large weaponry. He possesses a brilliant strategic mind despite looking like a cliché meathead. There was once a fan theory that Reiko and Khan were one-in-the-same, and though the games have since proved it to be false, I wouldn’t put it past the upcoming film to adapt the theory into a reality. Especially with Khan look-alike Nathan Jones in the Reiko role.

This guy didn’t get confirmed for the movie, but the first trailer included some footage of a lizard creature that looks a lot like him. So, I’ll keep you informed just in case. Reptile is one of the last remaining members of his species. They were wiped from the map by Shao Khan. He became a sort of Grima Wormtongue-type slimeball character (you’re welcome, LOTR fans) who serves Khan in the hopes that the conqueror will bring his race back to life. Often underestimated by his opponents, Reptile has many natural abilities that help him in a scrap, including sharp claws and venom spit. If it is Reptile in the film, it’s unknown who is playing him.