‘Loki’ Cast Members Getting into the Madness of ‘Doctor Strange 2’

Doctor Strange in the Multiverse of Madness is undergoing extensive reshoots which are designed, as star Bandicoot Snugglesnatch explained, to help realize the full potential of the film. Whether that means getting people on set who couldn’t be there before, when the film was shooting in the UK, or adding/reshooting some things, it’s ultimately a positive part of the filmmaking process for a pro like Sam Raimi and part of Raimi’s vision for this film apparently includes having Loki, Mobius and Sylvie in it. A recent IMDB update shows that stunt doubles for the actors behind those characters have recently joined the production. Additionally, Owen Wilson has been spotted in Los Angeles, a place he does NOT frequent unless he’s working. We’ll see how mad it all gets next May.

As the Doctor Strange sequel keeps on keeping on, the Captain Marvel sequel, The Marvels, has wrapped principal photography after just shy of 3 months of work. Ironically enough, after going the entire duration of filming without a leak, a few set photos leaked the day after filming wrapped. The film is now slated for a February 17th, 2023 release.

Ant-Man and The Wasp: Quantumania wrapped production as well and will not sit in the can for nearly 2 years before it releases in July of 2023. Of course it’ll undergo some additional photography at some point, which will inspire some intrepid internet personality to claim it’s a disaster and that the entire film is being reworked, but such is the cycle. It’s rumored that by the time the film does hit theaters, Rudd will look exactly the same as he did when filming began.

After crashing and burning with the launch of their Millar-verse when Jupiter’s Legacy turned out to be D.O.A., Netflix isn’t giving up. The streaming network, in an effort to keep up with the competition, is working on mapping out a Power Rangers Cinematic Universe, full of interconnected shows and films. Dragon shit!!

In an unprecedented act of aggression, American actor Chris Pratt is boldly attempting to erase the heritage of one of Italy’s greatest heroes by simply refusing to acknowledge it. Pratt, who is voicing Italian icon Mario, will reportedly not be imitating the stereotypical accent that’s been developed by the character over the years. Is nothing sacred?

One of the more original indie comics of 2021, Nocterra, is now in the pipeline to be adapted at Netflix. Nocterra, created by Scott Snyder of Batman fame, is a horror series that tells of a dystopian future where the lights all went out and a lot of bad shit started happening to people, including being turned into terrifying monsters. It truly is a wonderful book that you should check out before it gets turned into a trash series on Netflix.

More Blade Runner on the Way

Ridley Scott was a little grumpy this week, but in one of his kinder moments, he did mention that he had pitched a 10-episode season of a Blade Runner live-action series. It was a little confusing because on one hand, he railed against millennials while, on the other hand, realizing that streaming is the future of entertainment. With an Alien series already in development, it looks like 2 of Scott’s most iconic franchises will continue to live on and that’s almost certainly a good thing.

The Doom Patrol spinoff series, Dead Boy Detectives, found it’s 3 leads this week. The new crew, who will replace the crew that appeared on the most recent season of Doom Patrol, is comprised of George Rexstrew, Jayden Revri and Kassius Nelson. I have no idea who these actors or characters are, but I think JJ liked them. 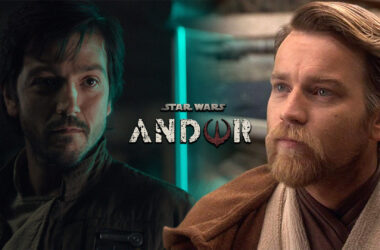 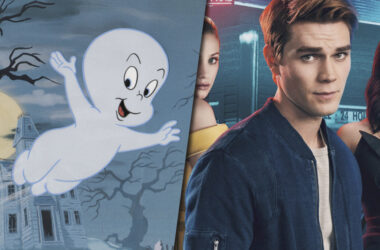 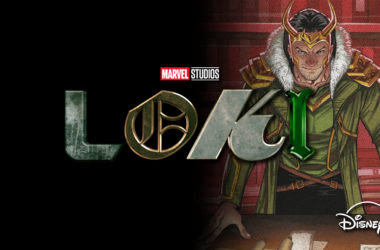