Charles Murphy
3
0
0
After a year of denials, Kevin Feige surprisingly confirmed that Charlie Cox would be reprising his role as Daredevil. Here’s a look at the potential future of the character in the MCU
Total
3
Shares
3
0
0

Late last night, Marvel Studios One-Above-All, Kevin Feige, confirmed that Charlie Cox would be returning to the dual roles of Matt Murdock and Daredevil. Cox first appeared in the roles in 39 episodes of the Netflix streaming series, Daredevil, and in 8 episodes of the crossover miniseries, The Defenders, which brought the hero together with Netflix’s other Marvel heroes, Jessica Jones, Luke Cage and Danny Rand.

Cox’s work in the role was universally well-received and when the series was cancelled in 2018, it came with a promise that the character would “live on in future projects for Marvel.” The non-renewal sparked the creation of the #SaveDardevil social media campaign and a great deal of social media outrage. It’s reasonable to assume that Feige saw and heard how beloved Cox was in the role and when Marvel Studios regained the rights to the character, found a way to start integrating him into the MCU’s Sacred Timeline narrative, beginning with Spider-Man: No Way Home.

While Cox’s involvement in No Way Home was first reported nearly a year ago, the star did his best to evade questions about the topic. Over time, however, Cox softened and began to at least entertain questions about what a potential return to the role might entail. Now that Feige has confirmed Cox’s return, not only can Cox, who often looked uncomfortable while having to keep that return secret, breathe easy, but fans can also look back at some other rumors that linked Cox to future MCU appearances.

Cox’s role in No Way Home has been reported to amount to an extended cameo as Matt Murdock but that appearance should set the stage for the actor to appear in multiple projects over the next several years. As I was told by a bulletproof source nearly a year ago, after his appearance in No Way Home, prepare to see a lot of Cox. Rumors persist that the next time we’ll see Cox will be the 2022 Marvel Studios Disney Plus streaming series She-Hulk. She-Hulk star Tatiana Maslany recently confirmed that the series was heavily influenced by the Dan Slott and Charles Soule runs on the comic; the latter is especially interesting in connection to a potential appearance by Cox. Soule, whose 12-issue run on the book began in 2014 (and is available for purchase here), is a lawyer himself and found a way to bring the two comic book counselors together for some fun. She-Hulk would be a great way for Marvel Studios to introduce that “reimagined, upgraded version” of Daredevil that he mentioned, including a new suit that would really set his MCU character apart from the one previously donned on Netflix. Something in a nice yellow should do the trick.

Beyond She-Hulk, confidence in the rumors dwindles but the connections that exist between Daredevil and other characters currently in the MCU can point fans in the right direction when thinking about where he’s likely to appear next. Hawkeye, which is now streaming on Disney Plus, introduced both Alaqua Cox’s Echo and recently teased Wilson Fisk/Kingpin, who will be played by Charlie Cox’s Daredevil co-star, Vincent D’Onofrio. With an Echo series in development, it’s possible that both Daredevil and Kingpin appear in supporting roles. Recent rumors also point to Marvel Studios now developing a solo Daredevil project, though whether it’s a film or streaming series was unknown. With She-Hulk in 2022, Echo in 2023 and a potential Daredevil project in 2024, it’s safe to say audiences will find themselves seeing a lot of Cox over the next 3 years. But could there be more than that in store for fans?

The beauty of integrating Daredevil into the MCU’s Sacred Timeline is that it allows the character to operate both in his own street-level corner and interact with other characters in an already fully-developed world. Spider-Man: No Way Home and She-Hulk are just the tip of the iceberg in this regard. Daredevil and Spider-Man have a long standing friendship and with Marvel and Sony reportedly getting ready to collaborate on another trilogy, fans could see the two spending some time on some rooftops in the future. For fans of the comics and the animated series, it’s a relationship they’ve been waiting to see and one that couldn’t have been possible just a few years ago. With D’Onofrio hinting that he’d like to see his character take on Spider-Man down the road, it’s possible that a future Spider-Man or Daredevil project could see the two bringing one of their classic comic book Team-Ups to the screen to take on the Kingpin. The possibility also exists of seeing Daredevil join the Avengers down the road. While the character has always been more comfortable in the confines of Hell’s Kitchen, he did join the New Avengers for a spell during the “Fear Itself” event.

The reality is that there plenty of options out there for Cox to continue to give the character new life. Feige’s confirmation of Cox returning to the role is no small thing. Daredevil has nearly 60 years worth of stories, some of which stand among the best in the history of Marvel Comics. His rebirth into the MCU as an all-new, all-different Daredevil allows for the studio to keep what they liked about the character (which is pretty much just Cox) and retell the parts of the story they think need retelling. Future projects could dive back into Frank Miller’s work and allow the character to have another run in with Elektra, a showdown with a comic-accurate Bullseye and the reworking of the Hand to make it the threat it deserves to be; it could also take an entirely different route and follow the spirit of other great runs by the likes of Brian Michael Bendis, Charles Soule or Mark Waid. While fans wait to see how Marvel Studios adapts the Fantastic Four and X-Men to the MCU, they should be equally excited to see how they handle Daredevil. 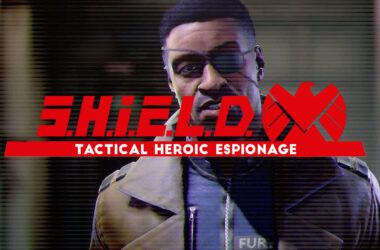 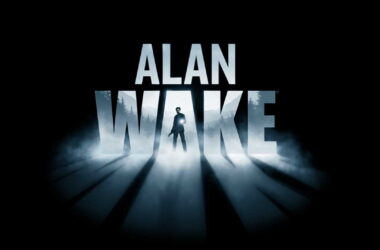