Charles Murphy
1
0
0
We take at what fans of the Marvel Cinematic Universe can expect during November’s inaugural Disney Plus Day.
Total
1
Shares
1
0
0

We’ve believed for a long time that Marvel Studios news hits hard enough that the studio doesn’t need a convention. Last year’s Investor Day made that point clear, and it seems like the first Disney Plus Day is going to remind us all that Marvel Studios has plenty to share on its own terms.

Yesterday we learned that the inaugural Disney Plus Day, planned for November 12th, would feature special D+ exclusive programming that will include an “exciting look towards the future” of the Marvel Cinematic Universe. That look was described recently as one that would include the past, present and future of Marvel Studios on the streaming service full of first looks and new announcement. With that in mind, here are a few guesses as to what we can expect from Kevin Feige and company.

Last year’s Investor Day Fact Sheet had Ms. Marvel set for a 2021 release on the streaming service. Unfortunately, though, things change (especially during an ongoing health crisis) and we are now going to have to wait until the second half of 2022 for the series to introduce Kamala Khan to the MCU. We don’t have an exact date for Ms. Marvel yet, but it seems like it will be ready to go to kick off the new year. So a full trailer with a release date reveal would be in line.

Moon Knight has been a tough nut to crack. Any “leaks” have been trickles, with only one leaked photo of a costume hitting the web; at this point, we still don’t know who any of the series leads other than Oscar Isaac will be playing and there’s no plot information to be found. A sizzle reel showing off the costume, the physicality and Ethan Hawke’s villain, who many think might be Dracula, would give fans a lot to talk about.

A First Look at ‘She-Hulk‘

Unlike Moon Knight, info on Marvel’s legal comedy She-Hulk made its way into the world during production. We’ve seen a few glimpses at characters, learned who Jameela Jamil is playing and heard some other awesome rumors about the series that make it sound like it’ll be a blast (Skaar! Daredevil! Seriously?). With that in mind, it would be great for Marvel Studios to give us a first look at it whether it be a trailer or a sizzle reel to give fans a sense of just what’s in store tonally, especially from star Tatiana Maslany.

A Cast Update on ‘Secret Invasion’

Secret Invasion is set to begin filming shortly and while the trades have reported on castings outside of Samuel L. Jackson and Ben Mendelsohn, the project remains pretty…secretive. It would be great to get some more info on the project, including learning the roles of stars Emilia Clarke, Olivia Colman and Kingsley Ben-Adir (who I know is playing a Skrull).

An Official Announcement for Echo and Werewolf By Night

Among the more perplexing things about the slew of announcements made at 2020’s Disney Investor Day was the absence of a couple of projects from the Fact Sheet that, as it turns out, will go into production and probably stream BEFORE a few that were on there. Echo and Werewolf By Night are now both known to be happening, but Marvel Studios has remained quiet about them despite openly looking for cast members for at least one of them (Echo has been casting for some time). The D+ Day special would be a good time to update fans on them as they go into production early next year and are likely to be included in the 2022 slate.

An Update on ‘Loki’ Season 2

A recent production publication indicated that Loki Season 2 would start work in Atlanta in early 2022. While we have no idea if this is accurate, we might well find out tomorrow!

A Tease of Future D+ Projects

Marvel Studios has about a dozen or so streaming series in development. We know some are animated and some are live-action but we don’t know what any of them are. A little tease can go a long way here in hyping up fans for the future of the streaming service (what better way to get fans to buy a 3-year sub than to tease the awesome stuff they can see over the next 3 years!). The Untitled Wakanda project, Ghost Rider, Secret Warriors, Illuminati, Nomad and more could be among these teases. In fact, we still know very little about Ironheart and Armor Wars, which were announced almost one year ago and are expected to go into production next year.

When and Where to Watch Marvel Studios Presentation

According to Disney, fans are getting pre-recorded features rather than a livestream, so all of the features will be available on Disney Plus throughout the day. While Disney Plus Day officially kicks off at 9:00 AM ET, the Marvel Studios presentation won’t stream until 11:45 AM ET. The good news is that it’ll be available for fans all day, so if you’re not around at 11:45, you’ll be able to watch it at your convenience on your phone, tablet, laptop, desktop or TV. Of course, we’ll be covering all the major news from the event right here, so be sure to check back in with us tomorrow! 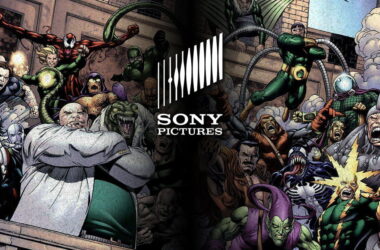 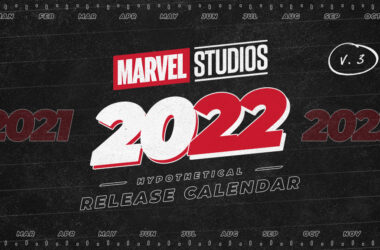 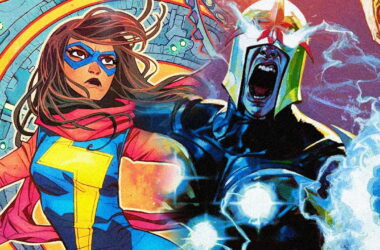